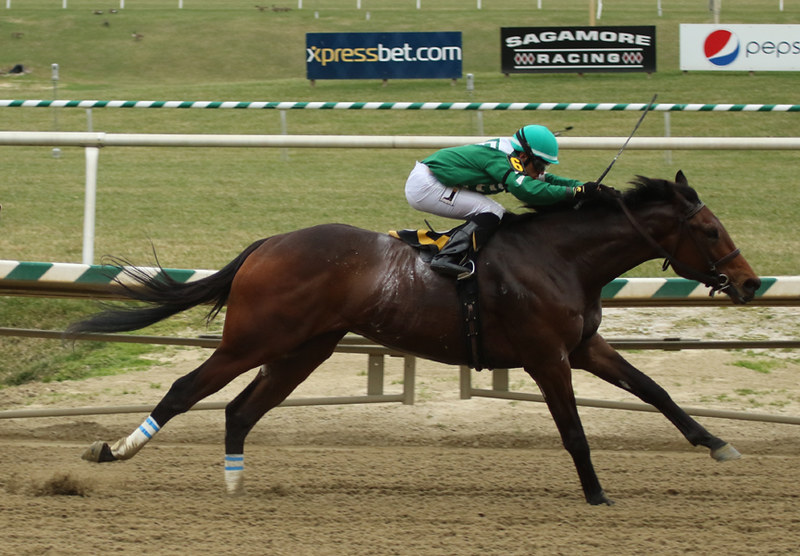 WHO IS ABIDING STAR?

One of three Preakness contenders by Uncle Mo (sire of Kentucky Derby winner Nyquist), Abiding Star lost his first six starts as a two-year old before breaking his maiden in the claiming ranks on New Year’s Day at Laurel Park. Something clicked with that maiden win and Abiding Star has won all four of his subsequent starts, including the Private Terms stakes at Laurel and the Parx Derby.

Abiding Star’s connections had originally planned to enter him in the Tesio stakes at Laurel in April, a “Win and You’re In” race for the Preakness. However, after the equine herpes virus broke out at Parx, he was quarantined and unable to leave the grounds. Abiding Star easily won his last two starts at Parx while he waited out the quarantine.

WHAT THEY’RE SAYING ABOUT ABIDING STAR

“The horse came out of the (Parx) Derby a monster; he came out of it super,” trainer Ned Allard told The Blood Horse.  “I haven’t met Muhammad Ali yet with this horse. We’ve beaten everybody led to him this year, and he seems to get a little better with every start. It remains to be seen what kind of horse he could actually be.”

Abiding Star is riding a hot streak of five straight victories coming into the Preakness. His front-running style may be well suited to the speed-favoring Pimlico track, although it is likely he will be vying for the early lead with some of the other entrants. Local jockey J. D. Acosta got his first American win at Pimlico in 2002 and his racing experience over the track may help him guide Abiding Star to an upset victory.

The Preakness will be Abiding Star’s first attempt in graded stakes company. Three of his competitors, including the top two Kentucky Derby finishers, are more accomplished in terms of graded stakes wins. Although he has improved in every outing of his three-year old season, Abiding Star’s speed figures to date are not competitive with the top two Derby finishers, both of whom are entered for a rematch.