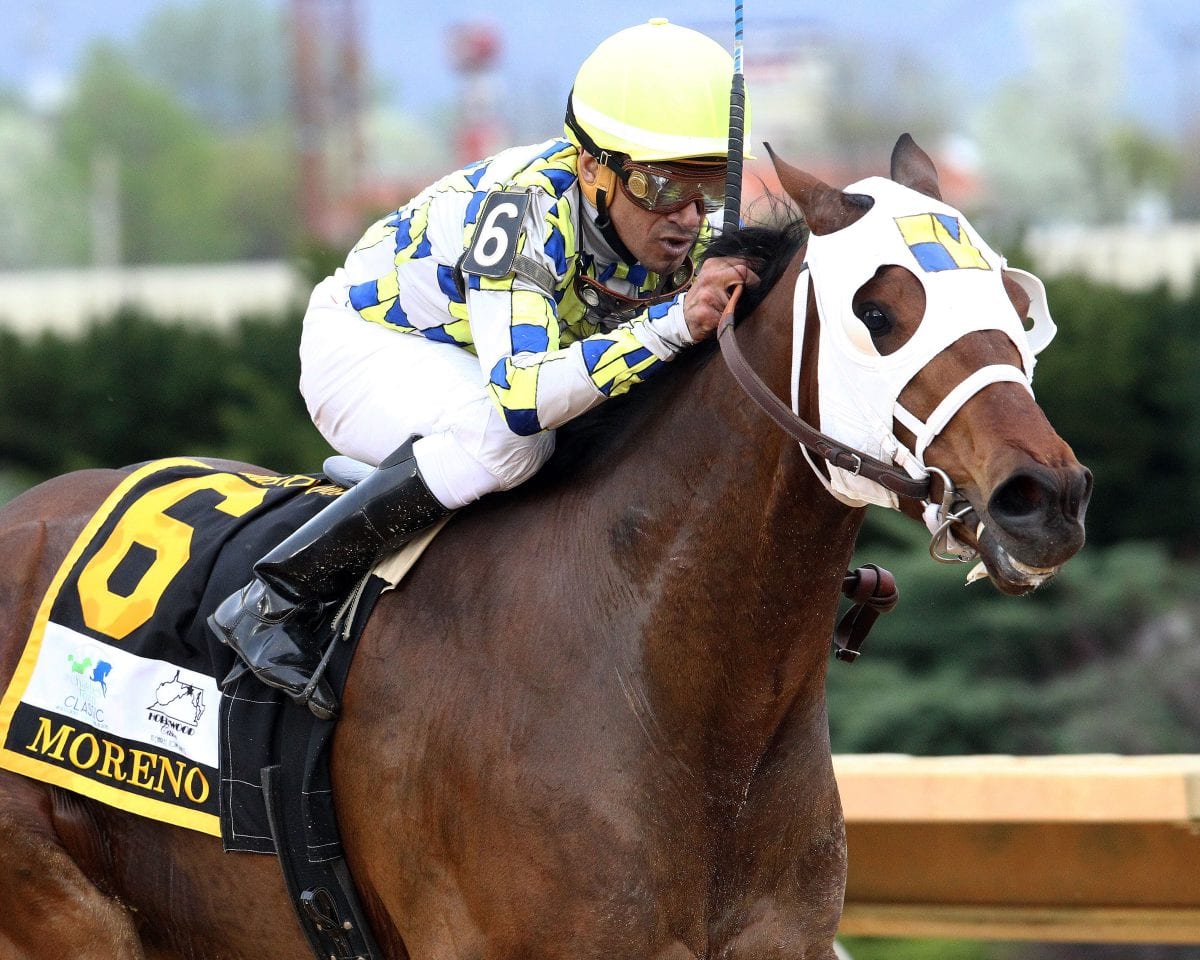 The top four finishers in this month’s Santa Anita Handicap (G1) and 21 graded stakes winners in all headline a list of 56 nominees for the $1,250,000 Charles Town Classic (G2) coming up on April 23 at Hollywood Casino at Charles Town Races. The Charles Town Classic, which stands as the country’s co-richest race outside of the Triple Crown and Breeders’ Cup, is the marquee event on the 13-race card that gets underway at 12:45 P.M. EST.

Should Big Cap victor Melatonin make the trip east for the Charles Town Classic, it would mark the fourth consecutive year – and fifth time in the race’s last six runnings – that the Santa Anita Handicap winner made their next start in West Virginia’s eastern panhandle. Other nominees exiting the Big Cap include runner-up and 2015 Gold Cup at Santa Anita (G1) victor Hard Aces, third place finisher and 2014 Charles Town Classic champ Imperative, as well as Clark Handicap (G1) winner Effinex and J. Paul Reddam’s Donworth who the public sent off as the 2.50-to1 second choice behind Effinex at Santa Anita.

2016 Penn Gaming Racing Challenge winning trainer Mike Maker has a trio of horses nominated to the Charles Town Classic, with the top two being 2015 Louisiana Derby (G2) winner International Star and S’maverlous who upset the New Orleans Handicap (G2) this past weekend. Following the race, Maker indicated that S’maverlous would make his next start in the Charles Town Classic.

Nominations for a pair of undercard stakes – the $150,000 Sugar Maple presented by CANTER Mid-Atlantic for fillies and mares and the $100,000 Robert Hilton Memorial for three-year-olds, both run at 7 furlongs – close on April 9.