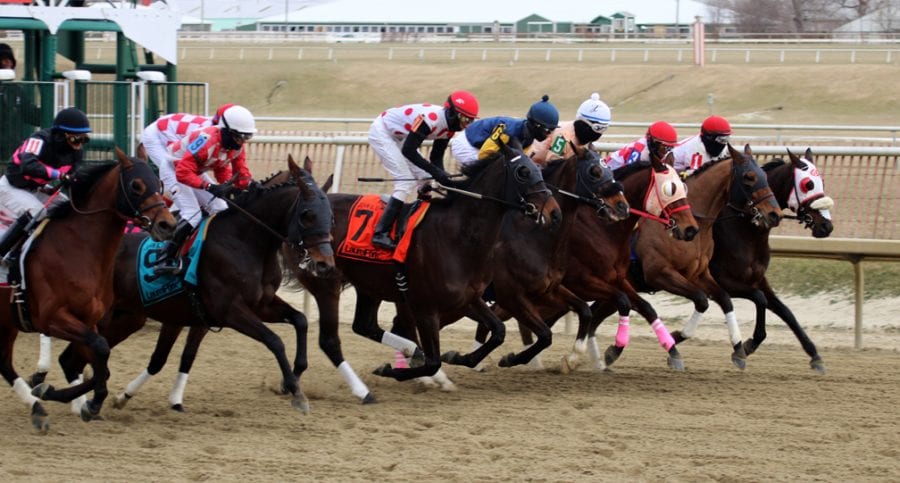 The Association of Racing Commissioners International (ARCI) — which bills itself as “the only umbrella organization of the official governing rule making bodies for professional horse and greyhound racing” — is in the midst of a series of “town hall” meetings through which it is trying to build consensus on what problems racing faces and how best to tackle those problems.  In the meantime, the racing industry has been roiled by a proposal in Congress to create a “Thoroughbred Horseracing Anti-Doping Agency” that would have unprecedented authority over medication rules; that proposal has been advanced by The Jockey Club and other groups and is opposed by ARCI and most horsemen’s organizations.

ARCI president Ed Martin is spearheading the town hall effort.  Martin, a former aide to US Senator Alfonse D’Amato (R-NY) and head of the New York State Racing and Wagering Board, sat down with us prior to his March 15 presentation to the Maryland Racing Commission.

THE RACING BIZ: What was the genesis of these town hall meetings? And what are you trying to accomplish?

ED MARTIN: The reason why we’re doing this is the politics has gotten out of control to the point where you have entities involved in racing hiring lobbyists and PR firms to advance legislation in Washington that is highly controversial in the industry.  Those who advocate that can only succeed by having their experts walk the halls of Congress and tell elected officials that the sport is bad, and that’s a terrible thing to do to  a sport that is competing with other sports and with other forms of gaming for the entertainment dollar.

That’s a terrible thing to do, to go to Congress and say the sport is is all screwed up and we need you to do something.  It’s like setting fire to your hair and trying to put it out with a hammer.

We figured, let’s identify what the problem is that we absolutely need to solve.  Now, the early meetings we’ve had, a mechanism to have uniformity is percolating up as a problem, as is what people believe to be a lack of understanding about what is done in racing to police the sport.  They feel people don’t understand the similarities in what is done racing to what is done in human sport

THE RACING BIZ: How did we get to this point?

[The problem is that] the proposals that have been developed were always developed by a narrow group of individuals. They didn’t do it in consultation with he rest of the industry. They didn’t get everybody together at the same table.  My experience in Washington is that when an industry needed help from Washington, the industry needed to be united. What we have now is an industry that is polarized over this issue.  There is no consensus to do what is being proposed, but people are spending considerable amounts of money to paint a negative image of the sport so they can advance their political agenda.

THE RACING BIZ: The industry has made strides in promoting greater uniformity in recent years, through the uniform medication program.  Yet as we’ve seen, uniformity on paper doesn’t always mean true uniformity.  One of the senses that many people in racing have is that, even with laboratory accreditation, different commissions may be more aggressive on different things, depending on how much they’re willing to spend on drug testing.  What’s your take on that?

You can only drive the car as far as you have gas in the tank.  That’s not an excuse, but it is a factor.

THE RACING BIZ: Here in Maryland, we recently had a high-profile medication case in which a Maryland Million winner had a prohibited substance in his system.  When the Racing Commission upheld the stewards’ decision not to disqualify the horse, some in the state suggested that the Commission was merely acting to protect the winning connections.  True or not, that’s a damaging perception to have.  But the alternative, such as that envisioned in the federal bill, of specifically excluding industry participants seems unsatisfactory, too.  What’s the sweet spot in this regard?

ED MARTIN: This is a small world, and when you’re regulating the small world, you just get to know people. It doesn’t mean you’re going to cut them any deals.

Every state has a different policy as to who they want to be represented on this thing. I came from New York. The members of the old New York State Racing and Wagering Board, as well as the current Gaming Commission, they’re not allowed to have any interest whatsoever in horse racing or gambling or anything like that. It’s firm.

Other states have taken as a public policy that if you’re going to be making policy that’s going to affect an industry, somebody on the Commission ought to understand the industry. So they vary the requirements.  The professional staffs – the people who actually police the sport – they are not allowed to have any involvement in horse racing. They for the most part have to do financial disclosure, they are subject to ethics laws. If you believe somebody cut somebody an inappropriate deal, that’s probably a violation of the statute.

THE RACING BIZ: In another high-profile case out of this region, the runner-up in the 2014 Delaware Handicap (G1) was found to have a prohibited substance.  But there, when faced with possible court action, the state Racing Commission, which had adopted the ARCI model rules, declined to defend the rules and allowed the horse to remain in second place.  The attorney there said the rules didn’t mean the Daubert standards, a legal standard governing the admissibility of scientific and expert evidence.  Does that jeopardize entire model rules structure?

ED MARTIN: Here’s what we did after that.  Our concern for the system — and remember, it’s easy to pick two or three cases out of 1,000 where something went wrong — we got all the regulatory attorneys on the phone – assistant attorney generals across the country — and we talked about the Supreme Court Daubert standard for scientific evidence and policies.  To an attorney, including the attorney who that handled the case in Delaware, they felt there was no exposure on how we set the policies or how we enforce the policies, of getting cases overturned on the Daubert standard.  What the attorney from Delaware said to the group was that there were things specific to this case that drove what ultimately was decided.  For the life of me, I don’t know what they were.

But we’re not worried about the scientific basis of the system.  Nobody’s really winning on the science when these cases are challenged.  When you look at the number of cases that come forward and the number of appeals that occur, people appeal drug cases all the time, and they’re losing. They’re overwhelmingly losing.  They’ll go out and spend a lot money on an attorney, they’ll bring in expert witnesses, and at the end of the day, they lose.