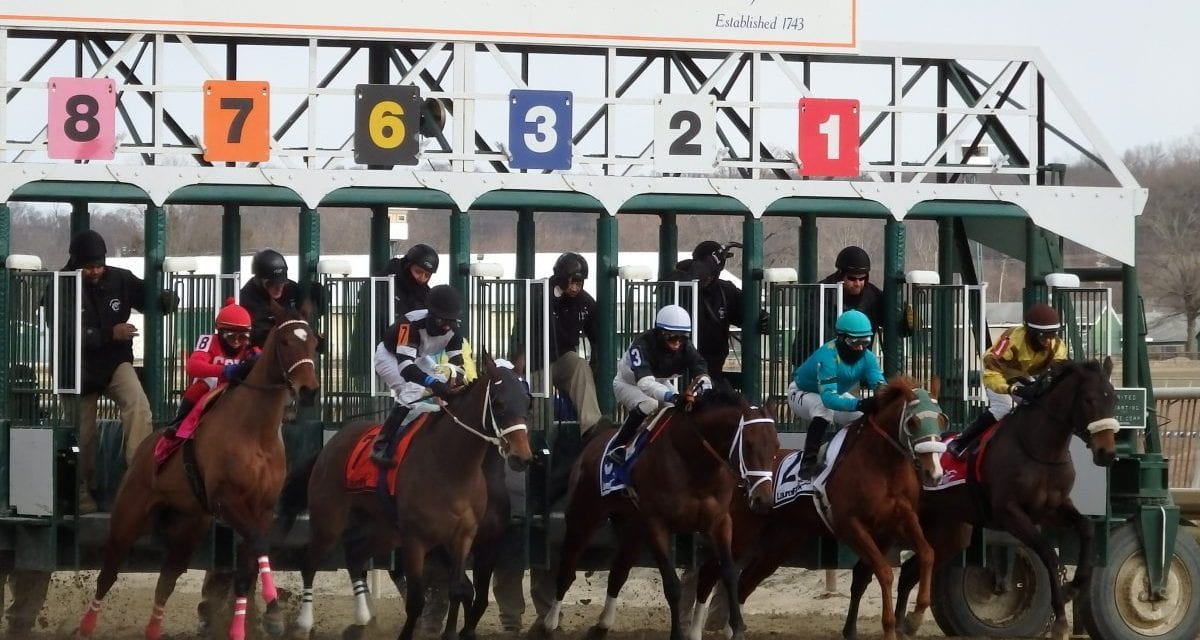 After watching his talented, lightly raced three-year-old colt Marengo Road capture the $75,000 Miracle Wood Stakes on Presidents Day at Laurel Park, trainer Mike Trombetta is hoping the sophomore son of Quality Road’s path to the Preakness Stakes — or at least his own path to that race — will have taken a slight detour through Aruba.

After saddling Marengo Road to victory in the Miracle Wood at the one-turn mile distance at Laurel on the undercard of the General George Stakes on a cold, snowy day in Maryland, Trombetta quickly opted for warmer climes and headed to Aruba for a quick vacation. Marengo Road, however, was not as fortunate and traveled back to the Fair Hill Training Center to begin preparations for his next outing at Laurel and then possibly the Preakness Stakes at Pimlico on the third Saturday in May.

“We’ve known right from the beginning that this colt had plenty of talent,” said Trombetta, who returned to Maryland on Monday. “He didn’t really run his race that first start [on Aug. 1 at Laurel, when he finished seventh] but he ran much better his next two starts. He got his first win in that race going long on the turf, but we knew he would eventually be better on the dirt. In his first start this year we knew the [seven-furlong Frank] Whiteley was going to be a little short for him and we thought he would be much better going a mile in the Miracle Wood.”

Marengo Road has won three of eight career outings and earned over $117,000. Oddly enough, all three of his wins have now come at one mile at Laurel Park, two on the main track after he earned his diploma on the grass. He notched his second win in a one-mile allowance on the main track when he trounced rivals by nine lengths, but then he was humbled by Mohaymen and seven others when ninth and last in the Grade 2, $300,000 Remsen Stakes at nine furlongs over the Aqueduct main track in the final start of his freshman campaign.

Following a series of modest works at Fair Hill, Marengo Road made his three-year-old debut in the $75,000 Frank Whiteley Stakes last month at Laurel Park. He chased Never Gone South throughout and settled for second as that one romped home nearly eight lengths clear in the seven-furlong affair. Trombetta was hardly fazed by that setback, though, and after two more workouts he sent Marengo Road into the Miracle Wood for prominent owners Harry C. Meyerhoff and son Tom C. Meyerhoff.

Just four days before the Miracle Wood, Harry Meyerhoff passed away at the age of 86. The Baltimore native owned numerous talented horses during his extended tenure in the sport, and he will always be linked with Spectacular Bid, the 1979 Kentucky Derby and Preakness winner who settled for third in the Belmont Stakes. Spectacular Bid garnered Horse of the Year honors that year and again in his undefeated 1980 season en route to a spot in the National Racing Hall of Fame in Saratoga, New York. In many respects, Trombetta viewed Marengo Road’s win in the Miracle Wood as a fitting tribute to his late owner.

“Mr. Meyerhoff was such a great man,” Trombetta said. “He was great for the sport. He loved his horses. It would have been nice to have him at Laurel for the Miracle Wood. It was an honor to be able to train for him.”

Like Meyerhoff, Trombetta has been on the Triple Crown trail before, with Sweetnorthernsaint, who ran sixth, behind Barbaro, as the favorite in the 2006 Kentucky Derby after winning the Illinois Derby at Hawthorne. Two weeks later in the Preakness, Sweetnorthernsaint finished second behind Bernardini on a day when Barbaro broke down early in the race. Sweetnorthernsaint went on to win eight races and earn nearly $950,000.

Trombetta was not about to make comparisons between Sweetnorthernsaint and Marengo Road, but the local conditioner is hopeful that the Quality Road colt will continue to improve and perhaps also earn a place in the starting gate for the Preakness. Trombetta noted that Marengo Road could run next in either the $75,000 Private Term Stakes at 1 1/16 miles March 12 or the $100,000 Federico Tesio Stakes at 1 ⅛ miles, both at Laurel Park, but doubted that the Miracle Wood winner would tackle both.

“He came out of the Miracle Wood great,” Trombetta said. “The timing and the distance of that race were ideal. I definitely want him to try two turns next time. We might point him for the Private Terms or the Tesio and then see if he deserves a shot at the Preakness. Right now it’s way too early to tell. He ran a heck of a race in the Miracle Wood and I suspect we’ll face [runner-up] Charmed Victory again. They’re both nice colts and they both look like they want to go further. He’ll probably work again later this month or early next month and then we’ll see if we want to go in the Private Terms or wait for the Tesio.”