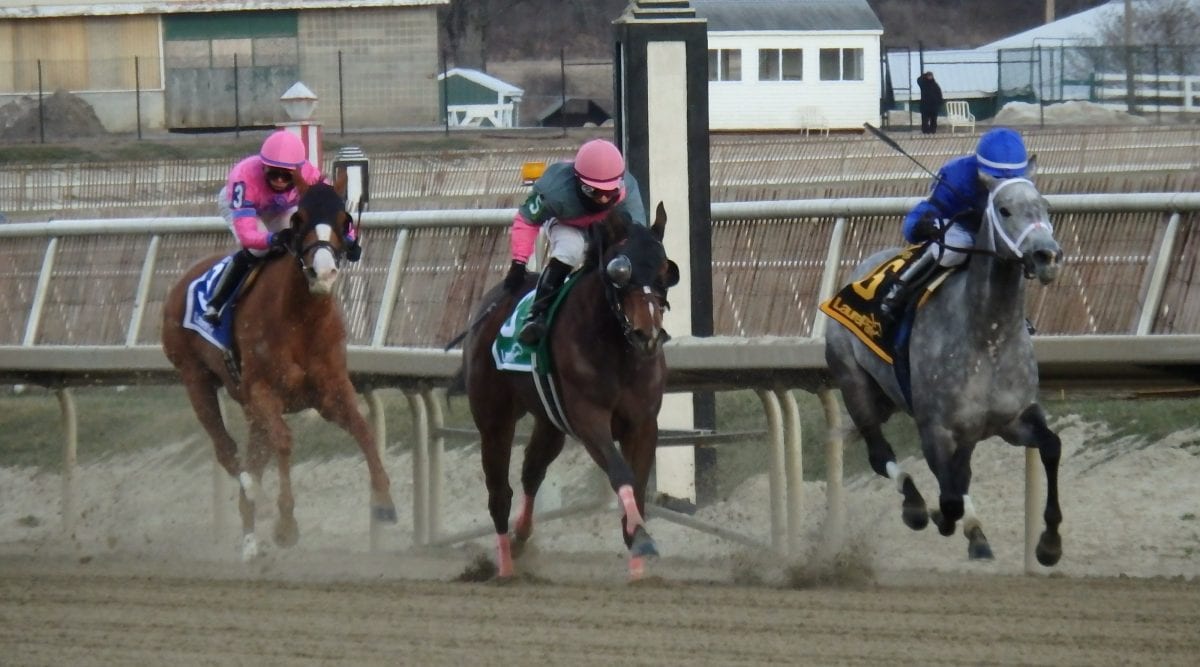 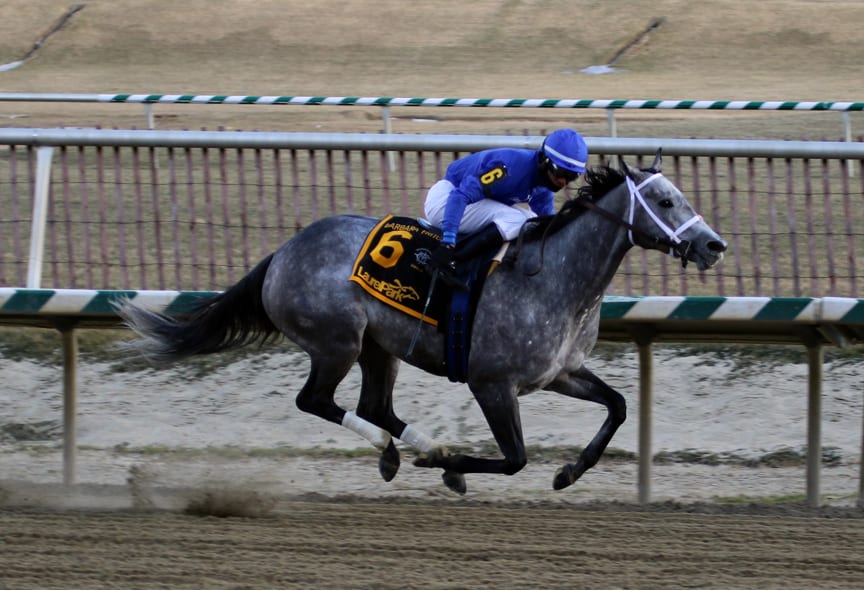 Fans and bettors had plenty of horses to talk about prior to today’s $300,000, Grade Barbara Fritchie Stakes at Laurel Park.

There was local favorite Lady Sabelia, the defending champ, who had won two straight, seemed to own the Laurel Park oval, and figured to sit a good stalking trip.

Then there was Hot City Girl, a dominant winner of the Safely Kept over the strip in November, who most recently was a tough-luck second in the Grade 1 La Brea at Santa Anita.

And that’s not even mentioning last year’s Fritchie runner-up, Princess Violet, who had earned Grade 1 laurels in her very next start, in the Madison at Keeneland.

But in the end, it was another below-the-radar runner who proved best.

“She has been preparing very well, and Kiaran had her ready today,” said assistant travel trainer Althea Roy. “She ran beautifully.”

Dancing House bobbled out of the break but quickly moved to second within a length of the early zip of Hot City Girl.  The pair ran one-two through a quarter-mile in 22.87 seconds and a half-mile in 46.34.  But Dancing House was cruising comfortably, while the pace was taking its toll on Hot City Girl.

“She stumbled a little bit out of the gate, but we were able to gather ourselves,” said winning rider Kendrick Carmouche.

At the head of the lane, Horacio Karamanos and local favorite Lady Sabelia, rated back into sixth early in the race, looped up outside the top pair and loomed a major challenge.

But Dancing House, under what the chart called “aggressive hand encouragement,” fought on and turned back her more accomplished rival.  Clothes Fall Off, also trained by Kiaran McLaughlin, rallied late on the outside to earn the place spot, while Lady Sabelia tired by held the show.  The winning margin was 1 3/4 lengths, and it was another 1 1/2 lengths back to Lady Sabelia.

Local runner Sweet On Smokey, winner of the What A Summer here in January, rallied into fourth.  Wonder Gal, Hot City Girl, and Princess Violet completed the order of finish.  Running time for the seven furlong trip was 1:25.23.

While it may have seemed that the race went exactly according to plan for the winner, Carmouche, her rider, said that, in fact, there was no particular plan.

“Kiaran does not usually give instructions to the jock,” he explained.  “He expects a professional ride every time.”

Dancing House, a Kentucky-bred owned by Godolphin Racing LLC, is a daughter of Tapit out of the Grade 1-winning millionaire Tout Charmant, a daughter of Slewvescent.

She’s had something of star-crossed career, with four prior stakes placings but no victories, and a limited resume showing just 10 previous starts over three seasons, the result in part of ankle chips that cost her most of her 2014 season.  In her most recent start, she had chased Eclipse champion distaff sprinter La Verdad gamely, finishing second to that rival in the Interborough at Aqueduct.