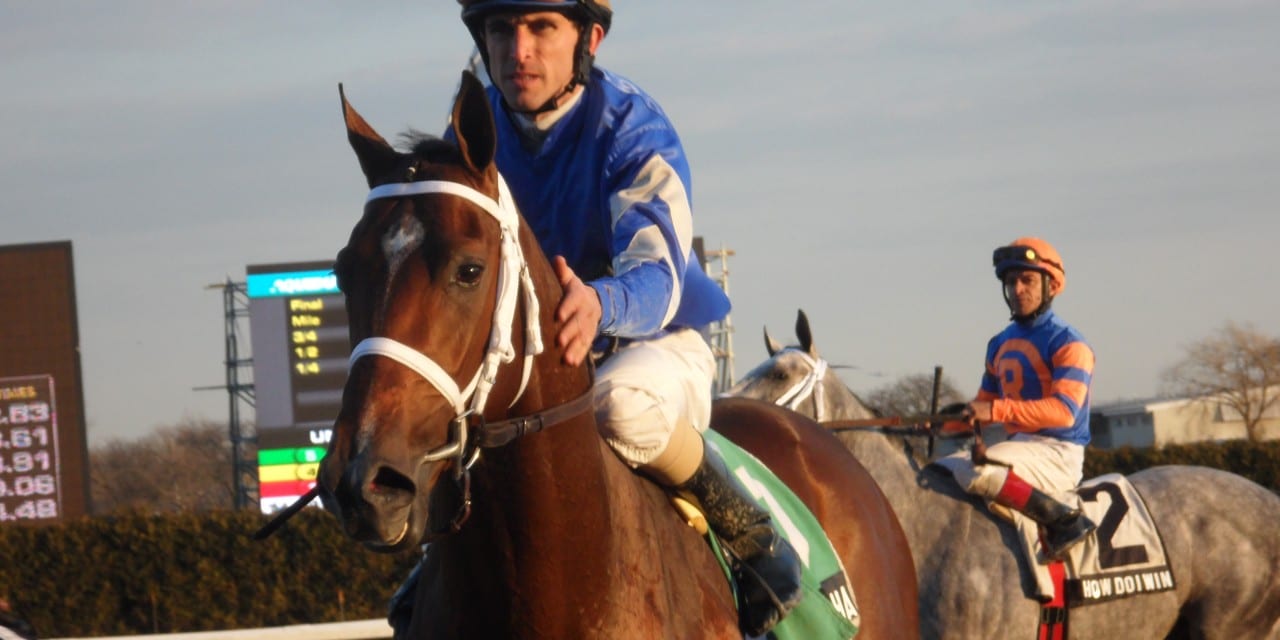 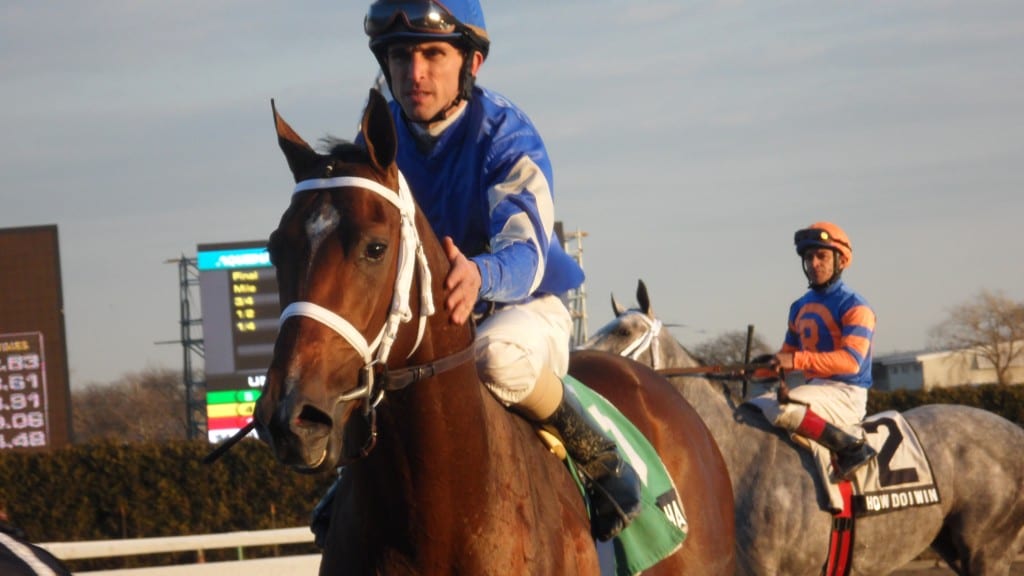 Retired jockey Ramon Dominguez will be eligible for Hall of Fame consideration this year, the National Museum of Racing and Hall of Fame announced — two years earlier than under normal procedures, the Associated Press reports.

Riders typically are eligible for consideration once they have ridden for 20 years, or five years after retirement, if they raced fewer than 20 years.  Dominguez retired in 2013, following a glittering 18-year career and thus normally would not have been eligible until 2018, five years after his retirement.

But the museum’s executive committee voted to waive the five-year requirement in Dominguez’s case, since he had been forced to retire because of injury and because, without the injury, he would have hit the 20-year threshold in 2015, thus making him eligible this year.  He suffered a head injury in a fall at Aqueduct in January 2013 and subsequently retired that June.

Dominguez is virtually certain to earn the Hall of Fame nod and likely sooner than later.  The native of Venezuela won nearly 5,000 races in his career, and his mounts recorded purse earnings of more than $191 million.  He won the Eclipse Award as outstanding jockey in 2010, 2011, and 2012 and scored in the Breeders’ Cup, winning the Turf aboard Little Mike in 2012 and Better Talk Now in 2004, as well as the Juvenile, with Hansen, in 2011.

Though he never won a Triple Crown race, Dominguez did steer three mounts to second place finishes in the Preakness: Scrappy T in 2005, Bluegrass Cat in 2006, and First Dude in 2010.

Mid-Atlantic racing fans have particularly fond memories of Dominguez.  Before he achieved his greatest fame riding in New York, Dominguez got his start regionally, winning a half-dozen meet riding titles in Maryland between 2000 and 2004.  In 2001, he was the leading rider at all four meets held at the major Maryland tracks.  He won five additional titles at Delaware Park, where he racked up more than 1,500 victories, 98 in stakes company.

It was during this time that Dominguez honed his craft, becoming known as a top rider with an outstanding sense of pace and an uncanny ability to avoid trouble.  He lodged his first Grade 1 victory in 2003 at Laurel Park, taking the Frank J. De Francis Memorial Dash aboard A Huevo, for trainer Michael Dickinson.

“He had an extraordinary knack for getting a horse to relax,” trainer Graham Motion told The Racing Biz following Dominguez’s retirement.  “Most of his rides on Better Talk Now had to really be timed to the last second; he just got there right in the nick of time.”

“He knew your horse,” added trainer Howard Wolfendale at that time, “but he also knew everybody else in the race. He rarely got in trouble: he rode a perfect race most of the time, and he never won by more than he had to.”