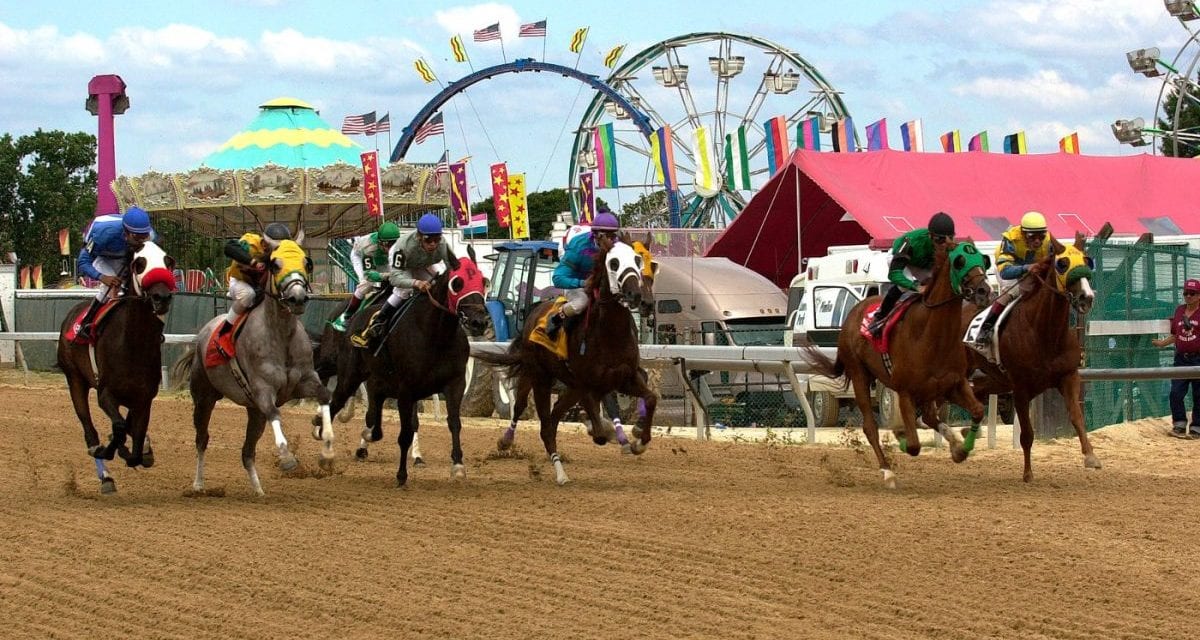 Five Baltimore County legislators have introduced a pair of bills aimed at stopping the opening of an off-track wagering facility (OTB) at the racetrack at the state fairgrounds in Timonium and prescribing a public involvement process for the Maryland Racing Commission to follow in considering future racetrack OTB applications.

Republican Delegate Chris West is the lead sponsor of both bills.

HB 704 would prohibit the Maryland State Fair and Agricultural Society, which operates the State Fair, including the Timonium racetrack, from hosting simulcast wagering except during the track’s live race meeting.  That meet takes place during the State Fair, which this year will be August 26 to September 5.

Notably, the bill would “apply retroactively” to any authorization to host simulcast wagering received “on or after January 1, 2016,” the proposed legislation states.

The bill is so-called “emergency legislation” that requires a yes vote by three-fifths of each house of the Maryland legislature.  It is cosponsored by West’s fellow Republican Susan Aumann and Democrats Shelly Hettleman, Dan Morhaim, and Dana Stein.

Sources have said the bill, which has been referred to the House Ways and Means Committee, is not expected to pass.

West also introduced HB 727, which would prescribe a public involvement process for the state Racing Commission to follow when considering future applications for racetrack off-track wagering.

HB 727 has the same group of cosponsors as does HB 704 and also has been referred to Ways and Means.

The Maryland Jockey Club has been working towards opening a Timonium OTB for some months, but community opposition spiked in advance of a scheduled January 22 Commission hearing.  That hearing, postponed because of the massive snowstorm that hit Maryland that day, will be held February 11 instead.

The Greater Timonium Community Council, which says it is “an umbrella organiztion” of “approximately 50” community and homeowners’ associations in the area, sent a letter January 19 to Commission executive director J. Michael Hopkins expressing its “vehement opposition” to the proposed OTB.

The letter, signed by Council president Eric Rockel, claimed that the OTB would “destroy the family oriented nature of the current Fairgrounds.”  It also suggested that traffic drawn by the OTB would “make already overburdened roads impossible to navigate.”

The OTB is projected to draw up to 150 patrons per day.  York Road, the major thoroughfare past the fairgrounds, sees more than 33,000 cars on an average day.

On that same day, West, Aumann, and state Senator James Brochin, sent a letter to Hopkins seeking a delay in the hearing, which the weather provided.

Brochin subsequently sought an attorney general’s opinion on whether the fairgrounds could open a year-round OTB without the statewide referendum required when opening other gambling establishments, such as casinos.  Attorney General Brian Frosh, however, opined that the law was unambiguously in the Fair’s favor.

Some of the opposition seems to be in reaction to what OTB opponents imply was a purposeful effort to keep the community in the dark about the proposal.

“It appears,” Rockel wrote, “that the hope was that the community would be in the dark until after an affirmative decision was made and the approval became a fait accompli.”