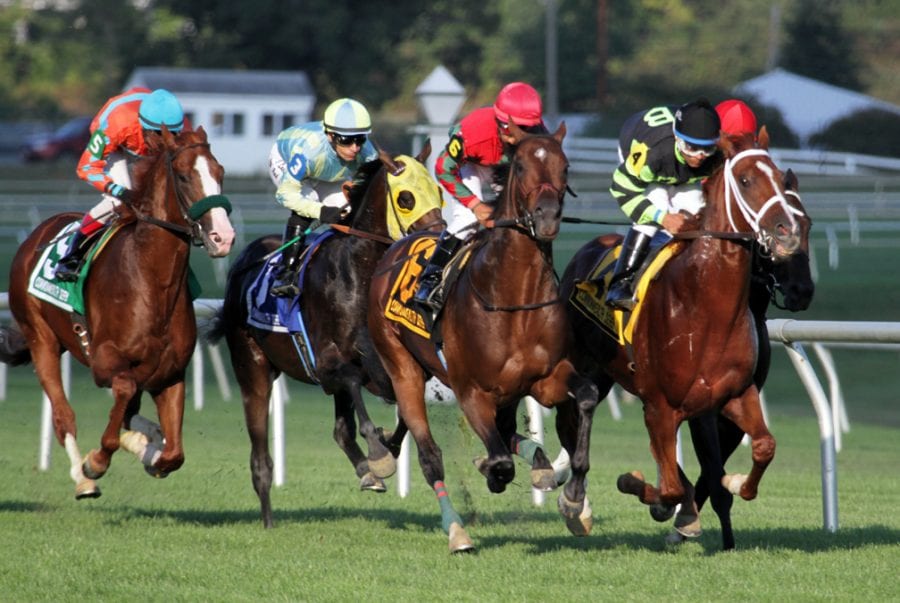 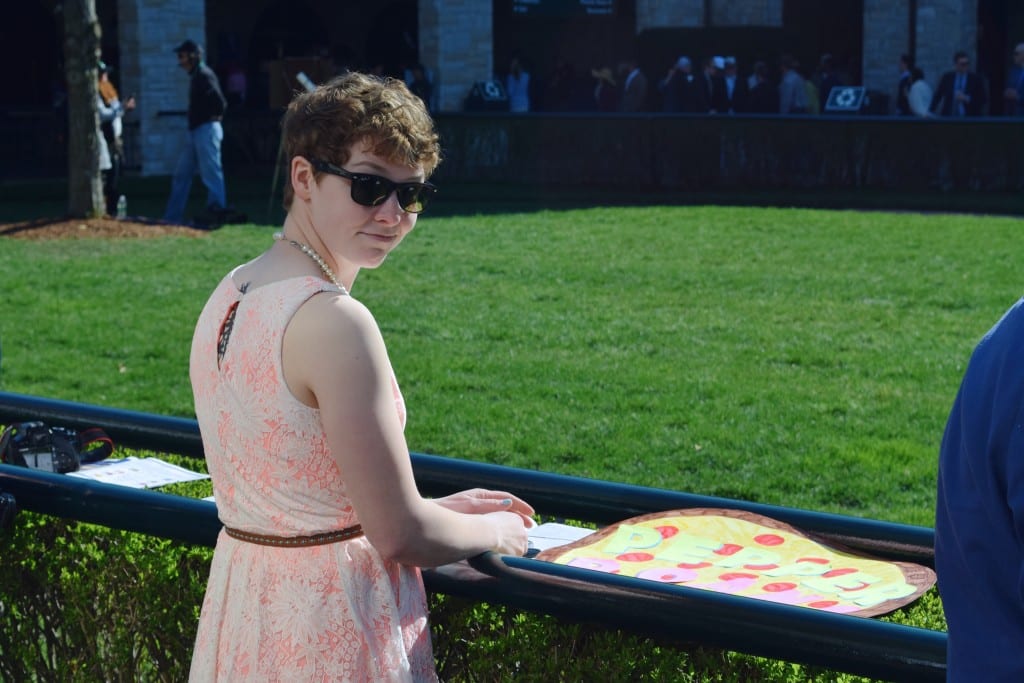 “COASTAL MOON tracked the pace setters most of the way, asked for run turning for home but was overwhelmed by outside runner, lost ground but fought back with a game performance… REBEL SPY trailed well off the rest of the field and hit his best stride late… RED POND was through after half a mile.”

The fourth race at Penn National on January 30, a $6,250 claimer, was won by Coastal Moon, a five-year-old son Malibu Moon. The even-money favorite was claimed out of his two-length victory, and with the exception of the horse’s connections and the evening die-hards who bet the race, it’s probably fair to say that not a lot of people were paying attention.

But among those who were, nobody watched the race more intently than Carly Kaiser, knowing that within a half hour, she’d have to deliver a concise, accurate summary of the race that would become its official record.

Since last summer, Kaiser has been the Equibase chartcaller at the track in Grantville, PA, the latest stop on a racing odyssey that started in the Pacific Northwest, stopped for an extended stay in the Bluegrass, then headed northeast.  (See video below for more on being a chartcaller.)

“I was always that horse kid,” she said by telephone. “My dad was always into sports, and when I was about 12, he said, ‘You should watch the Derby.’”

From there, she needed little encouragement. Growing up in Tacoma, about 40 minutes from Emerald Downs, the nearest track, she and her parents went to the track as often as they could, and when she became a teenager they got her a subscription to TVG. At 14, in the heyday of the online message board era, she was an avid participant at Rockportharbor.com and Thoroughbred Champions, where she met people who remain her friends to this day.

Though those old forums were not devoid of the caustic, intemperate conversations that have since largely migrated to Twitter and Facebook, in them Kaiser found her early racing teachers, people who would answer her questions in real time, people who knew far more than she did.

A digital native, she created her own YouTube fan videos—“Really corny,” she pronounces now. “Really embarrassing”—then realized that she could go to college to study horse racing, so off to Louisville she went.

She ended up abandoning an equine studies degree, but earned additional, if unofficial, credits at Churchill Downs and Keeneland, eventually taking a job at the Kentucky Derby Museum, where she could cultivate and indulge her love of the history of the sport (recently evidenced in a series of tweets about the origin of the Toboggan Stakes at Aqueduct).

“The history is the best,” she said. “To get to talk to people about it, and teach them about it—that might have been my favorite job ever.”

Her educational instincts also served her well when she worked as a Keeneland Betologist before heading to a job with a Kentucky pinhooker, working with broodmares, yearlings, and weanlings, where she was on the opposite side of the teaching relationship.

“The people I worked with really understood working with horses,” she said. “I wasn’t one of those people born knowing how to do it, but they were great. I had to learn everything.”

She’d intended to stay at the farm after graduating from college in 2014, but on one of her trips to Churchill, she met one of the track’s chartcallers and spent a day shadowing him. Before long, she got a call from Equibase asking if she’d be interested in the job at Penn National.

With another steep learning curve in front of her, she talked to chartcallers in Kentucky and New York, digesting their advice about how best to keep track of the horses during the race. Saddle cloths? Silks? Jockeys’ helmets?

The creative instincts that drove those early YouTube videos and led to the creation of her blog Horses, History, and Humor at first failed her, particularly when a horse turned in an unremarkable performance.

“It’s sometimes hard,” she admitted. “Sometimes the horse just didn’t do anything or wasn’t involved, and finding the right word choice, being accurate, and keeping my opinion out of it isn’t always easy.”

She studies the charts from other tracks, contrasting their styles while trying to develop her own—something that she says she’s got plenty of time to do, having recently moved to an area without knowing a soul, and one that seems light on people from her demographic.

And now, the online interaction that fueled her early interest takes place primarily through her active presence on Twitter, where she regularly offers opinions and observations on the state of the game.

Growing up in a family in which awards shows were destination TV, Kaiser was thrilled to become an Eclipse voter this year, wondering out loud whether she is, in fact, the youngest person to cast a ballot.

At age 24, she’s got a firm foothold in the industry she loves, happy to be where she is but also looking ahead.

“I’d like to get into educating people about racing,” she said. “I enjoyed that.”

“But,” she hastened to add, “I’m having a lot of fun and enjoying where I am. No complaints.”

The sixth race at Penn National last Saturday was won by Sheikinator, an even-money favorite that hit the wire six lengths in front.

She may well have been talking about herself.