Opinion: The weak case against the Timonium OTB 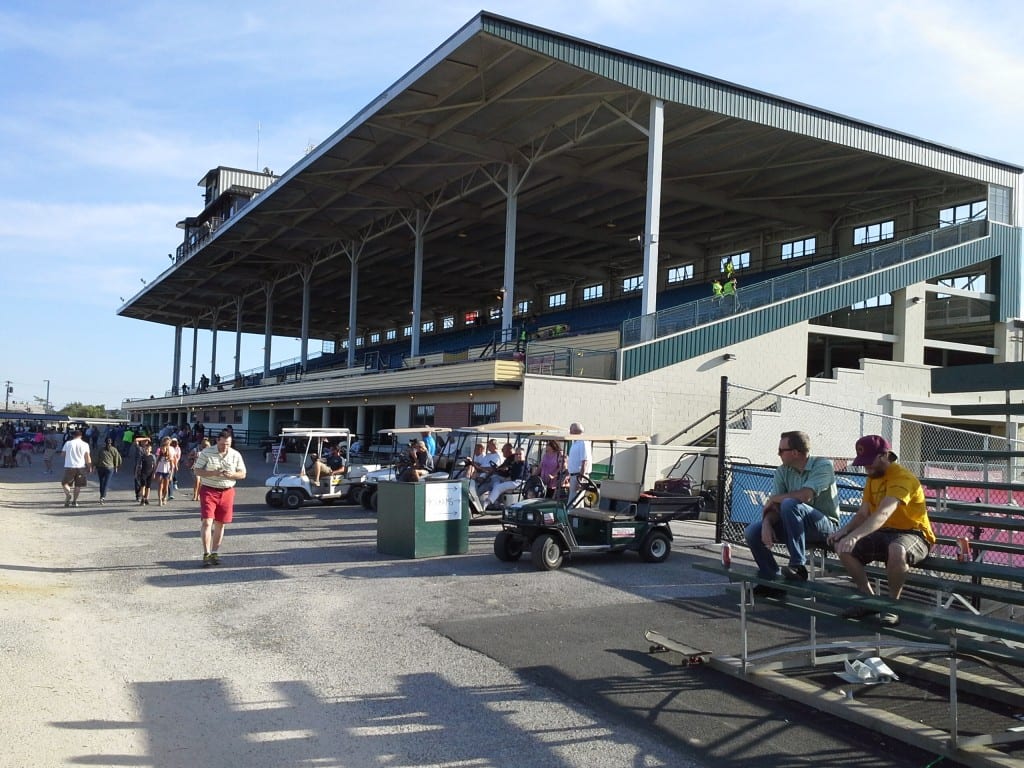 Maryland racing interests are girding for battle after the Maryland Jockey Club’s plans to open a year-round, off-track wagering facility at the Timonium fairgrounds hit a bump in the road.

Four industry organizations — the Maryland Thoroughbred Horsemen’s Association, Maryland Jockey Club, Maryland Horse Breeders Association, and the Maryland State Fair — have sent industry stakeholders what they call “an open letter” saying they are “united in support of” the proposed OTB.

That support, however, has put them at odds with some members of the Timonium community.

One member of a community association near the fairgrounds told the Baltimore Business Journal that members of his community feared increased traffic, while another suggested a year-round OTB might be the camel’s nose under the tent leading to slot machine or full-casino gambling at the fairgrounds.

Meanwhile, State Senator James Brochin, who represents the area, requested an opinion from Attorney General Brian Frosh on whether the fair can add an OTB without the statewide referendum that additional forms or expansion of gaming requires.

There’s a short answer to that question — yes, said Frosh — and Brochin, who claims to be receiving “dozens and dozens” (editor’s note: really?) of emails each day from constituents concerned about the OTB, says he’s “not happy” about it.

Frosh’s answer is perfectly in keeping with what the legislature clearly intended when it permitted off-track wagering more than 20 years ago, and it comports with the way the law’s been implemented in the two decades since.

And the answer to the traffic issue is even clearer.

The OTB proposal would put an off-track betting facility on the second floor of the grandstand of the Timonium racetrack — a place where off-track wagering already takes place during the 10 days of the state fair — next to the current dining room.  Wagering would be available from 11:00 a.m. to 7:00 p.m. Monday through Wednesday and to 11:00 p.m. the rest of the week.  The State Fair has also applied for a year-round liquor license to support the facility.

That number pales in comparison to the hordes who visit the fairgrounds each day for a wide variety of events.  Just in February, you can check out a one-day antique show, a two-day train show, a three-day motorcycle show, and a nine-day RV show.

What’s more, traffic data from the State Highway Administration shows that more than 33,000 cars use that heavily developed section of York Road on an average day; in other words, even at optimistic projections, the traffic created by the OTB will be but the tiniest drop in a gigantic bucket.

Under Maryland law, the state Racing Commission has the ability to approve (or reject) an off-track wagering facility.  The Commission will convene in Timonium on Thursday and could do so at that meeting or at its regularly scheduled monthly meeting slated for February 16.

Some in the industry believe that the MJC and State Fair didn’t do enough to educate the community early in the process.  That may be true, but the merits of the case are nevertheless clear.

The Commission ought to approve the OTB.

But Maryland being Maryland — and politics being politics — decisions don’t always get made on the merits.

To that end, the four groups signing the open letter are encouraging folks in the racing industry to attend the February 11 Commission hearing and urging those who live in Baltimore County to contact their county council representatives in support.

“This is a time of growth in the horse industry,” the letter says, “and as we have learned from the past, our collective voices heard as one unified group will show why we as an industry are important to the State of Maryland.”

In other words: speak now or… well, you know the rest.