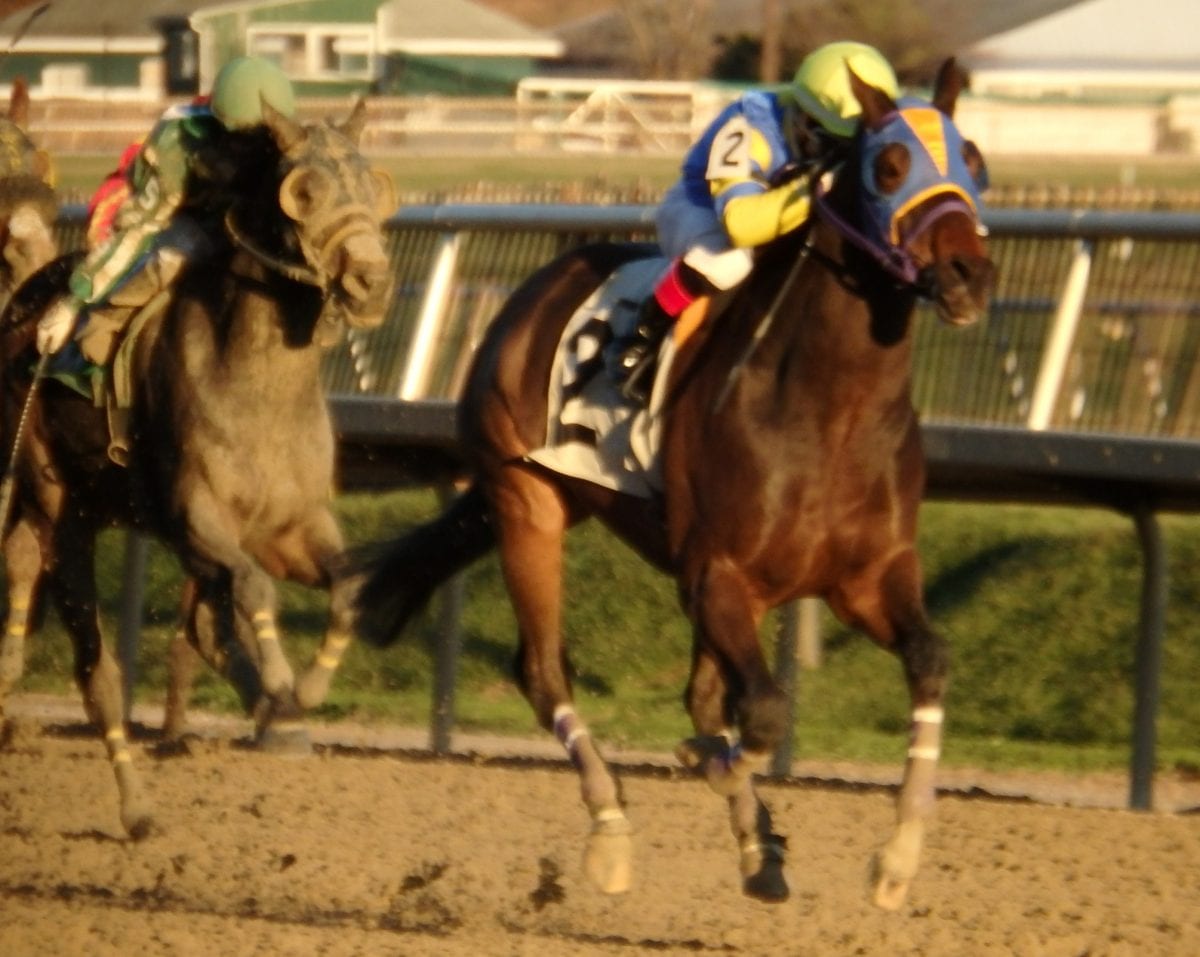 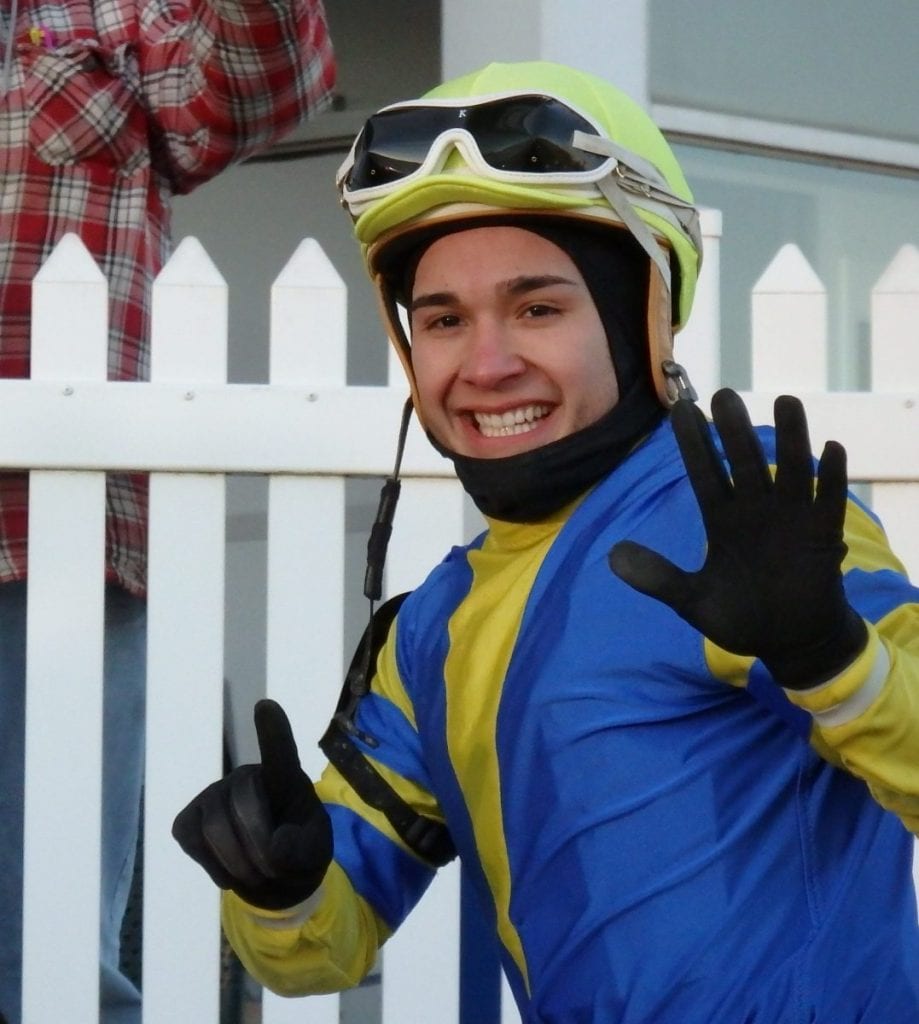 Jockey Nik Juarez, out of action since January 15 after failing to take a required drug test, will return to the saddle effective tomorrow, he told The Racing Biz today.

Juarez said that he expects to ride Alpha Dude in the fourth race, a $5,000 claiming race, Friday at Laurel Park — Yomar Ortiz is named currently — for his father, Calixto Juarez, who is Alpha Dude’s trainer.  Juarez is also named aboard Dreams Cut Short in the tenth race Saturday at Gulfstream Park for trainer Marcus Vitali.

“I’m thrilled,” Juarez said.  “I just want to get back to what I love doing.”

Juarez’s case is an unusual one for a couple of reasons.  He was ordered to submit to a urine test mid-card on January 15 but said he was unable to do so at that time because he had been reducing weight that day.  He said that he was unable to find an official after the races to take his sample.

The following day, he submitted a urine sample at an urgent care facility in Frederick, which came back clean.  He subsequently met with a drug counselor, who gave the thumbs-up.

Maryland Racing Commission stewards reinstated Juarez on January 21, but the Stronach Group, which owns Laurel Park, Pimlico, and several other racetracks around the country, took a somewhat dimmer view of the private test.

Using its private property rights of exclusion, The Stronach Group instead required Juarez to submit another test on the grounds and to sign a waiver allowing the company to require him to submit to additional drug tests at the company’s discretion over the coming year.

Sal Sinatra, Maryland Jockey Club president and chief operating officer, said that the company has “been preaching integrity” and that allowing riders to submit drug tests conducted at the rider’s — rather than the regulator’s — choosing would undermine that.

What’s more, he said, there had been “pressure from the other riders and the horseman’s group” for the company to take additional steps after what some perceived as an insufficient response from the stewards in accepting the off-the-grounds test.  “It’s just fair,” Sinatra said.

Now that he’s been reinstated, Juarez said, he is moving his tack to Gulfstream Park where agent Jay Rushin, Jr. will represent him.  His first mount in Florida will come for trainer Marcus Vitali and owner Crossed Sabres Farm, on whose horse Valid Juarez scored his first graded victory in 2015 and piloted his first Breeders’ Cup mount.  Valid finished fifth in the Grade 1 Breeders’ Cup Dirt Mile at Keeneland.

“He’s been my strongest support since I met him,” Juarez said of Vitali.  “I love the guy for that.”

As for the just completed experience, Juarez did not complain about the additional requirements imposed on him. “I feel it’s fair,” he said.  “You have to ensure the safety of the horses and the other riders.”