Over the next few days, leading up to the New Year, we’ll revisit some favorite pictures from the 2015 mid-Atlantic racing year, taking a season-by-season approach, in our Year in Pictures 2015 series.

Last winter was a tough one, with the region’s tracks missing plenty of racing in the face of inclement weather.  Snow and brutally cold temperatures alternated with warmer weather that produced boggy, dangerous racetracks.

In between, some racing did actually take place.  Among the winter stories: 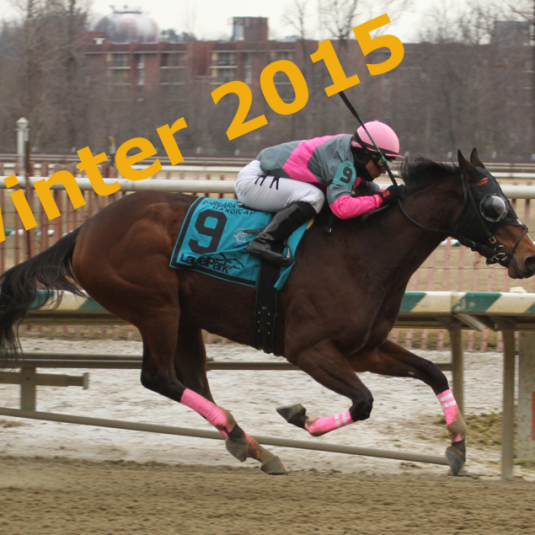 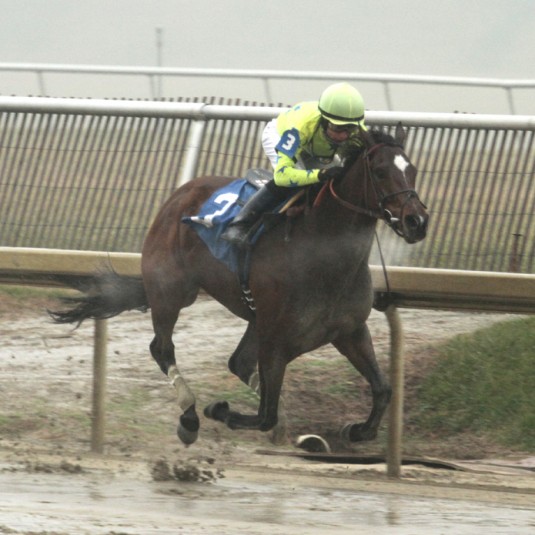 Star Pearl leads ’em home in the Nellie Morse while leaving a contrail of steam. Photo by Laurie Asseo. 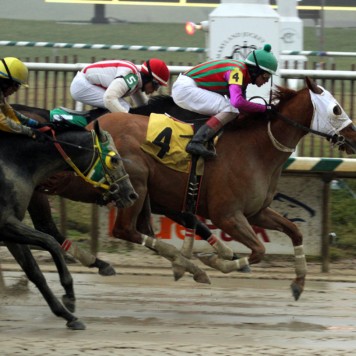 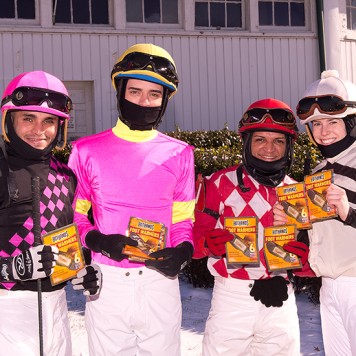 Laurel Park jocks toughed out weather in the teens at times over the winter. Photo by Jim McCue, Maryland Jockey Club. 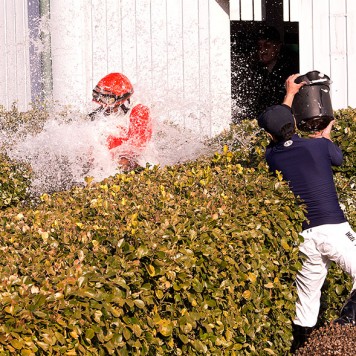 Darius Thorpe got his first win – and a bath. Photo by Jim McCue, Maryland Jockey Club. 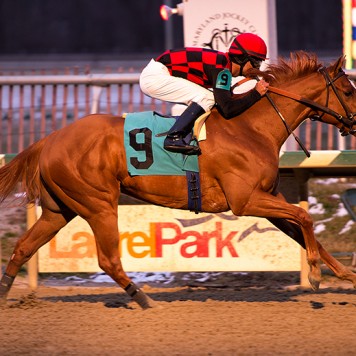 Majestic Affair lived up to his 1-5 billing in the Frank Whiteley, Jr. Stakes. Photo by Jim McCue, Maryland Jockey Club.

Scenes like this one, at Laurel Park on February 14, have been all too common in the mid-Atlantic. Photo by Laurie Asseo. 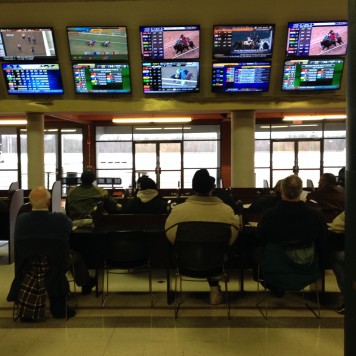 Reorienting the Laurel clubhouse and installing new televisions was one of the more visible changes the MJC made in 2015. 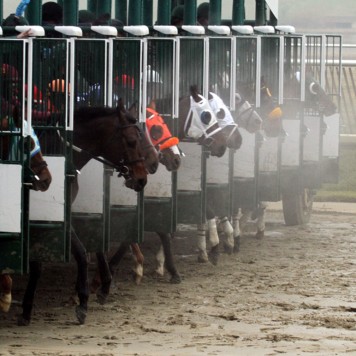 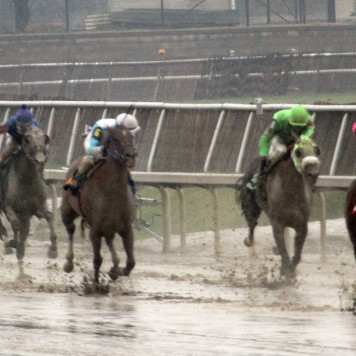 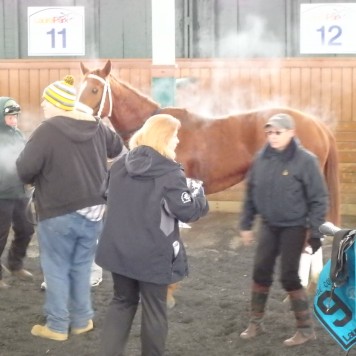 It was cold, but Gypsy Judy was hot in the Wide Country. Photo by The Racing Biz. 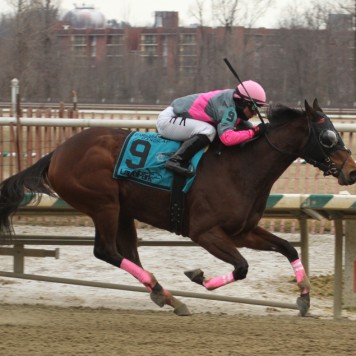 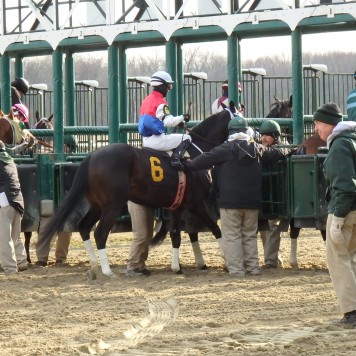 At the starting gate. Photo by The Racing Biz. 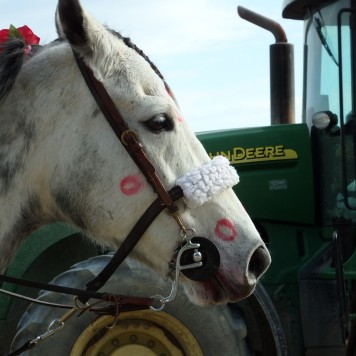 Savvy Street, in between, got the bob in the $100,000 Miracle Wood. Photo by Laurie Asseo. 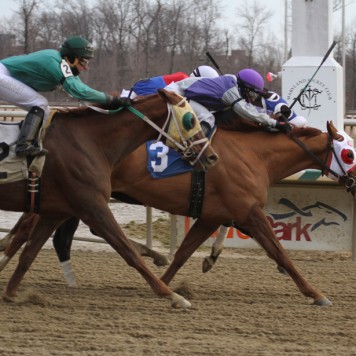 Page McKenney (#3) edged out three rivals to win the John B. Campbell Handicap. His rise to stardom was one of the big stories of ’15.Photo by Laurie Asseo. 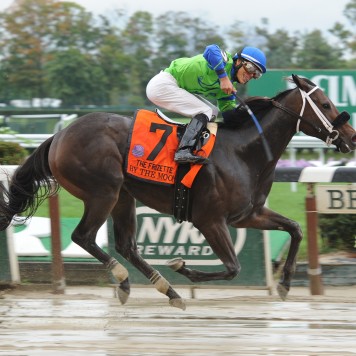 By the Moon upset the Grade 1 Frizette in October 2014, took the Caesar’s Wish at Laurel in March 2015, ran second in the Parx Oaks in May, and later placed in two G1 events. Photo by NYRA?Nicole Di Giovanni. 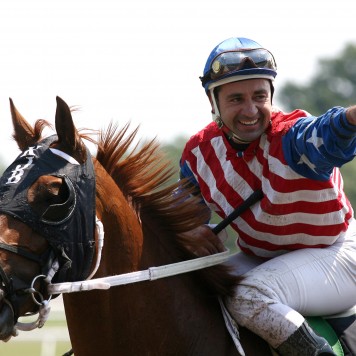 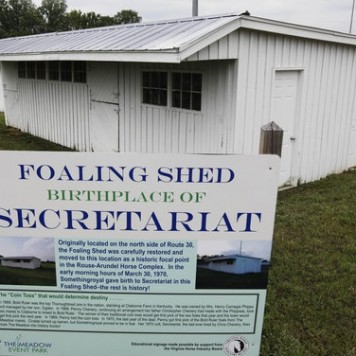 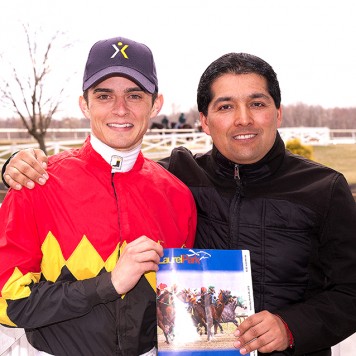 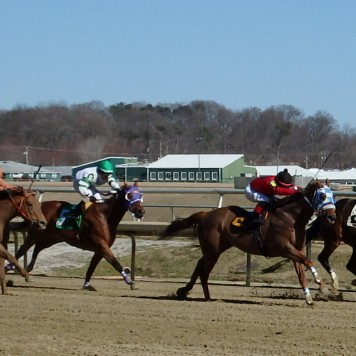 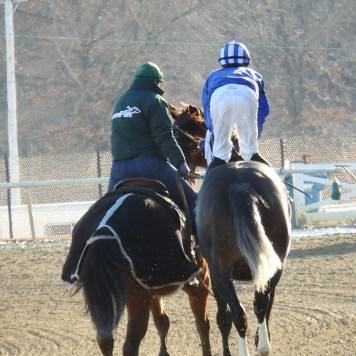 Sheldon Russell overcame injury to get his 1,000th career win in ’15. Photo by The Racing Biz.