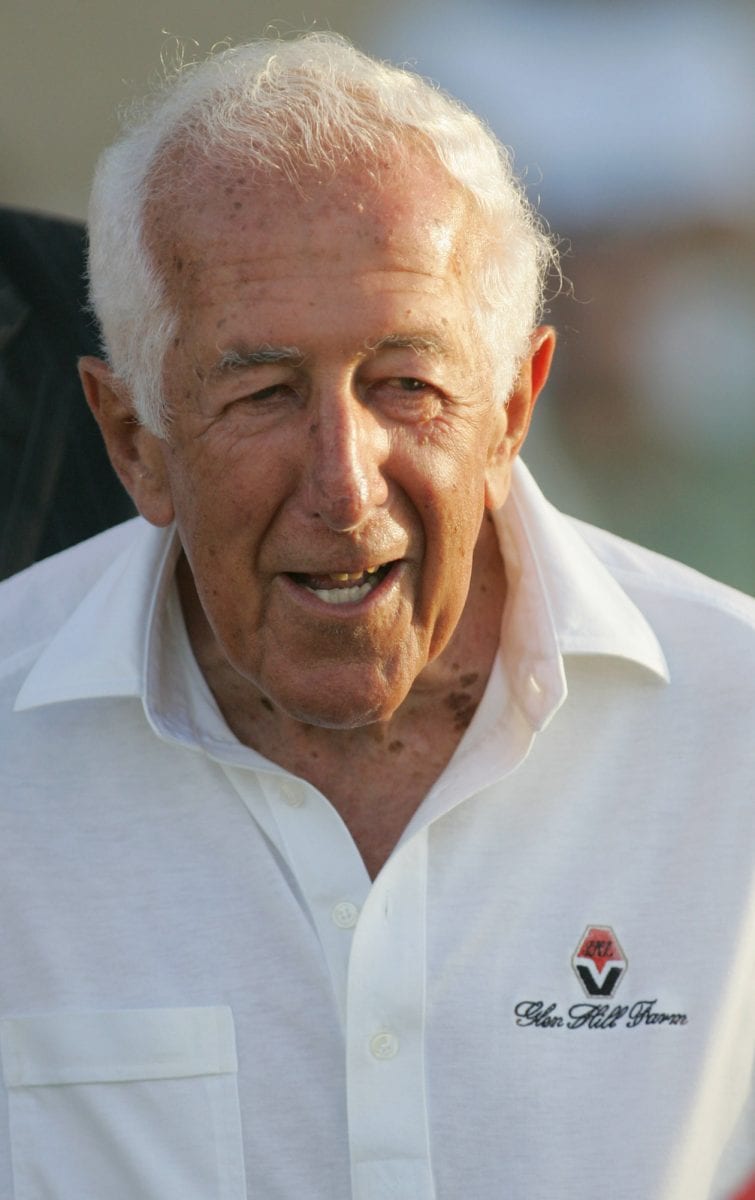 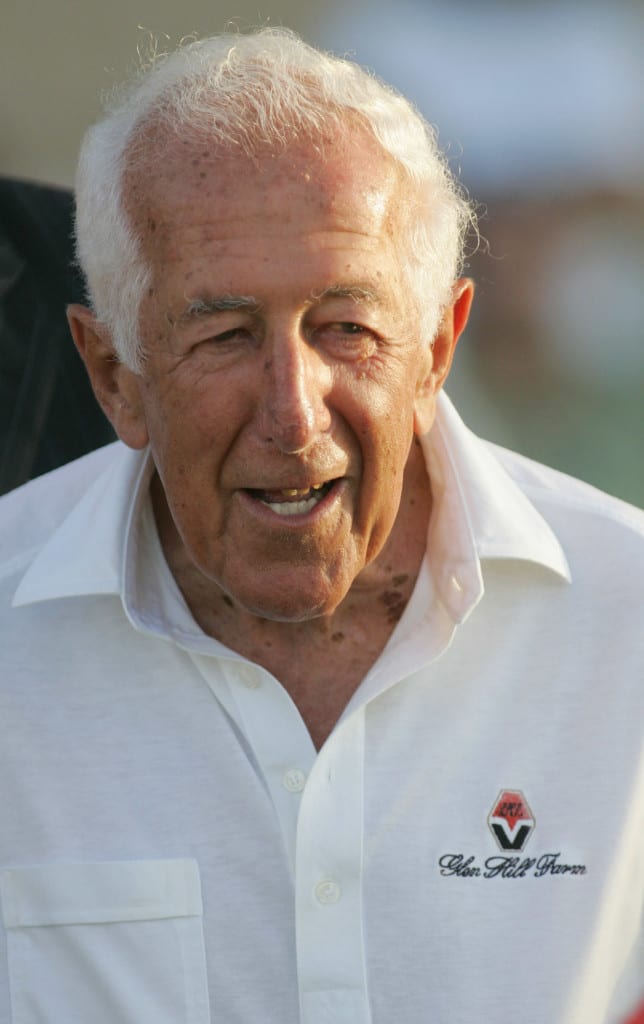 In recognition of a career marked by enduring accomplishments in racing, breeding and devotion to the Thoroughbred industry, the National Thoroughbred Racing Association (NTRA), Daily Racing Form and the National Turf Writers And Broadcasters today announced that Leonard Lavin of Glen Hill Farm will be honored with the Eclipse Award of Merit for a lifetime of outstanding achievement.

The presentation of the Award of Merit will take place at the 45th Annual Eclipse Awards dinner and ceremony on Saturday, January 16, at Gulfstream Park Racing & Casino in Hallandale Beach, Fla. The Eclipse Awards are presented by Daily Racing Form, Breeders’ Cup and The Stronach Group and produced by the NTRA.

“I am both surprised and deeply honored to receive The Eclipse Award of Merit,” said the 96-yeaer-old Lavin, “It is truly my proudest moment in the horse business – a business that has been one of the great pleasures of my life. From the normal Thursday cards to racing in the Breeders’ Cup and everything in between I have found every moment to be a thrill and a reward. With that has come the wonderful relationships made with people throughout the industry, the camaraderie with our team at Glen Hill Farm, and of course the horses we’ve had the pleasure of breeding, owning and racing. And now this Award provides a capstone that leaves me both humbled and grateful.”

Born in Chicago in 1919, Lavin told the Ocala Star Banner that from the time he was a 9-year-old and saw Reigh Count win the 1928 Kentucky Derby, he has always held a special place in his heart for horses, and for Ocala, which has been his family’s “second home” since 1966, when he and wife Bernice, who passed away in 2007, bought their first horse.

“It’s an ideal place to raise horses, the best in the country,” Lavin said of Ocala. “It’s beautiful country, the climate is wonderful, the soil is very good – our family has just loved it here.”

Under the care of Hall of Fame trainer Willard Proctor and his son, Tom, the Glen Hill racing and breeding operation has produced more than 80 stakes winners, including 1994 Breeders’ Cup Distaff winner One Dreamer. Other Glen Hill stakes winners include Relaunch, Convenience, Top Rung, Concept, Win, Repriced, Rich in Spirit, Closeout and Marketing Mix. Relaunch probably is the best-remembered horse who raced with the iconic Glen Hill silks. After a distinguished racing career, he went on to become a prominent sire. His numerous stakes winners campaigned by Lavin include Potentiality, Carload, Media Plan and One Dreamer.

Lavin also recalled the 1972 match race victory by his filly Convenience over national champion Typecast as his greatest racing highlight. The event drew more than 50,000 people to Hollywood Park.

In 2008, Lavin’s grandson, Craig Bernick, took over the reins of Glen Hill Farm.

“There is not a corner of the Thoroughbred racing world Leonard Lavin has not touched with his love of the sport and steadfast loyalty,” said Jay Hovdey, Daily Racing Form executive columnist and three-time Eclipse Award winner, who has charted Lavin’s impact since the 1970s. “The Eclipse Awards have done themselves proud by including him among some of the most important figures the game has known.”

In 1947, while working in sales at a national consumer products company, Lavin met Bernice Weisner at a dance. They were married six months later. In 1955, the Lavins purchased a West Coast beauty supply company and its top product, Alberto-VO5 Conditioning Hairdressing, and moved the operation to Chicago. Over the next 40 years, through entrepreneurial spirit, creative product production and innovative consumer marketing on television, the Lavins built Alberto-Culver Company into a household products and personal beauty care American success story. In 2010, Alberto Culver was sold to Unilever for $3.7 billion.

Displaying his commitment to racing, Lavin contracted Alberto-Culver Company to become a Breeders’ Cup race sponsor in 1990, and continued to sponsor the event through its products, until 2005.

“Leonard Lavin and his family and team have been a stalwart of the Thoroughbred industry for 50 years, not only as immensely successful breeders and owners and through their philanthropic involvement, but in our case at the Breeders’ Cup as one of our earliest and most steadfast marketing partners,” said former Breeders’ Cup President and 1998 Eclipse Award of Merit winner D.G. Van Clief Jr. “Alberto Culver’s long-running sponsorship of the Breeders’ Cup created a mold that continues to this day.”

Lavin, who is the author of Winners Make It Happen: Reflections of a Self-Made Man, has won countless awards and honors for his philanthropic, civic, and business endeavors. The Lavin family also has supported numerous racing-related charitable causes.

The Eclipse Awards, presented by Daily Racing Form, Breeders’ Cup and The Stronach Group, are bestowed upon horses and individuals whose outstanding achievements in North America have earned them the title of Champion in their respective categories. Those awards are voted by NTRA, Daily Racing Form and the National Turf Writers and Broadcasters (NTWAB). Awards also are given to recognize members of the media for outstanding coverage of Thoroughbred racing.

A complete list of past Eclipse Award winners, including the Award of Merit recipients, can be accessed online.