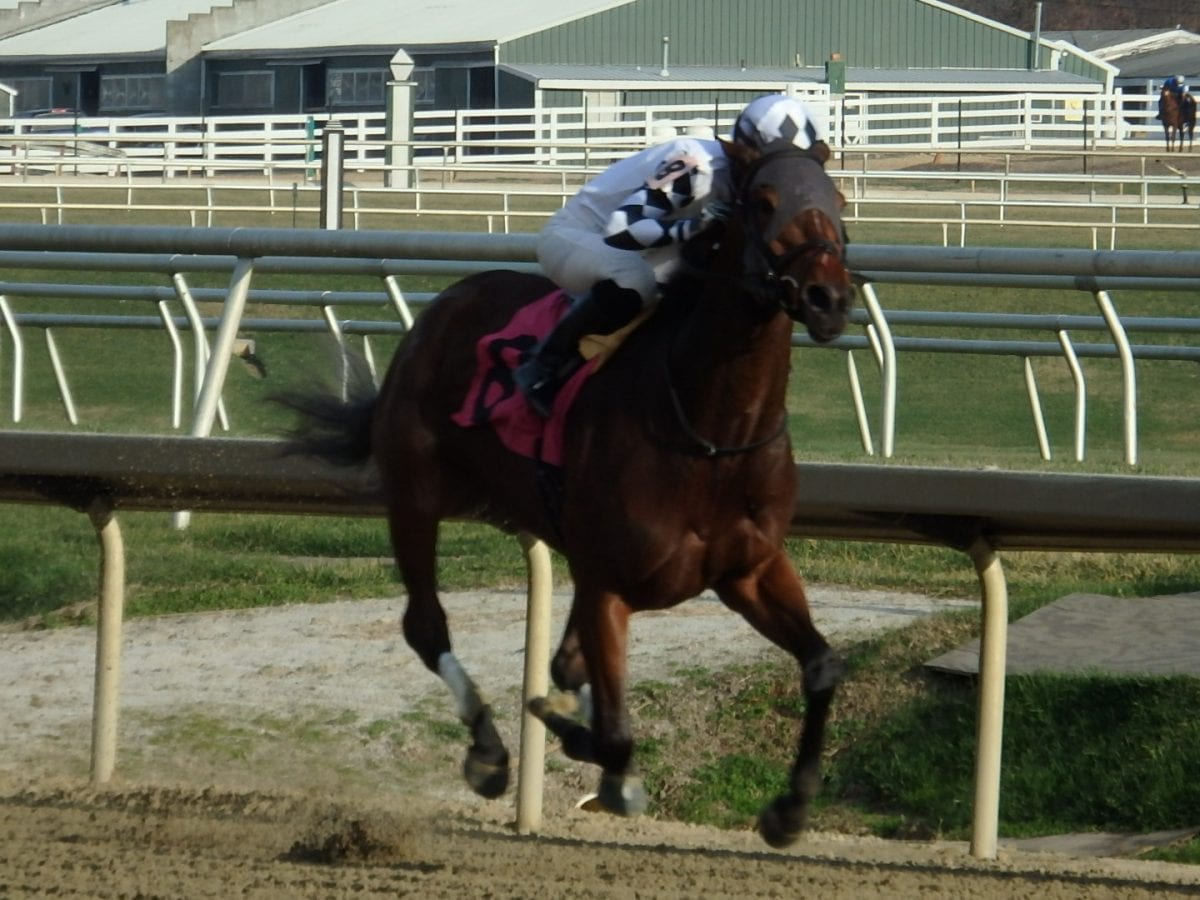 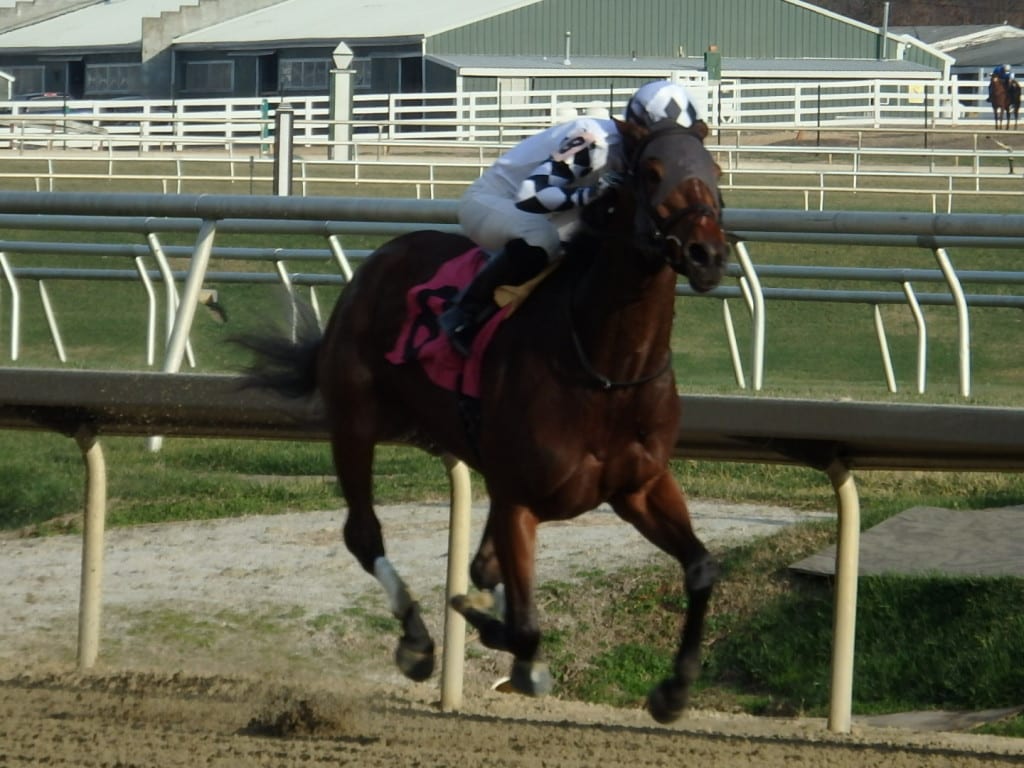 Hold On Momma looked good in winning at first asking at Laurel Park for owner DB Dojo (which is Bode Miller) and trainer Tres Abbott.

The bettors didn’t have much interest in first starter Hold On Momma in Saturday’s sixth race at Laurel Park, a maiden special weight test for two-year-old fillies going six furlongs on the main track.

Maybe they should have.

The daughter of Hold Me Back, running in the black and white colors of Olympic skier Bode Miller’s DB Dojo LLC, was sent off at nearly 25-1 in the 10-horse field.

But, under jockey Forest Boyce, Hold On Momma shot directly to the lead and didn’t look back, taking the field through a half-mile in 46 4/5 seconds and going on to post a 2 1/4 length victory in a speedy 1:11.13.

“We kind of said, she needed a good education,” explained trainer Tres Abbott.  “But she broke on top, and she [Boyce] let her go.  There was no point in trying to drag her back.”

A pair of New York shippers — Takrees, for trainer Kiaran McLaughlin, and Antebellum, for Tom Morley — took a lot of wagering play, as did Graham Motion trainee It’s the Truth.

But none had any answers for Hold On Momma.  Abbott said he wasn’t especially surprised.

Takrees was second, and it was more than six lengths back to It’s the Truth.