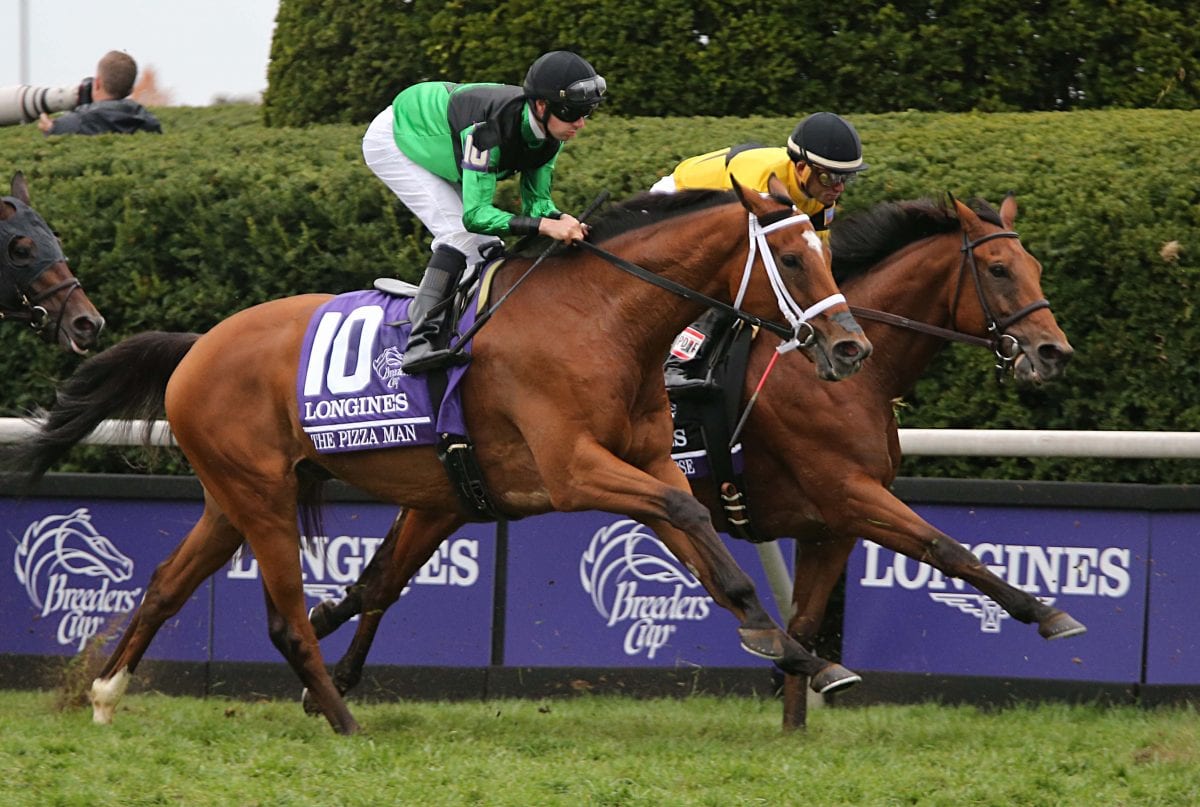 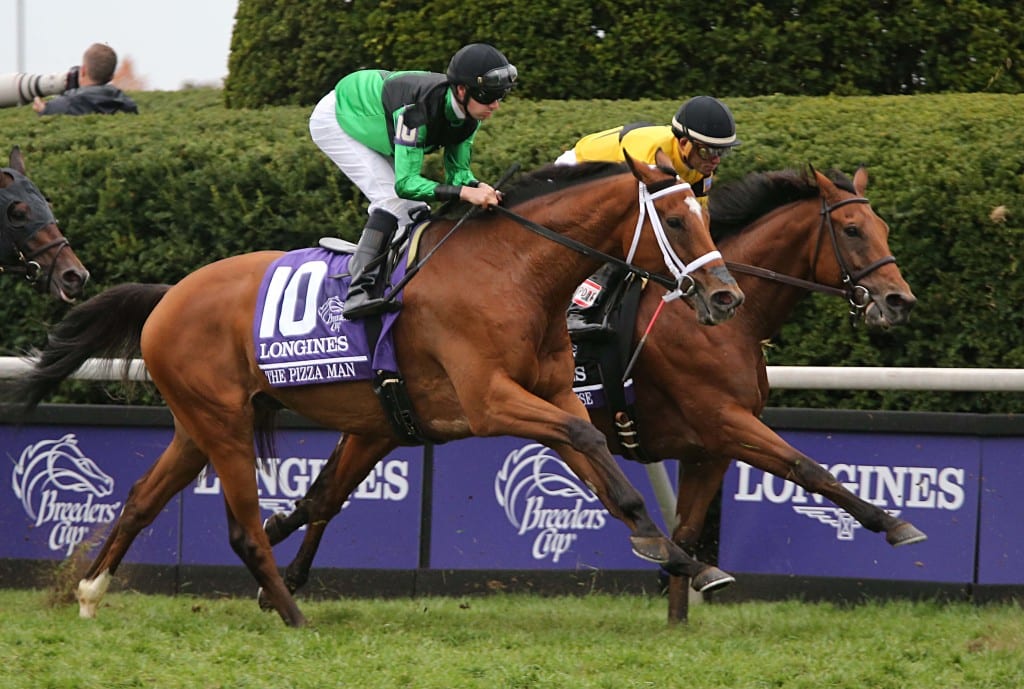 More than 3000 thoroughbreds have become part of the Delaware Certifed Thoroughbred Program since its inception in 2002, and it’s no coincidence two of the most well-known members of the D.C.T.P. are owned by the same stable.

Six-year-old The Pizza Man won the 16th race of his 26-race career on Thanksgiving when he posted a popular victory in the Grade 2, $250,000 Hollywood Turf Cup at Del Mar.  It was his third graded win of the year — which also included wins in the Grade 1 Arlington Million and Grade 3 Stars and Stripes, both at Arlington Park — and stamped him a leading candidate for the 2015 Eclipse Award for older turf horses. The stretch-running turf specialist, who ran fifth in this year’s Breeders’ Cup Turf at Keeneland, has earned more than $1.8 million

Work All Week, also six, didn’t start until the fall of his 3-year-old year but went on to win 12 of 15 lifetime starts and capped off a brilliant 2014 campaign with a stunning victory in the 2014 Breeders’ Cup Sprint, a win that earned him the Eclipse Award as racing’s top sprinter. He was retired earlier this fall after sustaining a stress fracture in his knee; that ended a career in which the son of City Zip won 13 of 19 starts and earned more than $1.5 million.

Though Midwest is a sprawling operation that has, according to its website, more than 300 horses — and both these runners are Illinois-bred — it made sense for them to attain the Delaware certification, Rich Papiese said.

“It’s been five years since they (Work All Week and The Pizza Man) were yearlings, and at that time we were just beginning to concentrate on racing in the mid-Atlantic region. Jamie (Ness) had moved our main division to Delaware Park, and we thought there was a good chance that one or both yearlings would race at Delaware during their career,” Papiese explained. “The Delaware Certified Program is one of the best owner incentive programs in the country and we wanted to make sure our young horses qualified.”

Both Work All Week and The Pizza Man were sent to William Wapniarek’s A Bayview Farm in Middletown, Delaware, where they spent 90 days in residence, thus satisfying the eligibility requirements of the D.C.T.P.

As it happens, neither Work All Week nor the Pizza Man has raced in Delaware during their careers.  Both spent most of their time at tracks in the Midwest.

Meanwhile, the Papieses are scaling back on their homebreds.  Still, Rich Papiese, whose stable has topped the nation in wins five times, said he expects to continue to send his yearlings to Delaware to become Delaware Certified.

“We continue to race in Delaware and the mid-Atlantic region and having your runners Delaware Certified makes good business sense,” said Papiese.