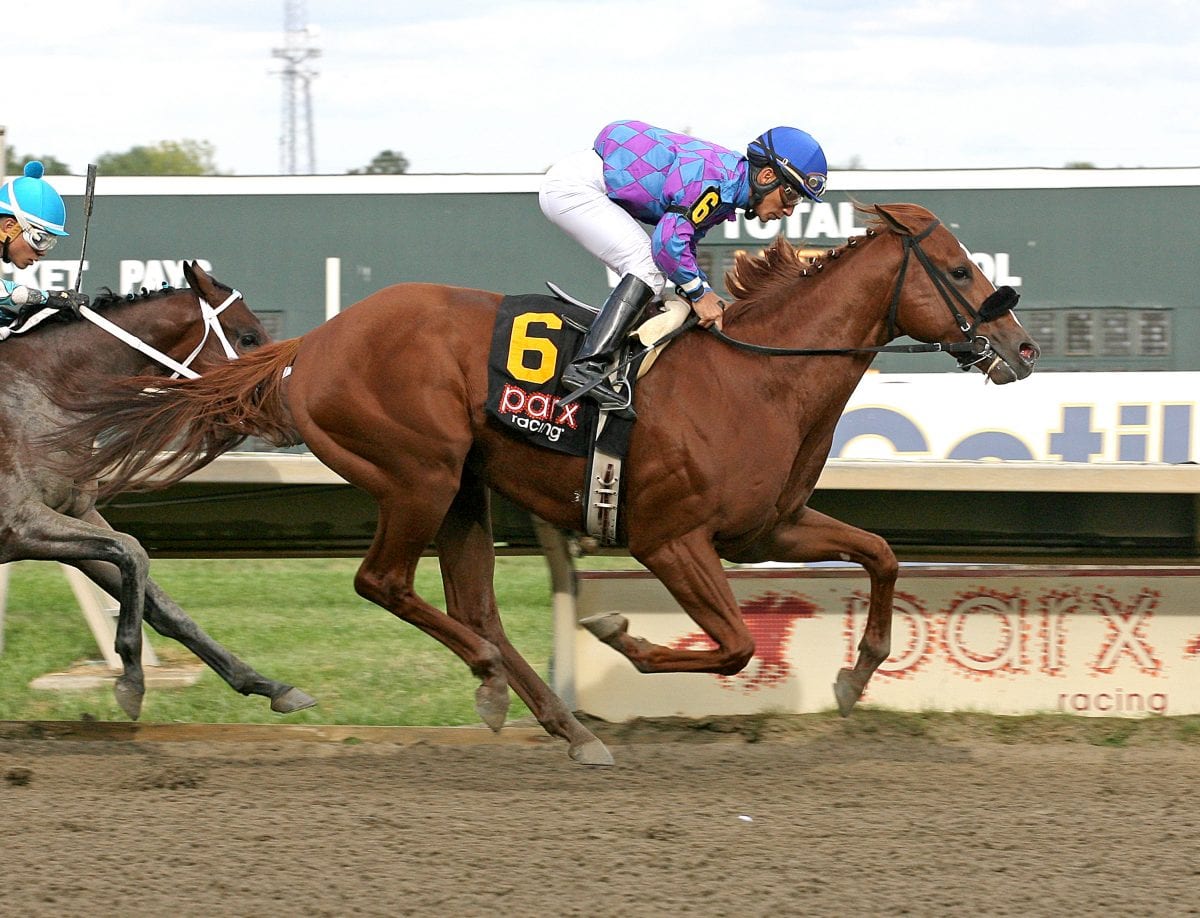 For the second straight race, Morning Fire is favored to give his sire, Friesan Fire, his first stakes winner.

Last time out, Morning Fire was 2-5 in the Christopher Elser Memorial Stakes at Parx Racing but proved no match for Big Louie, who won by more than four lengths.

Saturday, he’s the 5-2 morning line favorite in the $100,000 Pennsylvania Nursery Stakes for two-year-olds bred in the Keystone State.  Morning Fire, trained by Keith Nations for owner Stony Brook Stable, has won two of six career starts and has placed second in three stakes: the Elser, the Mark McDermott at Presque Isle Downs, and the Strike Your Colors at Delaware Park.

But, as the tepid morning line odds make clear, this seven-furlong test doesn’t shape up as a walk in the park.  Bird of Trey (7-2), a John Servis trainee, ran second as the favorite to Morning Fire in an allowance test last out and prior to that ran second in Parx Racing’s $150,000 Hall of Fame Stakes and might appreciate the added furlong he picks up from that last race.

Only two other runners are in single digits.  Purcell (6-1), a Jump Start gelding trained by Ramon Preciado for Thomas McClay, broke his maiden last out, in his second career start, by nearly seven lengths over special weight foes at Parx Racing.  He’ll have regular rider J.D. Acosta aboard.

And Balk (6-1) won three times on the synthetic surface at Presque Isle, including twice in stakes company.  However, he’s finished third in both his starts on conventional dirt, most recently running third in the Elser, behind Morning Fire.  He did beat that rival on the synthetic in the Mark McDermott.