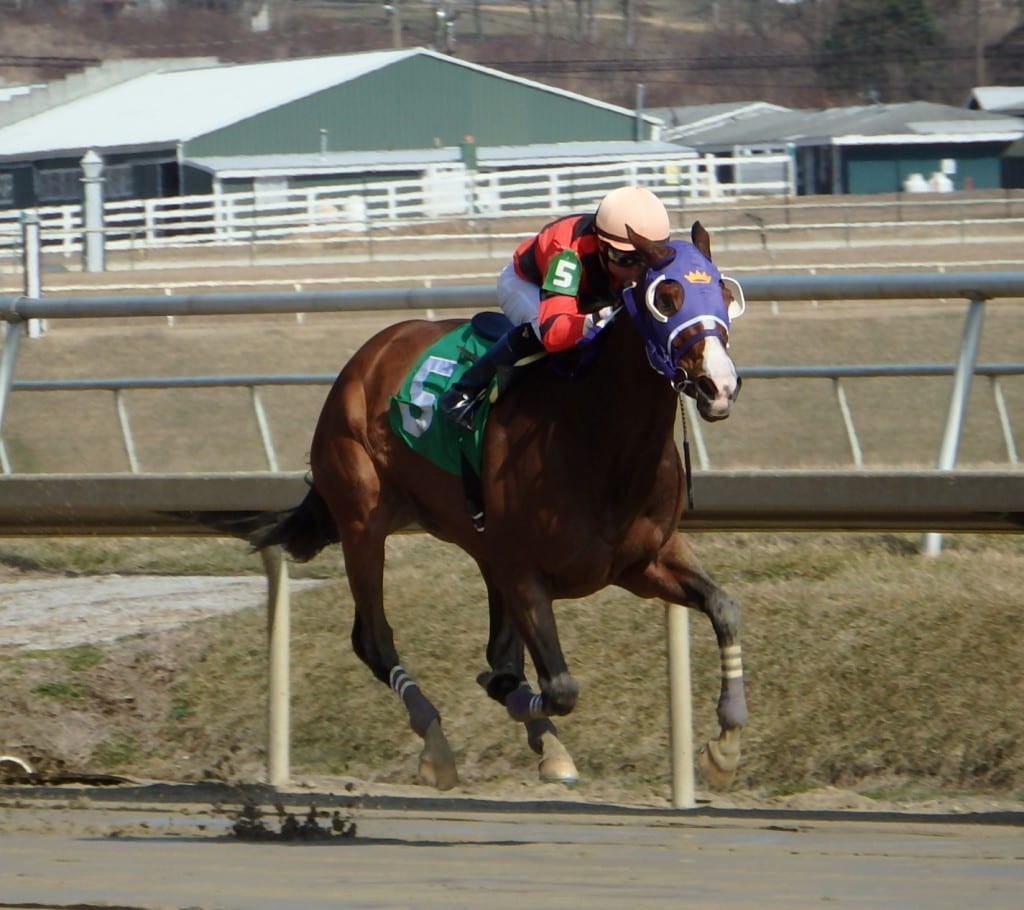 Eddy Gourmet and Sheldon Russell cruised to victory in the Conniver for Maryland-bred fillies and mares in March. Photo by The Racing Biz.

A field of 10 fillies and mares, led by Classy Coco and Eddy Gourmet, highlight a 10-race program when Laurel Park resumes racing Saturday afternoon with a first race post of 12:25 p.m.

R. Larry Johnson’s Classy Coco hasn’t won since October of last year when she won the Maryland Million Distaff at Laurel Park by six lengths for trainer Bernard Houghton. The 5-year-old daughter of Not For Love will be making her first start for the current meet’s leading trainer Mike Trombetta, who will be trying to improve on the mare’s winless 2015 campaign.

A 5-year-old mare, Classy Coco finished off the board over the winter at Tampa Downs in the Minaret and a $100,000 optional claimer before finishing eighth in the Foxy J.G. Stakes at Parx. Her seventh-place finish Oct. 7 in the Maryland Million Distaff was her first race since finishing 11th in the Northern Fling at Presque Isle in July.

“They (owner’s trainer Suzanne Dempsey) trained her on the farm and they brought her in and ran her last time and I think she ran an OK race, she just got a little tired,” Trombetta said. “She stayed with us since then and she should benefit from a couple of breezes and having that race under her.”

Classy Coco has two wins from seven starts at Laurel Park for career earnings of $282,761.

Eddy Gourmet earned a 90 Beyer Speed Figure when she romped home by nearly eight lengths last March in the Conniver Stakes at Laurel Park, a restricted stake for Maryland-breds, but has gone winless in her past seven starts. The Hugh McMahon-trained 5-year-old daughter of Pimlico Special winner Eddington has three wins from six starts at Laurel Park, and has career earnings of $263,401.