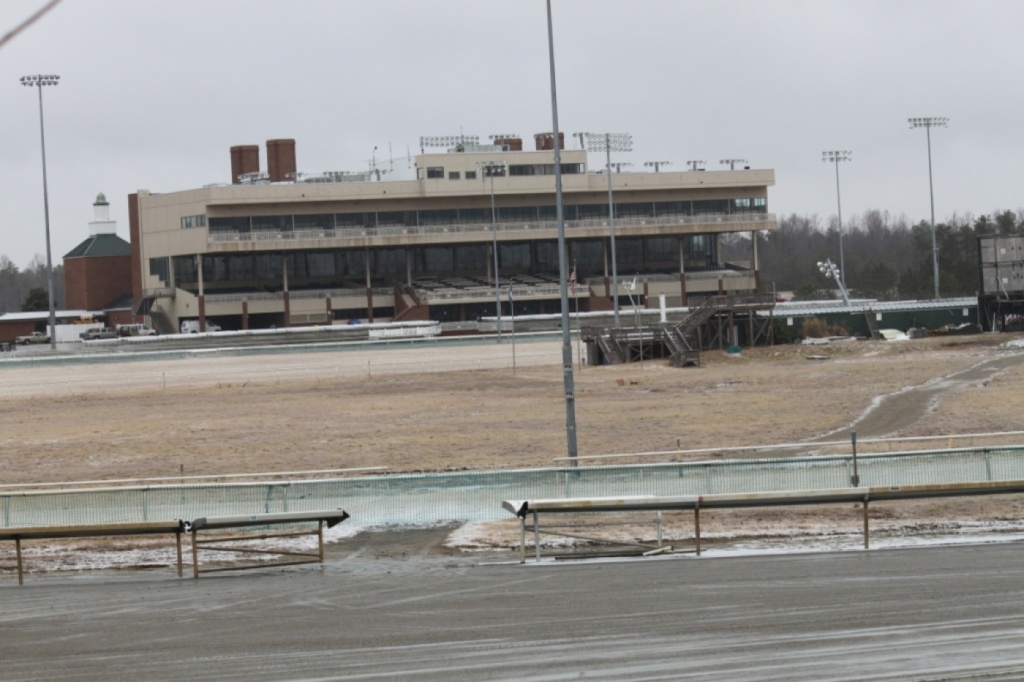 Five public hearings are scheduled for the November 17 meeting of the Virginia Racing Commission in Richmond, four of them concerning the future of Colonial Downs.

Commission meetings have been brief in recent months, but don’t expect that to be the case next Tuesday.

Two of the applications concern live racing, and two have to do with Colonial’s former off-track betting (OTB) facilities.

The Commission is expected to vet Colonial’s application for a single-day of racing on November 30, 2015 — the Monday after Thanksgiving, also known as “cyber Monday” for the internet Holiday shopping that occurs post-Thanksgiving weekend.  Though that application was initially filed in July, the Commission has put off consideration of it while Colonial and the Virginia Horsemen’s Benevolent and Protective Association (HBPA) negotiated to try to reach an agreement for the horsemen to lease the track.

The single day Colonial has requested would include two stakes, the Buckland and the Kitten’s Joy, both with $50,000 purses, and a mix of other races, according to the condition sheet.

Colonial Downs does not have a contract with the HBPA which was designated as the majority horsemen by the Commission through a formal process this summer. Colonial maintains it has a 25-year agreement with the Old Dominion Thoroughbred Horsemen’s Association, an entity created in part by Colonial Downs itself and which purports to represent Virginia horsemen.

While this proposal has been pending for several months, last week, Colonial Downs threw something of a curve ball, applying for four days of live racing in 2016, to be tagged as the Virginia Derby Festival weekend and run from September 24 through September 27. Other than a day of steeplechase racing held in the spring of 2014, Colonial hasn’t held a day of racing since July 13, 2013.

That request puts Colonial Downs and the rest of the state’s Thoroughbred industry firmly at odds with each other.

Had the VEA not run those races, they would automatically have lost their graded status.  That the Graded Stakes Committee recognized those races as the successors to the Virginia Derby and its siblings suggests that the Committee would continue to recognize them, regardless of the steps Colonial takes — but in point of fact, the sides would be entering somewhat uncharted territory.  Who, in the end, “owns” a stake race?

In an email, Andy Schweigardt of the Thoroughbred Owners and Breeders Association, of which the Graded Stakes Committee is a part, said that the Committee considers on a case-by-case basis “applications from racing associations seeking to retain the Graded status of a race proposed for relocation to a different venue, provided that the new venue is in the same region as the old racetrack and the name, conditions, calendar date and purse of the relocated event are substantially similar to previous years.”

Part of what the Committee would consider, Schweigardt said, is whether a race moved to a different venue would be capable of attracting a graded quality field.

Two other hearings on the agenda concern the re-opening of Colonial OTBs in Richmond and Hampton. Should Colonial not race in 2015, the Virginia HBPA would supplant Colonial Downs as the “industry stakeholder” on January 1 and could seek the opening of OTBs.  In addition to seeking to reopen the OTBs, Colonial’s application also includes a request for a 25-mile protective zone where the VEA would not be allowed to open OTBs — essentially locking Colonial in as the only OTB owner in two of the state’s most populous locales.

The remaining hearing on the agenda concerns the failure by Churchill Downs L.P., doing business as its Twinspires account wagering platform, to pay moneys due the Virginia Equine Alliance as the “recognized industry stakeholder organization.”  Under the law, four percent of account wagering goes to the industry stakeholder, in this case the VEA, but Twinspires has failed to make those payments beginning July 1, 2015.

Many observers are skeptical that Colonial really intends to move towards live racing and suggest the company is merely positioning itself to impede any momentum of the “country racing” initiatives of the Virginia Equine Alliance.

As for the proposed cyber Monday card, Colonial’s racing secretary told The Racing Biz that as of the first weekend in November, he had not received communication from Colonial officials in over a month.

Colonial Downs may not be pulling up stakes, but they do seem to be running in the wrong direction, if not in circles.