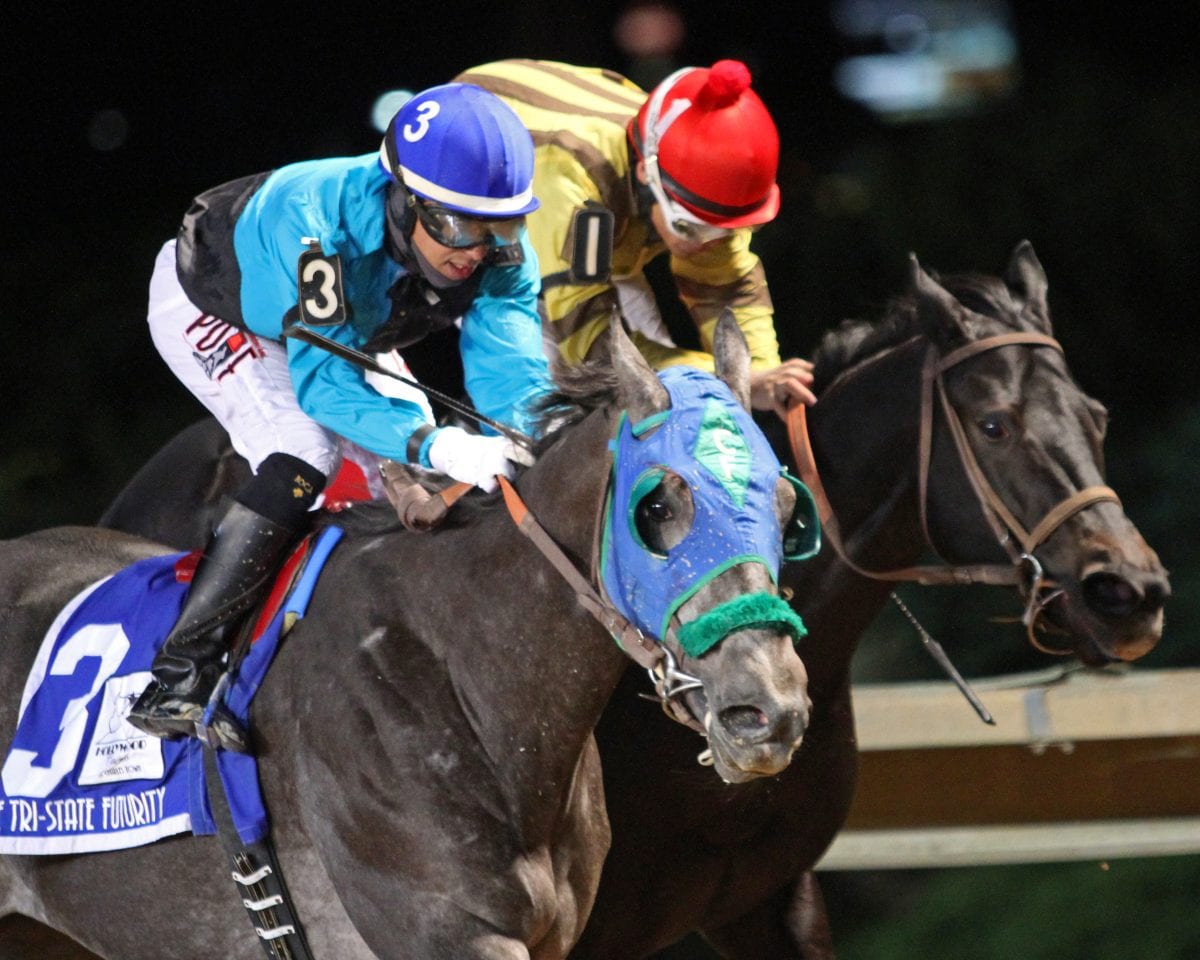 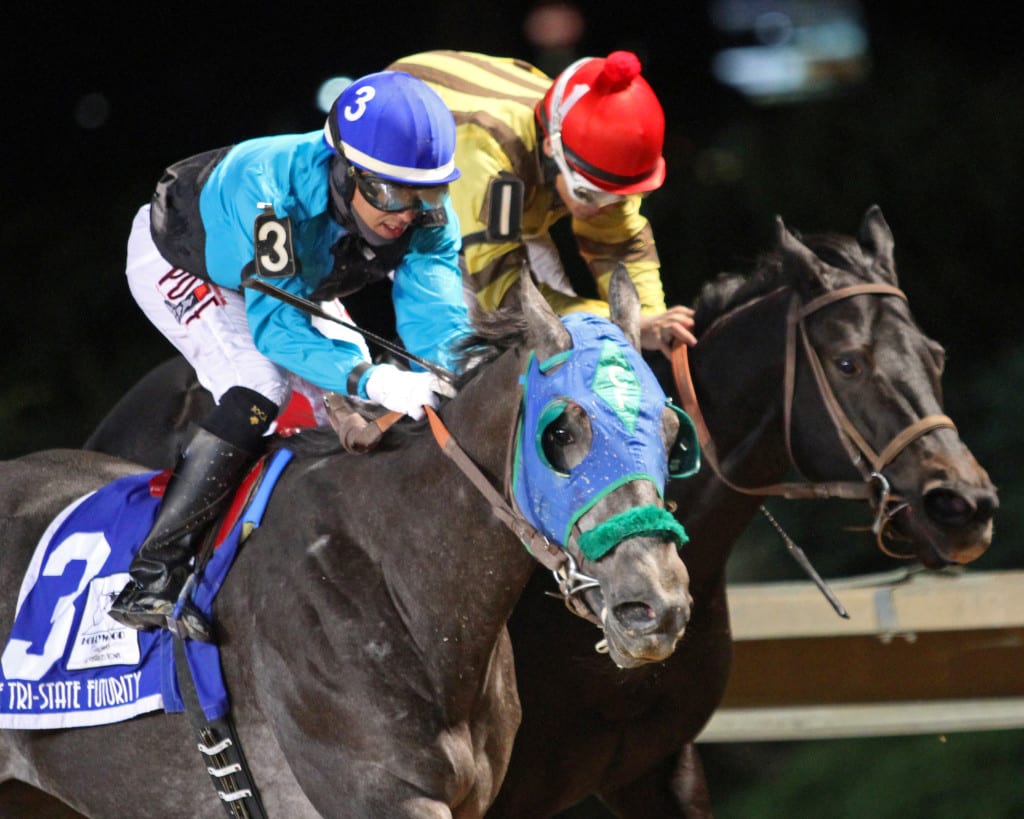 It may have been Halloween, but there was no tricking Bullets Fever, who gave owner David Raim a treat by inching clear to win Saturday’s $50,000 Tri-State Futurity, in the 47th renewal of that test, at Charles Town Races.

Two-year-old Bullets Fever ran his record to three-for-three and pushed his earnings to $88,425.  It was also his second score in stakes company, coming on the heels of his flashy win in the Vincent Moscarelli Memorial Stakes on West Virginia Breeders Classics night.

But unlike that facile triumph, this one was fraught with drama until the very last strides.

This time Aye a Song, the speedy filly who also won a WVBC race, scooted to the early lead and opened up three on Bullets Fever in a race in which each figured as the other’s main rival; Bullets Fever was the 9-10 post time favorite, while Aye a Song was 3-2.

Bullets Fever, under Arnaldo Bochachia, moved to within a head of Aye a Song after a half-mile in 47 4/5 seconds in the seven-furlong affair.  Those two raced heads apart through the lane before Bullets Fever inched clear to a neck victory in 1:27.80.  It was another 3 1/2 lengths back to Weekend Liberty, the only other horse in the race in single-digit odds.

Bullets Fever, a West Virginia-bred son of Fiber Sonde, is a full brother to local star Hidden Canyon, recently second in the West Virginia Breeders Classic.  He was bred by John McKee and is trained for Raim by Jeff Runco.

Aye a Song, meanwhile, did nothing but burnish her reputation with a dead-game effort in defeat.  Bred, owned, and trained by John McKee — and, like her victorious rival, also by Fiber Sonde — she has won three of four starts and earned $89,685.