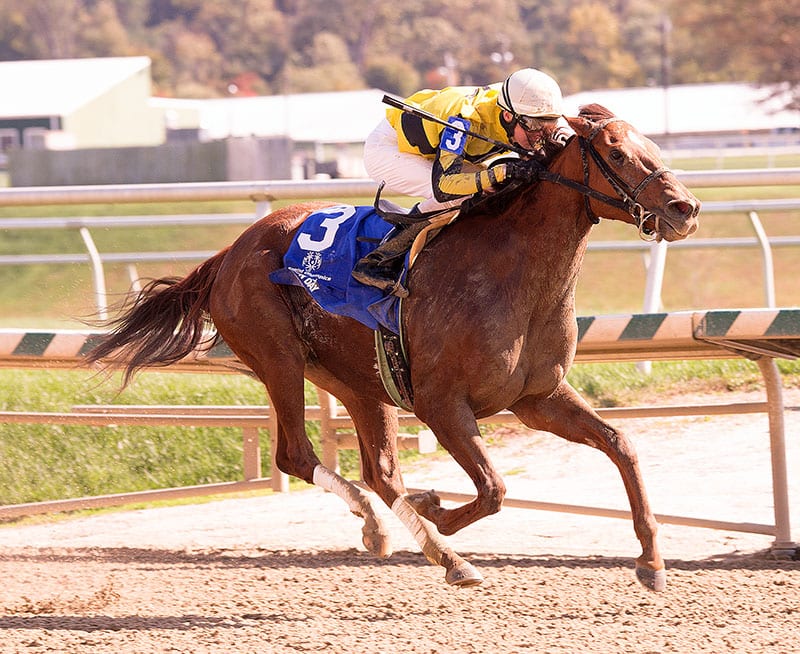 It’s not that unusual to see Maryland Million champs square off in a Million day race.

What is unusual in Saturday’s upcoming Distaff, however, is this: both those champs are owned by the same owner, Virginia-based R. Larry Johnson.  That could make for an interesting day.

“It makes it tougher to watch the race, that’s for sure,” Johnson said with a chuckle. He’ll have both 2014 Distaff champ Classy Coco and 2014 Lassie champ My Magician in the Distaff.

He purchased Classy Coco from last November’s Keeneland breeding stock sale for $220,000 following her six-length win, as the favorite, in last year’s Distaff.  That was the five-year-old Not for Love mare’s third career stakes win (second in a Maryland Million event), and she’s now earned over $280,000.

That was five starts ago, however, and Classy Coco hasn’t finished in the money since.

“The year has been a little disappointing,” Johnson said.  “She’s had some bad luck.”

In one race, she bobbled at the start; in another, she couldn’t find running room.  Top trainer Graham Motion had her during most of the season, but that didn’t seem to work either.

“She’s a little finicky, so we’re running her off the farm,” Johnson said.  Suzanne Dempsey will be the trainer of record in what Johnson says will “probably” be Classy Coco’s last race before she heads to the breeding shed.

Like her stablemate, My Magician has struggled to a winless ’15.  Indeed, since she broke her maiden (at 28-1) in last year’s Lassie, she’s winless and, therefore, still eligible for a first-level allowance.

“She’s had some horrible racing luck,” Johnson said.  “She’s had a couple of horrendous trips.”

She’s made only three starts so far this year.  In the first, against allowance rivals, she missed by a head after a wide journey.  Most recently, after a seven-month layoff, she finished fifth in an allowance, though beaten just three lengths.

The chart says that she “lacked room” in the lane, but Johnson says that doesn’t go far enough.

“She was basically two-minute licking for the last eighth of a mile,” he said.

They won’t be alone, of course.  The field also includes favored Aix En Provence, talented Lionhearted Lady, and former local stakes winners Miss Bullistic and Spotted Heart.  In fact, Johnson’s two runners are both in double-digit morning line odds, Classy Coco at 10-1 and My Magician at 12-1.

In the end, though, no one’ll have more on the line than Johnson.