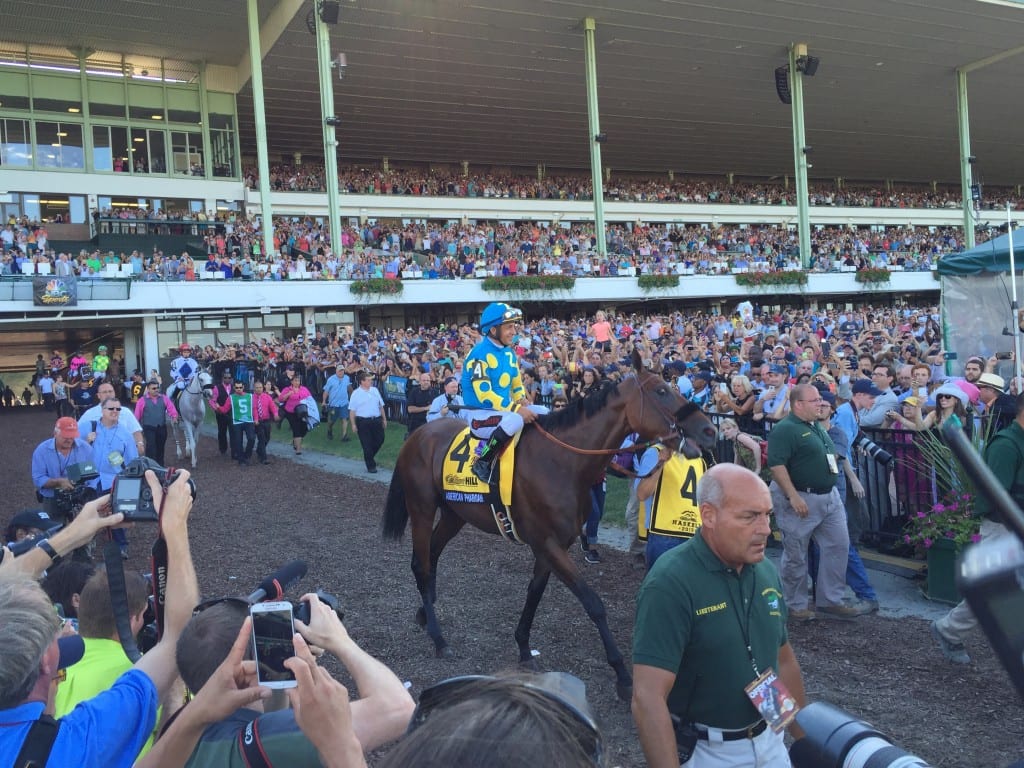 And that, in turn, allowed the track, which closed its 2015 meet Sunday, to post numbers that were essentially flat on a year-over-year basis.

“Considering what we are up against, it’s hard not to call this a success,” said Dennis Drazin, advisor to Darby Development LLC, operators of the racetrack.  “We’re surrounded by jurisdictions that offer casino gaming at racetracks.  We saw Saratoga put on a record setting meet and now Parx offering purses that are unrivaled in the Mid-Atlantic.  Yet through all that, we were able to post solid figures and set records of our own.”

The biggest of those records came with the Aug. 2 William Hill Haskell victory of American Pharoah.  The Triple Crown winner’s presence provided the New Jersey racetrack with not only an all-time record crowd (60,983) for a horse race in the Garden State, but also an all-time record handle ($20,024,509).

“This year’s Haskell proved a historic day for New Jersey and certainly for Monmouth Park,” Drazin said.  “And it wasn’t just Haskell Day itself, it was the entire week.  From the thousands that came out to see American Pharoah in the morning, to the tens of thousands that saw his impressive victory in the Haskell, everyone was treated to what was likely a once in a lifetime event.

“We are so proud of the job everyone did at Monmouth and thankful for everyone who came out to see the Triple Crown winner.  We certainly put our best foot forward and put the world on notice that Monmouth Park is an elite racing venue with hospitality that is second to none.”

Beyond the Haskell, there were also plenty of good performances on-track.

Jockey Paco Lopez captured the riding title for the third time in four years, this time booting home 74 winners at the meet, including graded stakes victories in the Pegasus, Eatontown, Molly Pitcher and Monmouth Oaks.

And it was a repeat in the apprentice rider column, as Nik Juarez, who lost his bug on Aug. 26, won 32 races this season while riding with the weight allowance.  That was quickly followed by stakes wins in the Iselin, Lighthouse and the Sapling.

Thoroughbred racing in New Jersey continues at the Meadowlands for 13 all-turf live cards, through Saturday, Oct. 31.  The Meadowlands will race Thursdays through Saturdays from Oct. 1 through Oct. 10, followed by a Columbus Day card on Monday, Oct. 12.  Racing will continue on Fridays and Saturdays from Oct. 16 through Oct. 31.