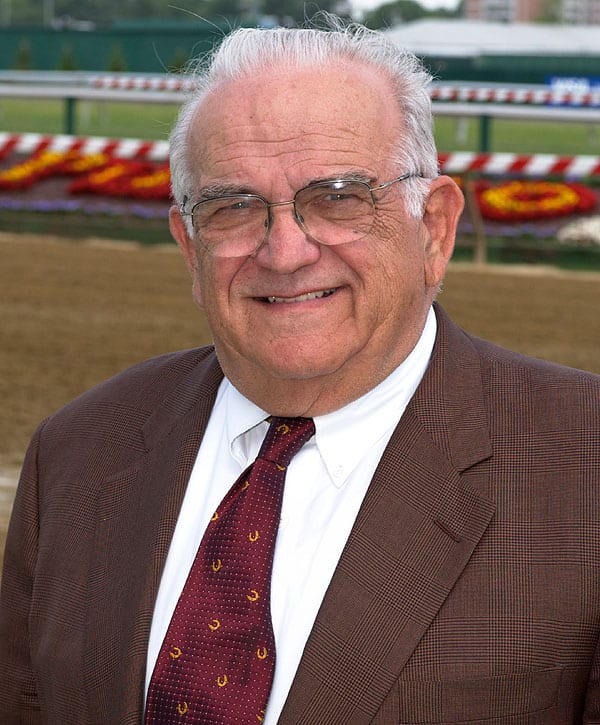 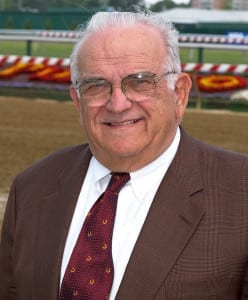 Howard Bender, a longtime horseman and member of the Maryland Thoroughbred Horsemen’s Association Board of Directors, has died, the MTHA said.  He was 84.

Bender and his late wife Sondra, who passed away in 2012, owned and operated Glade Valley Farm in Frederick, MD.  That operation produced numerous outstanding runners, among them graded winners Secret River, Foufa’s Warrior, and Promenade Girl, all homebreds trained by Larry Murray, the Benders’ private trainer.  The horses typically ran in Sondra Bender’s name, with both Benders named as co-breeders.

Mr. Bender enjoyed one final graded stakes victory in 2013.  London Lane, another homebred, shocked the Grade 2 Colonial Turf Cup at Colonial Downs, rallying from the rear of the pack to win at odds of more than 50-1.

Horses running in Sondra Bender’s name registered 238 victories and earned more than $8 million from 2000 on, while those running in Howard’s named lodged an additional 54 wins and earned nearly $2.2 million.  The Benders were named Maryland’s Breeders of the Year by the Maryland Horse Breeders Association for three straight years, 2001-2003.  Earlier this year, Bender was named Maryland breeder of the year by the Thoroughbred Owners and Breeders Association (TOBA).

The Associated Press in 1988 said of Howard and Sondra Bender, “The Benders, well-known in the capital’s social circles, are part of a wealthy family that has created a real estate empire by constructing and leasing buildings for the federal government and private concerns.”

Now known as Blake Real Estate, the company’s website describes it thusly: “In addition to its presence in the office building development and management sectors, Blake is known for its work with other property types such as shopping centers, warehouses, multifamily, hotels and land acquisition.”

Bender and his family have long been active in many civic and charitable organizations, among them the Maryland Racing Media Association’s scholarship fund, to which the Benders contributed for many years.