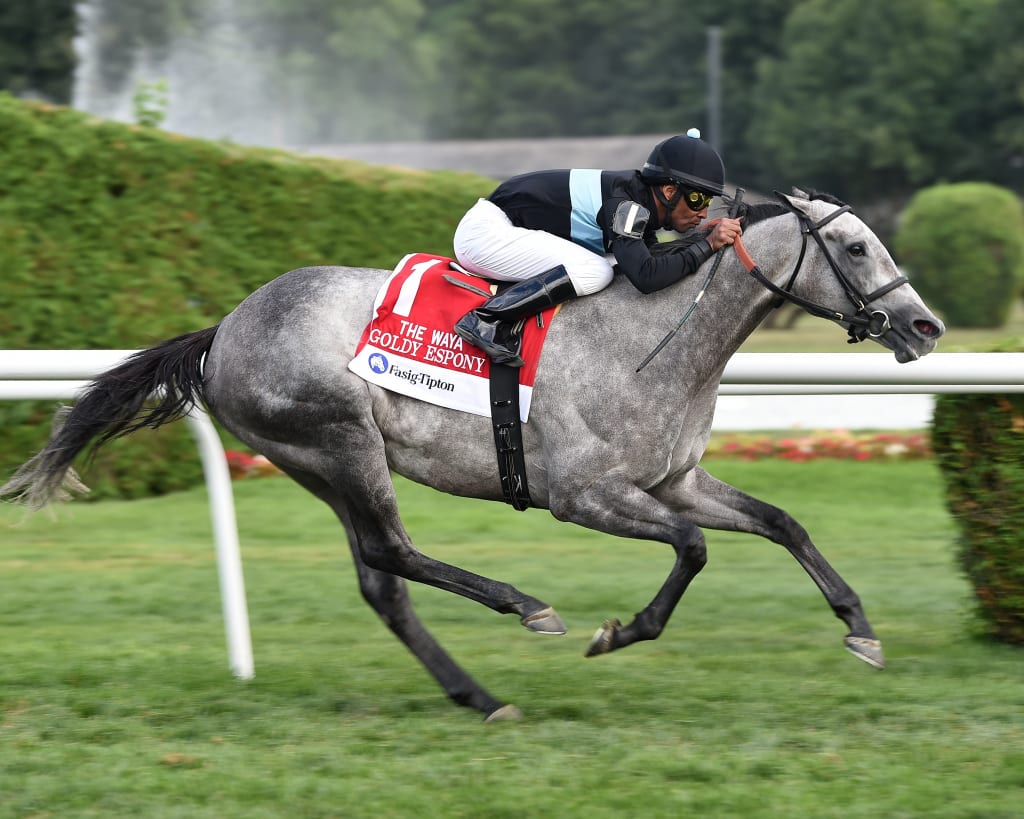 In a June 21 op-ed in The Saratogian, New York Racing Association (NYRA) president and CEO Chris Kay chided those who cite attendance as a measure of success of the summer racing meet.

“The questionable pursuit of trying to gauge the popularity of Saratoga using attendance as the metric should be apparent,” he wrote. “A far more reliable means of assessing the strength of Saratoga is through today’s dynamic and record-setting tourism numbers which are predicted in measurable tax receipts and a surge in hotel construction.”

A September 8th release from the organization sang quite a different tune.

Though the word “handle” was never mentioned in that op-ed, never mentioned as a measure of the success of a horse racing meet, that post-Saratoga release boasted in its early paragraphs of a 13.5 percent increase in all-sources wagering and a $7 million increase in betting on-track, both figures setting new records at the Old Spa.

And oh, yeah, it also mentioned an increase in paid attendance. No word, though, on how the hotels did.

By virtually any measure, this summer’s Saratoga meet was a blockbuster, and NYRA has every right to crow about it. Though specific attendance figures released by the track are rendered virtually meaningless by the practice of citing paid admission, including the 8,400 season passes, rather than actual people through the turnstiles, anyone at the races could see that on most days, the place was packed, packed with people mostly enjoying themselves (hey, you can’t please everyone all the time), reveling in the time to which they look forward all year.

While NYRA’s success at Saratoga was aided significantly by a run of improbably beautiful weather—only eight races were taken off the turf, and only a handful of racing days marred by rain—NYRA also took matters into its own hands to get the Triple Crown winner to Saratoga, adding $350,000 to the $1 million purse if American Pharoah ran.

It created two “big event” racing days, adding stakes races to the days of both the Whitney and the Travers, marketing the latter as the “Saratoga Breeders’ Cup” (with apparently little regard for the perils of copyright infringement, and impunity from the real Breeders’ Cup).

It provided more and better food and beverage options, and ways for customers, for a price, to reserve seating in the brand-new lower Carousel, dubbed the Fourstardave Sports Bar (a misnomer), and the backyard.

And while those changes—having to pay for previously free seats, eliminating graded stakes races on nearly all days except Saturdays—don’t sit easily with everyone, it will be difficult for those of us who question them to argue against their success.

Saratoga maintained its reputation as the Graveyard of Champions when American Pharoah couldn’t hold off Keen Ice’s late rush, and it provided sparkling, unexpected moments, like the three undefeated starts by Rachel Alexandra’s progeny. Three-year-old Jess’s Dream may have run the race of the meet, his first start delayed until August of this year after shipping to Kiaran McLaughlin’s Saratoga barn last summer.

“Never in doubt,” said a smiling McLaughlin as he walked into the winner’s circle.

Jess’s Dream’s half-sister, Rachel’s Valentina, won a maiden race in early August, then got a Grade 1 win in the Spinaway on the sixth anniversary of her mother’s victory in the Woodward. She wasn’t anywhere near Saratoga, but the horse of the meet may well have been Rachel Alexandra.

Kendrick Carmouche left the Mid-Atlantic behind earlier this year to ride in New York, and he ended his first Saratoga meeting finishing ninth in the jockey standings, winning the Grade 3 Waya on Goldy Espony and adding several listed stakes to his resume.

Trainer Kieron Magee came for the first time.  He left without his horse — Jack O Liam was claimed — but also left with his first victory.

Trainer Arch Kingsley continued his search for the fast-enough horse as he transitions from jump to flat racing but found the Saratoga competition rugged and was winless with 10 starters.

NYRA’s Maggie Wolfendale, meanwhile, continued to burnish her reputation as a voice for the horseplayer as she provided paddock analysis of every racing day.

The days sometimes felt too long, the grandstand and clubhouse deserted for the last few races, especially on Sundays, and even the backyard die-hards surrendered and went home when the last race didn’t end until after 7:00 pm. It’s nice that those people on the West Coast are betting the races well into a New York evening, but the Spa took on a lugubrious tint as the horses went to the gate just steps ahead of dusk at a largely empty racetrack.

But sometimes—often—the days didn’t feel long enough, even when they started when it was still dark outside and ended with the moon high in the Saratoga sky. No matter how many times we seized on the chance to see a Saratoga sunrise or lingered to see the sun set down Saratoga’s gloriously, inexplicably complex sky, no matter how many two-year-olds we ogled in the paddock, no matter how many times we paused to look out over the track or wandered around the backstretch, thinking of the trainers and horses and jockeys that have flocked to Saratoga over the years—those moments never quite feel plentiful enough to sustain us until next summer.

The changes at Saratoga this summer were big ones, and more are likely in store. The generations before me bemoan some of the very things I love about Saratoga, and we all mourn the loss of traditions and spaces at the track that we considered our own. A year from now, if New York State honors its agreement and releases its grip on NYRA, more, bigger changes will loom as the organization prepares to re-organize—again—and for new leadership.

We can decry what we don’t like and complain about what we’ve lost. We can worry about Belmont and Aqueduct even as we celebrate Saratoga. We can wonder and fret about what might come next. But we also need to give credit where credit is due, and congratulate NYRA on a summer meet that exceeded all expectations.