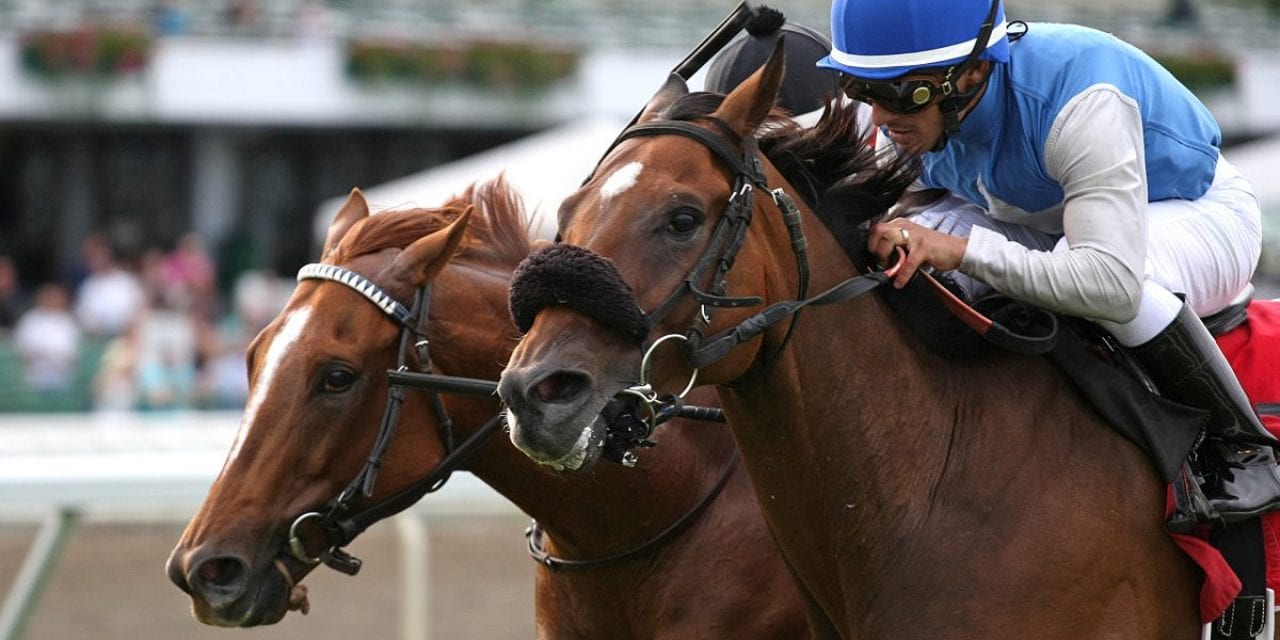 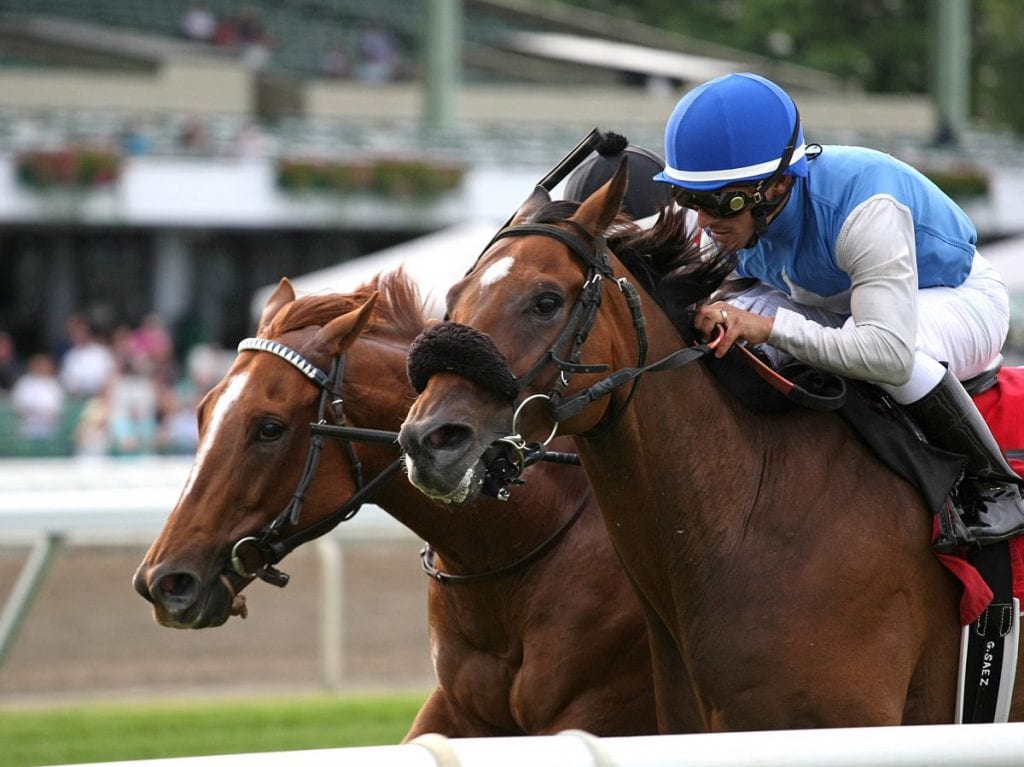 Oak Bluffs (inside) and Ancil (outside) slugged it out to the wire in Monmouth’s My Frenchman last month and will face each other again in Saturday’s Laurel Dash. Photo By Ryan Denver/EQUI-PHOTO

Perhaps the biggest story in Saturday’s grassy, six-furlong, $100,000 Laurel Dash is who’s not coming to dinner.

Ben’s Cat’s shadow’s loomed large over this event, as he’s won two of the last four runnings and finished second or third in the other two.  So perhaps it’s no surprise that in his absence, the race has attracted a crowded, and wide open, field of a dozen.

Who will play the leading role?

Perhaps it will be one of two horses who recently faced off in the My Frenchman at Monmouth Park.  Jamie Ness trainee Oak Bluffs (3-1 morning line) ran his win streak to four with a head score in the $72,000 event.  That gave him six wins — and two seconds — from nine turf starts.  Ancil (6-1) also ran well in the My Frenchman, narrowly missing in game effort.  The Joan Scott trainee, a stakes winner on the turf, has now earned nearly $300,000.  Trevor Mccarhty will ride Oak Bluffs, while Taylor Hole rides Ancil.

Alternatively, perhaps one of a pair of Bruce Brown-trained runners will prove best.  Night Officer (5-1), a Maryland-bred son of Officer, most recently ran a good second to Ben’s Cat in the Mister Diz over the strip, and he’s won three of six at the trip. Forest Boyce will ride.  Brown also brings Spring to the Sky (4-1), who’s been running against arguably better company — including three straight finishes behind razor-sharp Shore Runner — but may have lost a step from his best efforts a year ago.  Mike Luzzi will ride.

The rest of the field all are in double-digit odds.  Among them: