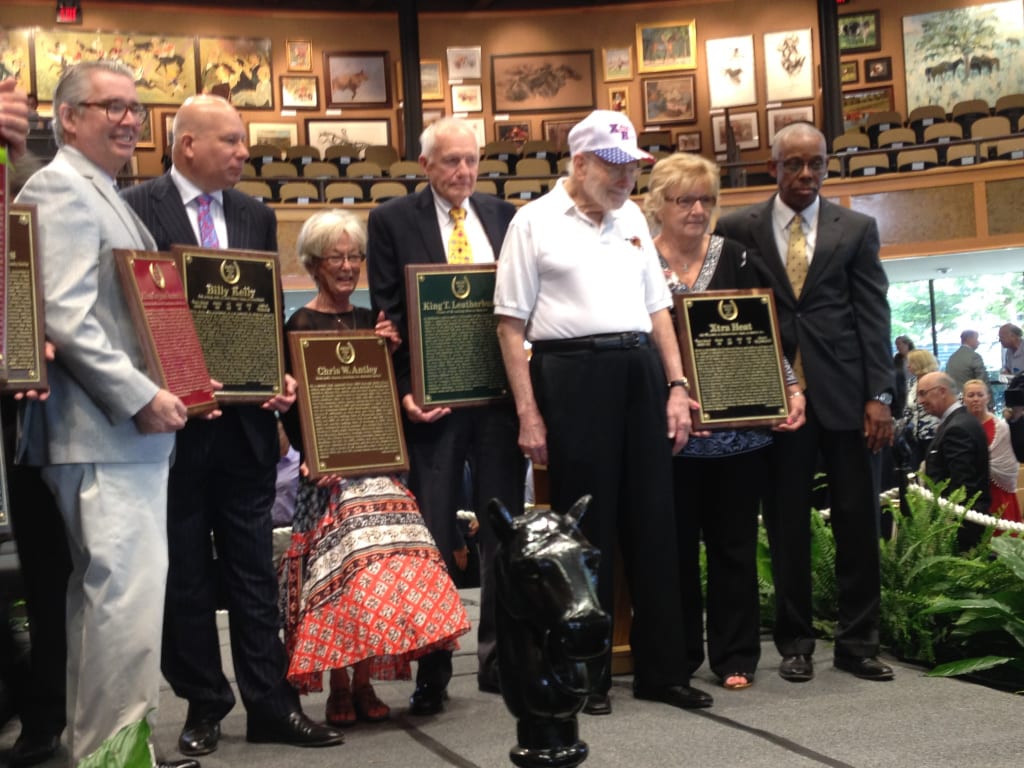 Let’s make on thing clear: Kenny Taylor is not in the market for another Xtra Heat.

“People say to me, ‘Are you looking for another Xtra Heat?’  No, because I’m not going to ever find another Xtra Heat,” the longtime Maryland-based owner, explained today following the National Museum of Racing and Hall of Fame induction ceremony in Saratoga Springs.  “There are no more Xtra Heats.”

The same — that there are no more of these — could equally said about each member of the Maryland-centric class that entered what master of ceremonies Tom Durkin called a “reliquary of excellence” today.

And while we’re at it, let’s make one additional thing clear: there is no truth to the rumor that the Laurel Park dining room was considered as an alternative venue for today’s ceremony, though, given the makeup of the class, perhaps it could have been.

There was Xtra Heat, the Maryland-based runner who won 25 stakes and an Eclipse Award for Taylor, co-owner Harry Deitchman, and John Salzman, Sr., who also owned a piece of the speedy filly while training her.

There was “Maryland as crab cakes” King Leatherbury, he of the nearly 6,500 wins and nearly as many old jokes.

There was the late Chris Antley, the preternaturally talented jockey whose career began at Pimlico, which was also the site of the last of his 127 graded stakes wins, aboard Charismatic in the 1999 Preakness, not long before his tragic death at age 34. 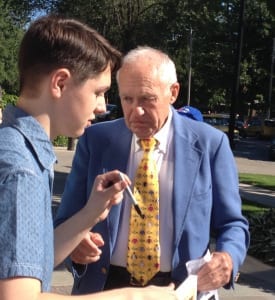 And that’s to say nothing of “Pillar of the Turf” Alfred G. Vanderbilt, Jr., the onetime owner of Sagamore Farm and Pimlico, who bred and owned the Grey Ghost, Native Dancer, and put together the most significant match race in American racing history between Seabiscuit and War Admiral in the 1938 Pimlico Special; or Billy Kelly, the colt of 1916 who achieved his greatest renown running for trainer H. G. Bedwell out of “Hard Guy’s” Laurel farm.

Representing the “not so Maryland” contingent today were another Pillar of the Turf, John Hay Whitney, old-time flat and jump jockey Vincent Powers, and claimer-turned-Grade 1 hero Lava Man.

There were laughs aplenty at today’s event, in part because relatively few in attendance had previously heard Leatherbury’s endless store of mildly corny jokes.  And there were tears, too, when Antley’s widow Natalie spoke.

“Love allows us to open to a place where we can feel joy and find acceptance,” she said, thanking the Hall of Fame for what she called “a very profound healing opportunity for our family.”

The crowd gave her a standing ovation.

It gave one, too, to Leatherbury, and you couldn’t help but think that many in attendance felt like the Hall of Fame honor was long, long overdue for a man who’s accomplished as much as he has.  As the roll call of Hall of Famers in attendance was called, a half dozen or more went out of their way to shake Leatherbury’s hand or, in the case of Chris McCarron who first lit the racing world on fire in the Free State, to slap hands with him.

Glenn Lane, one of Leatherbury’s erstwhile owners, introduced the trainer, choking up as he described how much he enjoyed following Leatherbury’s successes with Ben’s Cat, the popular nine-year-old millionaire.  “Every rock star has his groupies, and we are Ben’s,” he said.

“They called me up and said you’ve been voted in [to the Hall of Fame],” he said.  “So naturally, I immediately called for a recount.”

That led to a string of Leatherbury one-liners, capped off by his crack that he was disturbed, on a recent visit to the his family’s plot at the cemetery, to find a “Coming soon” sign where he is to be buried.

Now 82, Leatherbury may see more truth in the joke than he’d care to admit, but at the same time, he seems as spry and sharp as ever, which suggests we may be looking at those orange and white silks in (mostly) mid-Atlantic winner’s circles for years to come.

Among the Hall of Famers in attendance today was steeplechase jockey Jerry Fishback, class of 1992.  The Warrenton, VA native was that sport’s leading rider five times in the 1970s and in one year, 1977, he won 16 percent of all the jump races contested in the country.

And now, with both men members of the Hall Fame, that will be, as Tom Durkin said, among “the epic tales that are preserved here on Union Avenue.”