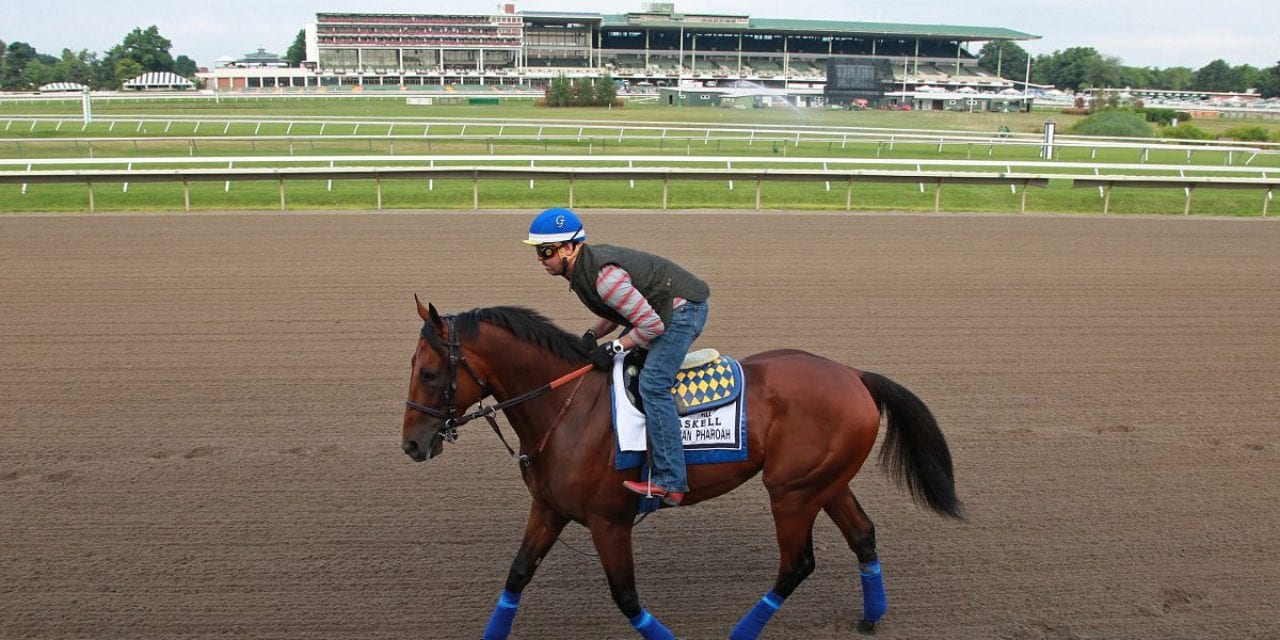 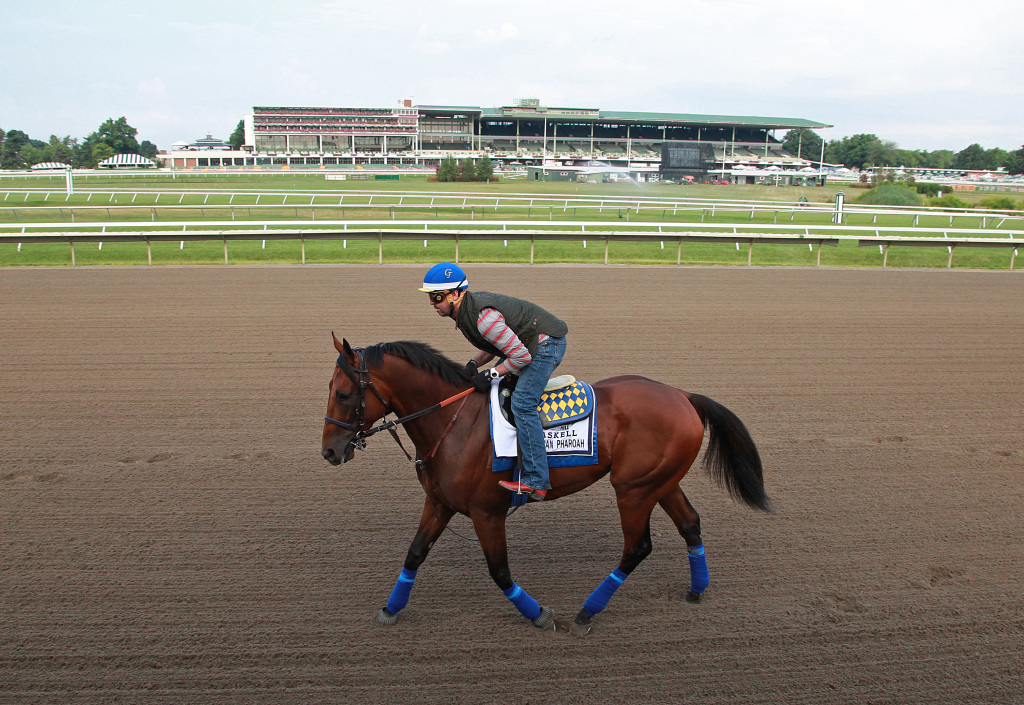 Zayat Stables’ American Pharoah, who raced into history by becoming only the 12th Triple Crown winner, will be the prohibitive favorite when he returns to action to take on a talented field of seven other 3-year-olds in the Grade 1, $1.75 million William Hill Haskell Invitational at Monmouth Park on Sunday.

The Kentucky Derby, Preakness Stakes and Belmont Stakes winner will break from post position four under regular rider Victor Espinoza in the 1 1/8 miles test over the main track, and Monmouth’s oddsmaker Brad Thomas has installed him at 1-5 in the wagering.

Hall of Fame trainer Bob Baffert is confident that American Pharoah, who arrived from his Southern California base on Wednesday afternoon and was out on the track Thursday morning for an easy 1-mile jog under exercise rider Jorge Alvaraez to familiarize himself with his new surroundings, is deserving of the favoritism.

“He’s holding his form and that’s the whole key after all he’s been through,” said Baffert, who is seeking a record eighth Haskell victory. “He had to show me that before I put him on the plane. My job is to keep him healthy and happy and ready to roll.”

Multiple stakes winner Upstart, who will be making his first start since the Kentucky Derby, drew the rail under Joe Bravo and is the second choice at 6-1. Grade 3 winner Competitive Edge, one of three horses to be saddled by three-time Haskell winning trainer Todd Pletcher along with Nonna’s Boy and Dontbetwithbruno, gets the services of Hall of Fame rider Mike Smith and is the third choice in the morning line at 8-1.

The locally stabled Mr. Jordan, winner of the Pegasus Stakes (G3) here in his last effort, and Top Clearance hope to make the most of their home field advantage while facing the biggest test of their young careers.

“We have never had a Triple Crown winner race in New Jersey before,” said Dennis Drazin, the consultant to Darby Development LLC, the operators of the track. “This will be a historic day for Monmouth Park. I am so proud to have this stellar field, led by a Triple Crown winner, competing in the Haskell.”