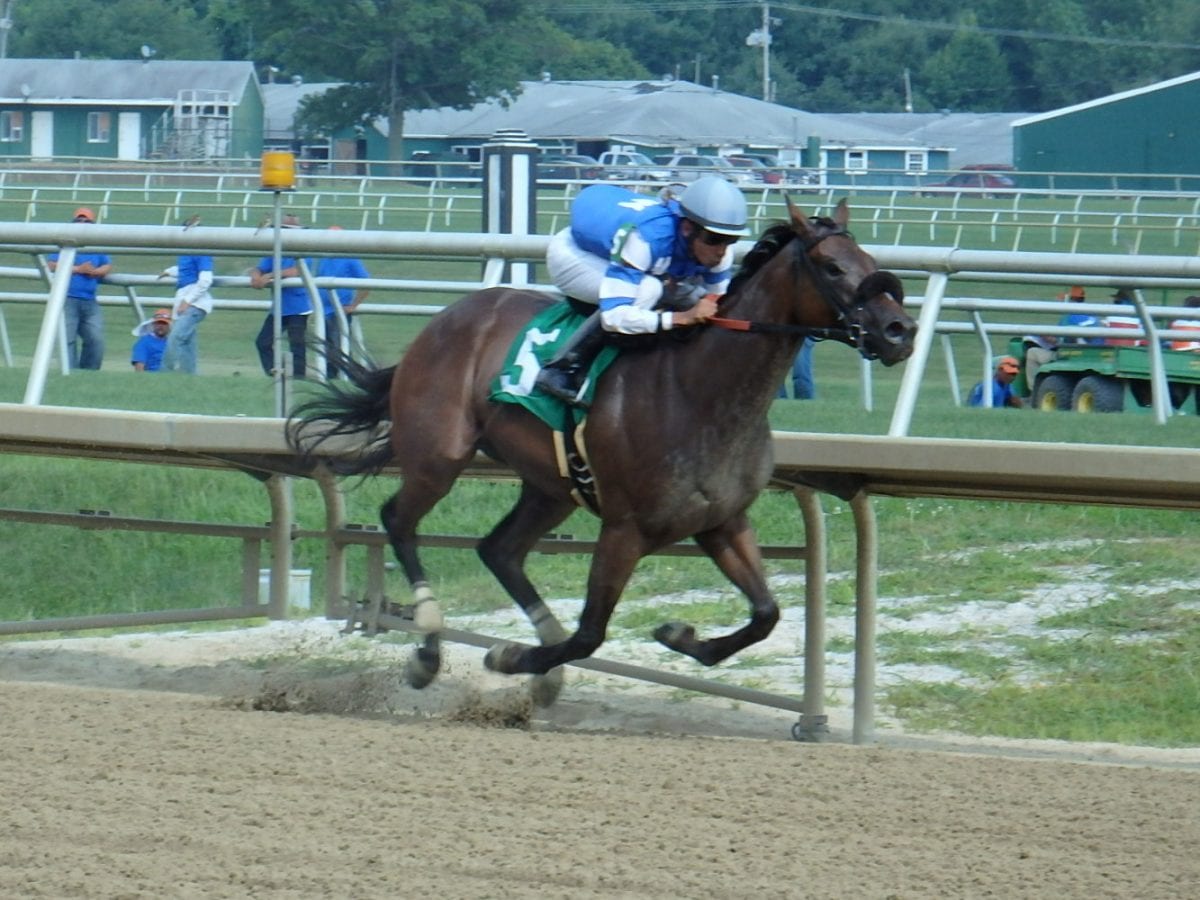 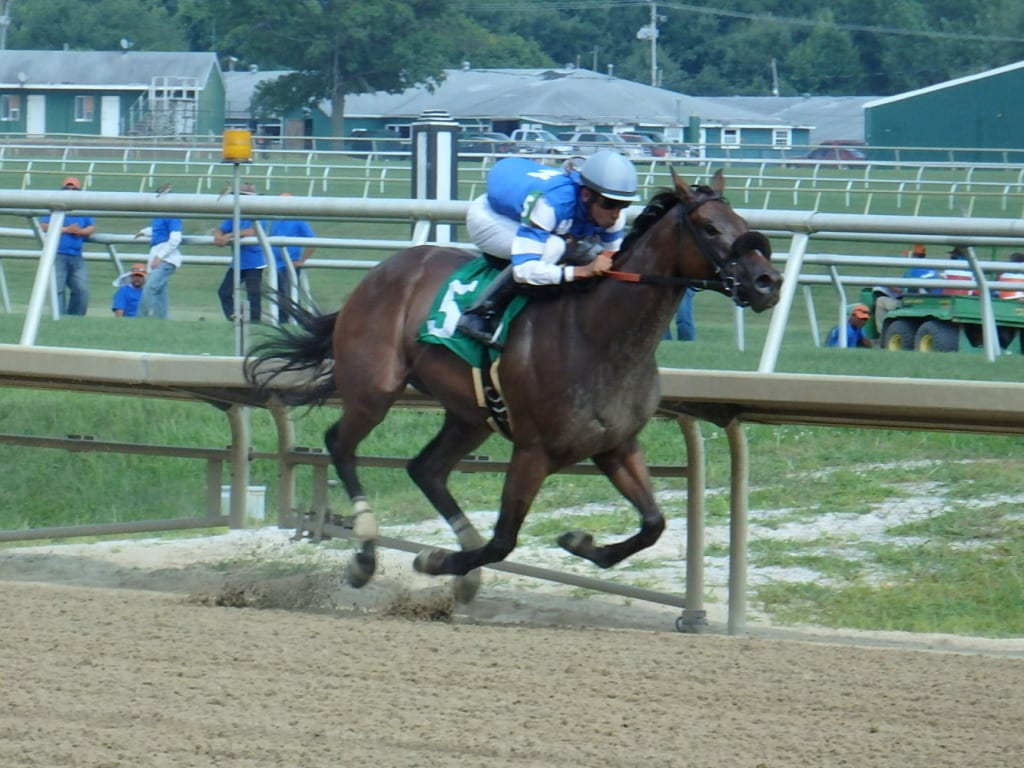 Table Jumper was all by her lonesome in winning the sixth at Laurel. Photo by The Racing Biz.

All eyes were on Espresso Time in Sunday’s sixth race at Laurel Park.

But when the dust had settled, it was a more modestly bred runner, Table Jumper, who had caught everyone’s eyes with a flashy four-length score in a 5 1/2 furlong maiden special weight test.  Running time for the race was 1:05.39.

“We thought she’d run good,” trainer Hamilton Smith said afterwards of his charge, who was a tepid 3.10-1 favorite.  “She’s been working well.”

While Espresso Time broke sluggishly and had plenty to do from the first jump, Table Jumper broke alertly and, under Julian Pimentel, sat comfortably off the contested pace of New York Posse and Stormy Arch Tko.

Nearing the quarter pole, Pimentel steered her outside the dueling pair, and she immediately burst to a clear lead.  Feeling the whip only briefly, she cruised to a four-length win over Jump for Love. Espresso Time was along late for third but was five behind Jump for Love. 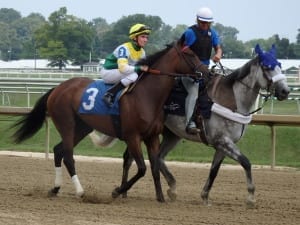 Table Jumper, a daughter of Jump Start-Great Hostess, by Great Notion, was bred in Maryland by Sycamore Hall Thoroughbreds LLC and fetched a modest $14,000 at Fasig-Tipton’s September Yearling Sale last year.  Owned by Kathleen Willier, she’s now one-for-one and may have bigger things in her future.

“We haven’t digested this one yet,” said Smith afterwards.  But, he allowed, “All the Maryland-bred stuff, that’s what we got her for.”

Smith thinks his charge might be fine going a route of ground, too.

“I think she’ll stretch out,” he added.  “She did that one pretty easily, really.”