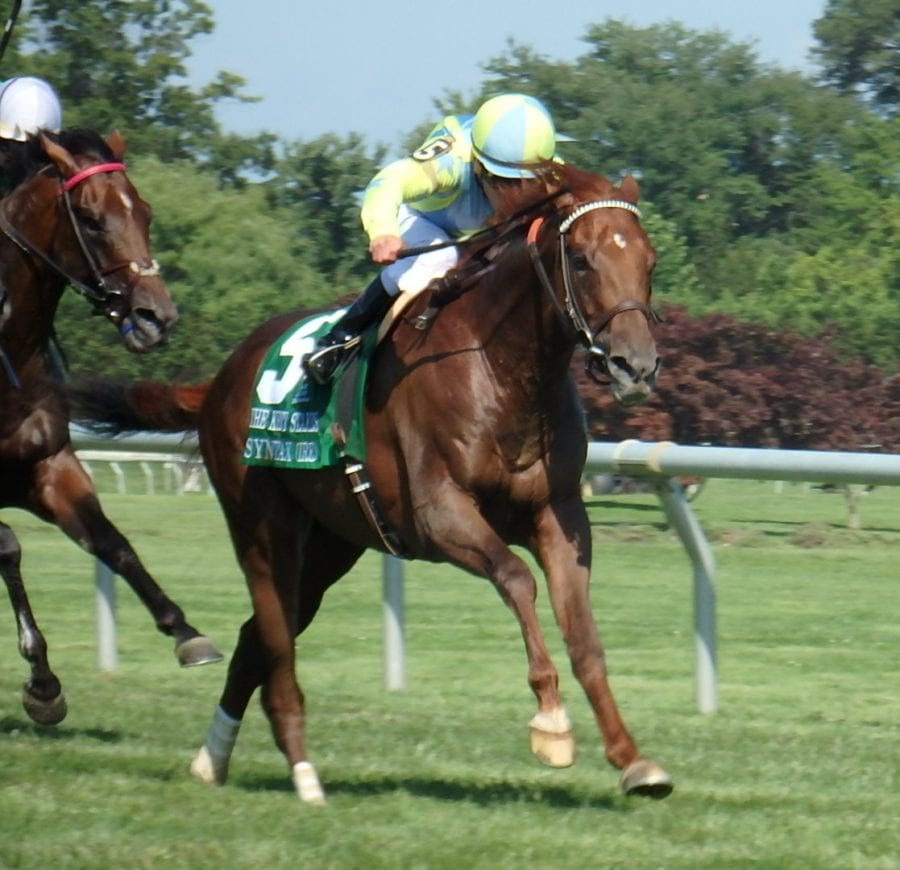 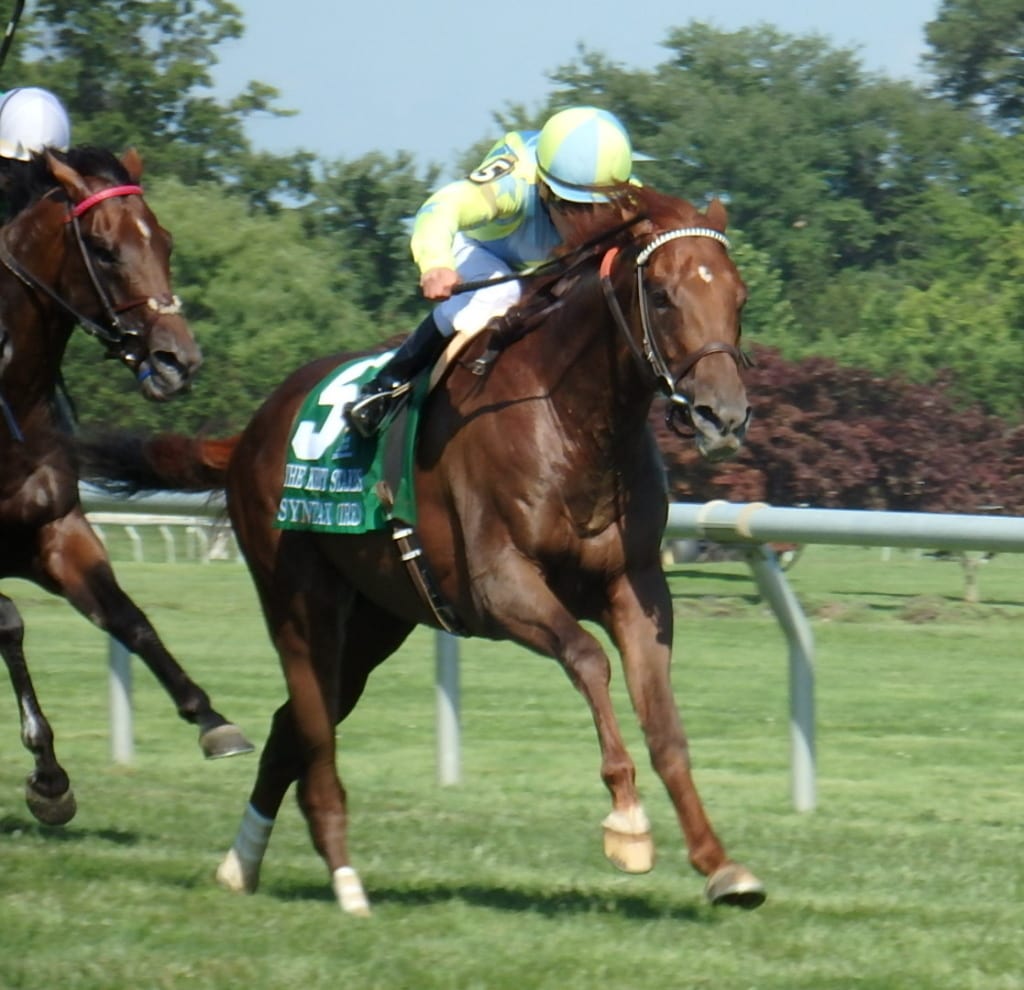 Perhaps the lesson of Saturday’s two graded stakes at Delaware Park was racing’s oldest, but hardest to learn: the value of patience.

Two horses who perhaps seemed to be spinning their wheels in 2014 registered their biggest wins yet in races that seemed to presage even greater victories ahead.

“I’d love to go to the Breeders’ Cup, but that might be down the road,” said a jubilant David Fawkes, trainer of Grade 1 Delaware Handicap winner Sheer Drama in the post-race winner’s circle, and that’s a thought that wouldn’t have occurred to anyone connected to the five-year-old daughter of Burning Roma just a year ago.

“You’ve got to think of some of the three-year-old races at Saratoga,” said Matthew Schera, who owns Grade 3 Kent Stakes winner Syntax.

But last August, when Fawkes first took over her training, she was just another horse.  In her first race for Fawkes, she was a well-beaten second, at 9-2, in a second-level allowance race.

“The folks that had her before me thought shipping her in off the farm for races was the way to go,” Fawkes said before the race, “but just like a lot of us, this mare likes a set routine and when that routine is changed or altered she’s not happy.”

That discovery made all the difference.  The filly struggling to win a second allowance race has since become a multiple graded stakes-winning mare who has finished first or second in six consecutive added-money races.  Last week, Fawkes and his star pupil arrived at Delaware early in the week, which made the end of the week all the more successful.

“It takes her a day to settle,” Fawkes explained.  “She settled in great.  The accommodations were good.  Tim Ice was nice enough to lend us a stall.”

In the process, Ice apparently generated a helpful store of good karma.  His trainee Heaven’s Runway, the longest shot on the board in the $50,000 Hockessin Stakes, rallied late to upset two participants in last year’s Breeders’ Cup Sprint, earn a victory by three-quarters of a length, and give rider Trevor McCarthy his third win of the day.

In the DelCap, Sheer Drama and jockey Joe Bravo — himself enjoying a career resurgence since returning to Monmouth Park this summer — sat off the speed of front-running Frivolous, drew even midway on the turn, and wore that runner down late to win.

“Everything was perfect. I couldn’t have asked for more,” Fawkes exulted.  “Especially going to the half-mile pole, those two started to inch away. You’re always worried about a closer going this far, but nobody was closing. They just kept inching away from the field.”

Sheer Drama (outside) outfought Frivolous to win the Delaware Handicap.

Three races prior to the big one, in the Grade 3 Kent for three-year-olds on the grass, another horse who not so long ago was on nobody’s radar screen burst through for a big win.

Syntax, the Irish-bred son of Haatef trained by Bill Mott, sat a perfect trip off the speed of My Team, tipped outside entering the lane under jockey Junior Alvarado, and took a half-length win over late-charging Money Multiplier.  It was Syntax’s first stakes win and third win overall in nine career starts.

“I purchased him in Ireland last July,” recalled owner Matthew Schera, who watched the race with wife Janine and his three young daughters.  “We wanted to run him in Saratoga.  We brought him over and he had a horrible trip [in the Saratoga race].”

He made one more start in 2014 — a disappointing second against maidens at Laurel at 2-5 odds — before getting a couple of months off.  In his February return to the races, he ran fourth at Gulfstream — Force the Pass, subsequent winner of the Grade 3 Penn Mile and Grade 1 Belmont Derby ran second — before finally graduating in his sixth career start.

He finished a solid fourth in the James Murphy Stakes at Pimlico in May, beaten by then-undefeated Woodwin W, Force the Pass, and All I Karabout.  He turned the tables on All I Karabout next out, in a Belmont allowance prior to the Kent.  He’s now won three of his last four starts with career earnings of more than $225,000.

“We didn’t know he was this quality until the last race probably,” Schera said.  “He won that allowance race nice.”

But still: “I was surprised we were here,” he added.

As he spoke, one of his daughters ran over to him, tugged his sleeve.

For Schera, and for Fawkes, the surprising blossoming of their graded stakes-winning charges is a gift that patience gave them.