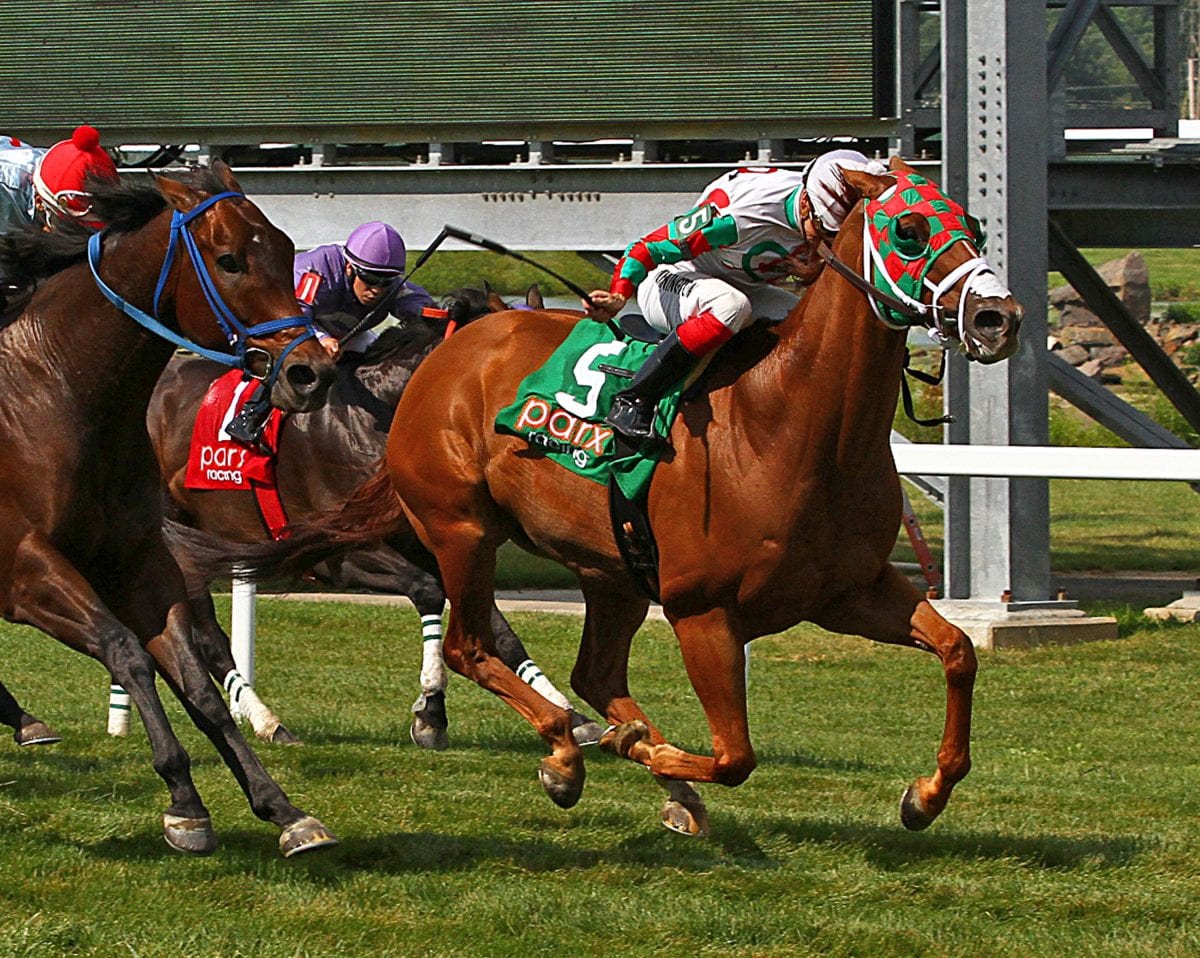 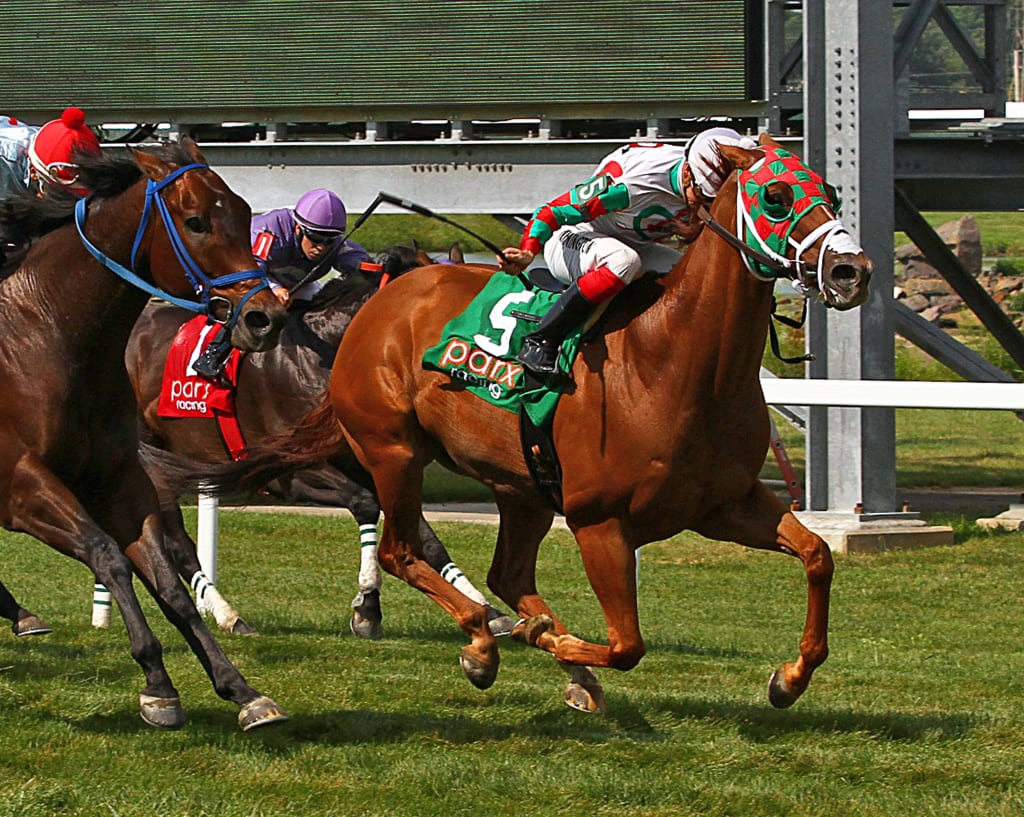 The announcement in late June that the Pennsylvania Thoroughbred Horsemen’s Association (PTHA) and Parx Racing management have brokered a three-year deal that will reduce the track’s live racing schedule to 156 days, punctuated by a two-month “Fall Festival” with doubled purses, has generally been well received.

The $20 Million “Fall Festival” will kickoff on Saturday, August 29, and continue through October 20.

Beginning in 2016, the track will also close for three weeks in August, from August 10 to September 3.

The track will remain open for training year-round, including the days closed for live racing.

While horsemen and management applaud this three-year agreement, it is believed to have been triggered by Senate Bill 900, which seeks to lower the minimum number of live racing days required at racetrack gaming facilities, and also allow each track to install slot machines at up to four off-track wagering parlors. Revenue generated at the OTWs would not go towards purses.

The legislation was referred to the Senate Community, Economic, and Recreational Development Committee on June 9, but no further action has taken place. The bill also authorizes Internet casino gambling.

While Parx is reducing dates, management at Penn National is not taking similar steps, but instead keeping an eye on what happens.

“I guess we will see what the impact is on field size when Parx does shut down next winter,” said Chris McErlean, vice president of Penn National Gaming, Inc. “As for a similar schedule change by Penn National, we will obviously be looking at the impact of the Parx changes as they do address several issues — that of too many race dates, small field sizes and diminished overall quality of racing. Any changes at Penn National will have to be done in conjunction with the PA-HBPA (the Pennsylvania Horsemen’s Benevolent and Protective Association, which represents horsemen at Penn National and Presque Isle Downs), and I am sure they, too, are going to be closely following the changes at Parx.”

The “Fall Festival” condition books have yet to be written, said Parx director of racing Sam Elliott, but he does have an idea of what they will contain.

“It goes without saying that the Pennsylvania Derby (Sept. 19) will have an extremely strong undercard and as good as I can make it, as well as Smarty Jones Stakes day (Aug. 29),” said Elliott. “I am also going to be adding four or five additional stakes during the Fall Festival, which will be $150,000 each, and right now I’m deciding what the best categories would be for them.”

Elliott said that, despite rumors to the contrary, Pennsylvania-breds will still have preference when entering, even turf races, although he is tweaking eligibility/conditions for those races.

“My goal is to make racing better,” he said. “If you look at our total handle in the first six months of this year versus last year, it’s up over 11 percent, and our average field size is also up over last year.”

Local horsemen had differing reactions to the dates reduction.

“If they’re going to reduce dates, doing it in January and February is the right time, because of the weather,” said trainer Marya Montoya. “This past winter was a disaster.”

This year, from January 1 through the end of March, Parx scrapped 18 live cards due to weather and/or track conditions, according to Equibase.

As to the Fall Festival, she said, “At least there will be guidelines and house horses (those stabled at Parx) will be okay, since they will be preferred when entering races, as will the Pa.-breds and those having the most starts at Parx.”

“We went from 210 days last year to 199 this year to 156 next year,” Lynch said. “You can see the handwriting on the wall — it amounts to about a 25 percent reduction — and I’m nervous for the horsemen. When they start taking dates away, it’s a slippery slope.”

Lynch said he was stabled at Atlantic City and Garden State Park in New Jersey in the late 1990’s when those tracks saw dates reductions in order to boost the Monmouth Park meet, and both of those tracks are now permanently closed. He said one of the reasons he decided to stable at Parx nearly two decades ago was because of its year-round racing, which allowed him to settle in one place with his young family.

While Lynch will continue to have horses at Parx, he said he’s decided to sell his home in Pennsylvania and move to the Wellington, Fla., area, near the Palm Meadows Training Center, where he’s sent a string each winter.

One enthusiastic supporter of the changes at Parx is Brian Sanfratello, the executive director of the Pennsylvania Horse Breeders Association.

“This is a very exciting time for Pennsylvania breeding and racing,” he said via email. “As a breeder and owner myself, I can’t wait for the new Fall Festival at Parx. The change in purses during this eight-week period for Pennsylvania-breds is huge. To sum it up in a word from one of the state’s premier breeders, Rick Abbott, ‘WOW’!

“This is a win-win situation for all involved,” added Sanfratello. “Thanks goes out to the PTHA and Parx for putting this all together.”