Lucy’s Bob Boy gets back on winning track 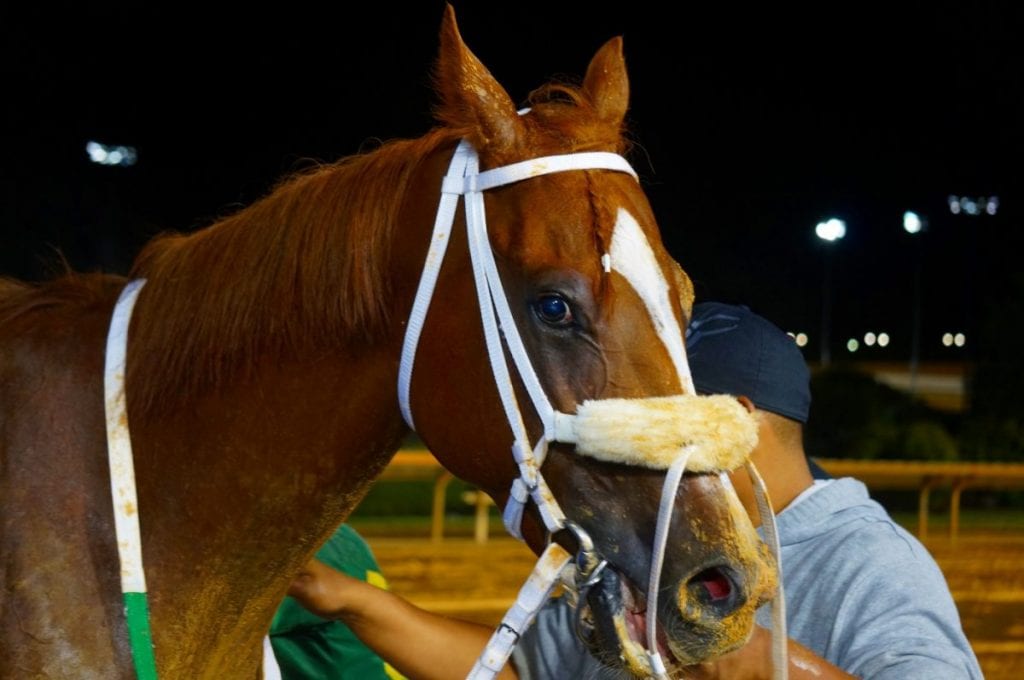 Given two months off between races, Lucy’s Bob Boy returned to action last night, and he brought his “A” game.

The six-year-old, West Virginia-bred son of Flatter took command right out of the gate, led every step of the way, and posted a one-length victory in last night’s $30,000 handicap feature at Charles Town Races.  It was the Sandra Dono trainee’s 24th career victory and pushed his earnings to $939,155.

In May, under similar circumstances, Twenty Hawks attained an early stalking position in second, pushed Lucy’s Bob Boy into defeat, and earned the victory.  Last night, Twenty Hawks and rider Jose Montano adopted a similar strategy — but with very different results.  Lucy’s Bob Boy and Arnaldo Bocachica ticked off the half-mile in 47 4/5 seconds and three-quarters in 1:13 flat, and those fractions were enough to doom Twenty Hawks, who faded to finish last of seven.

Lucy’s Bob Boy, the 1.70-1 post time favorite, held a four length lead with an eighth of a mile to run, with Tuckers Point the only real threat.  That runner made a sustained, three-wide move under Christian Navarro, slicing Lucy’s Bob Boy’s lead to just a length at the wire while more than four clear of One More Time — the runner-up in that May tilt — in third.

A pair of Maryland-based horses, Joint Custody and Warrioroftheroses, scratched.

It was an eventful evening for jockey Jose Montano, who rode Twenty Hawks in the seventh.  He won the third race with Tamworth Honey, was thrown to the track when Game Point stumbled out of the gate in the fifth, rode Twenty Hawks in the feature, and won the final race of the evening aboard Maks.  Montano is laying waste to the Charles Town jockey race, with 122 wins from 415 starts, 39 wins ahead of second-place Arnaldo Bocachica.  He also led the track’s riders in wins last year…  Favorites won five of eight races yesterday and finished second in two others…