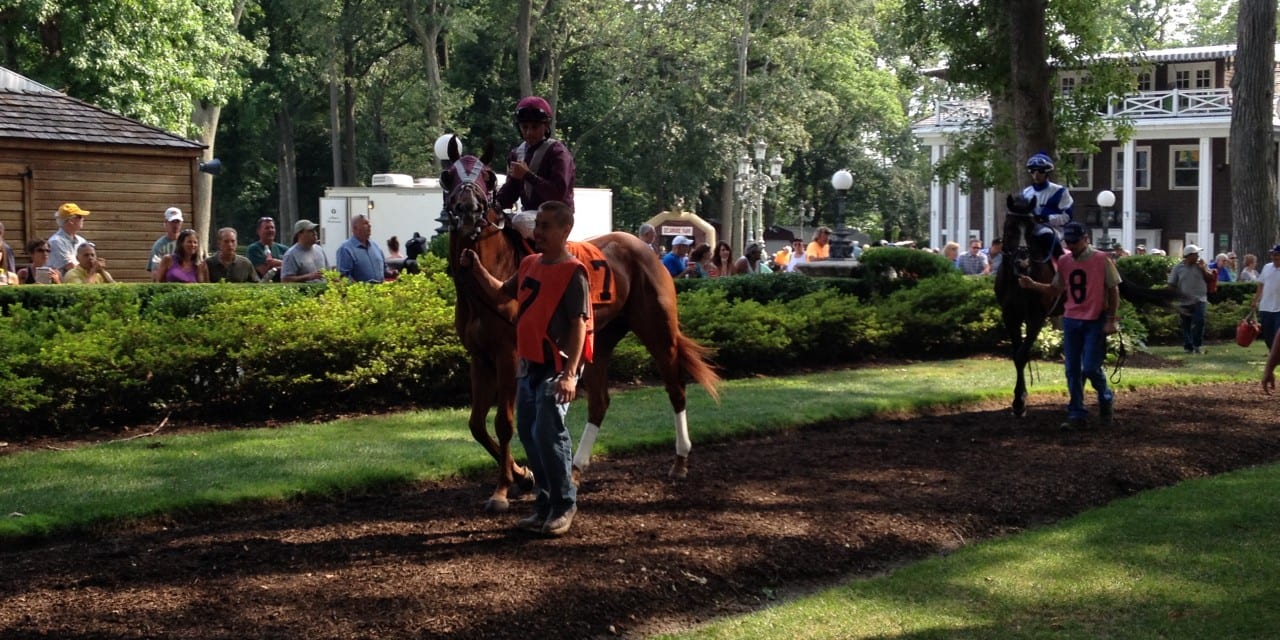 Lady of Gold, locally-owned by The Elkstone Group, is expected to improve in the $200,000 Grade III Robert G. Dick Memorial Stakes at Delaware Park this Saturday. The mile and three eighths grass affair for fillies and mares has attracted a field of eleven.

“She needs more ground and we kind of figured that out over the winter,” said trainer H. Graham Motion.  “Because of that, pretty much since she left California, this has been the race we have been pointing her for.  She ran terrific in the Justakiss and that race should really help set her up for the Robert Dick.”

“These kind of races are really her forte,” Motion said.  “I think in her last race, she really put it all together.  She had a really good winter.  I think with her it has been a progression and it has just taken us a little while to figure out, but I think she is in the best form she has ever been.  She is really doing terrific right now.”

In post position order, with program number in parentheses: