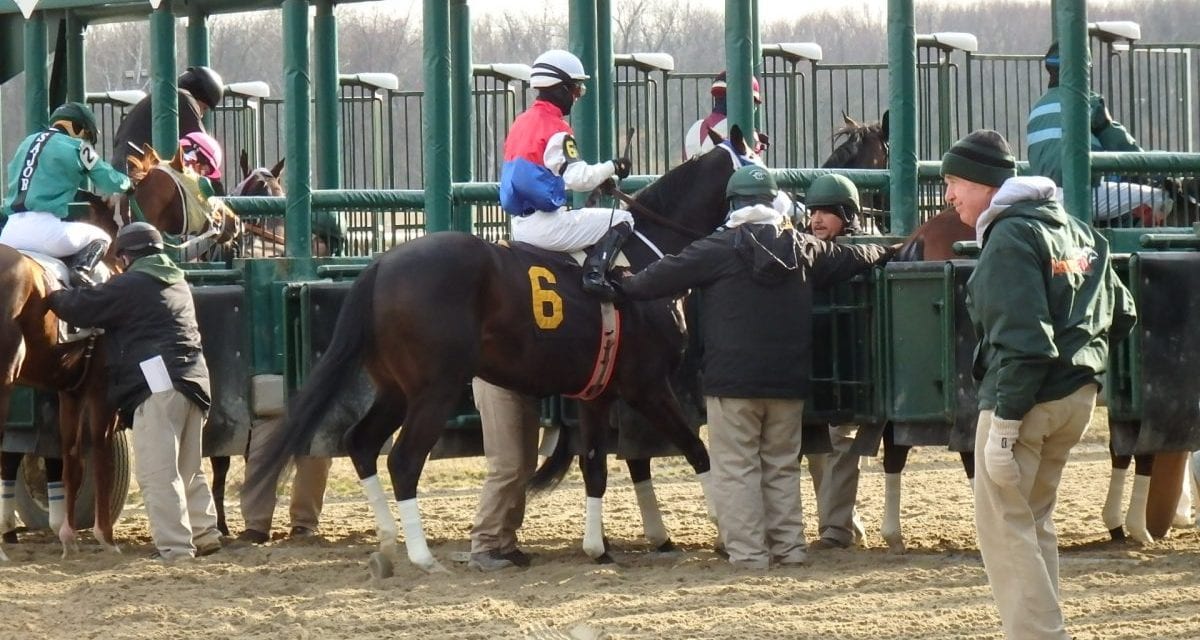 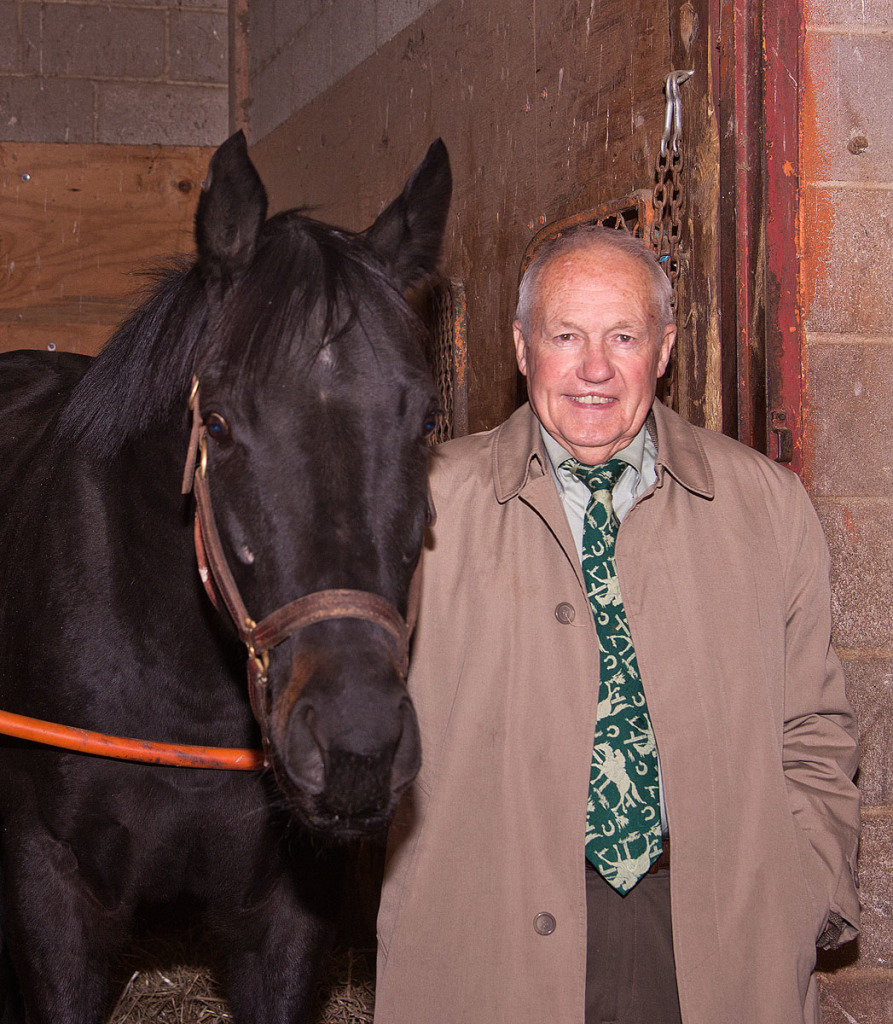 When the summer time dates for Laurel Park were announced and approved by the Maryland Racing Commission, many of the trainers stabled on the backside could breathe a collective sigh of relief since frequent trips along Interstate 95 to Monmouth Park and Delaware Park would soon be replaced by a much shorter walk from the barns to the paddock less than a mile away.

A glimpse at the fields for Friday’s eight-race twilight card, set to begin at 3:40, and Saturday’s eight-race affair, starting at 1:30, reveals 92 horses entered for the Friday card and 94 entered on Saturday.  Three of the races on Friday drew 16 entrants, of which only 14 can actually start, while one Saturday event attracted 16 runners and another 15, again with fields limited to 14. In fact, Friday’s four turf races drew a total of 59 runners, of which 53 could actually run and Saturday’s quartet of turf races drew 53 entrants, of which 50 could run.

After spending much of last summer traveling to and from Monmouth Park from her former base at the Bowie Training Center, Linda Gaudet echoed many of the Laurel trainers who are eagerly looking forward to the summer dates and the chance to run horses over one of the best, if less utilized, turf courses in North America. Gaudet does not have a horse running on Friday’s opener, but she certainly intends to be on hand for the opening twilight card. She will, however, saddle Blimey for the sixth race on Saturday, a six-furlong event on the main track.

“I think everybody around here is excited about the summer dates,” Gaudet said. “We didn’t add more dates to the schedule. We just moved some dates around and now we’ll go three days a week through the winter. I think everyone who remembers last summer is really excited. I know me and my grooms were just wiped out at the end of last summer. Every week we were driving up to Delaware Park or Monmouth to race horses. That ships takes a toll on you and it takes a toll on the horses. I’m glad that we finally get to run on the turf course — it’s in great shape.”

Trainer Jose Corrales, who saddled Bodhisattva in the Grade 1 Preakness earlier this spring, will be slightly busier than Gaudet this weekend. He is running Tiago’s Honour in the third race on Friday, a one-mile and one-sixteenth event for claimers in which his horse is the 7-5 morning line favorite, and then 10-1 longshot Pagan Power in the sixth. Corrales will then run Wilko Rum, Dream Brew and Island Sunset on Saturday in the first, third and sixth races, respectively. Like Gaudet, Corrales viewed the summer dates at Laurel as a chance to race close to home — he also lives in Laurel — without the expense of having to ship to various tracks along the East Coast to compete.

“I think it’s a good thing,” Corrales said of the summer dates. “I’m glad that we finally have a chance to run here this summer. It’s tough to ship anywhere during the summer. The days are hot and it’s hard on you and your help and your horses. I think Tim Ritvo and Sal Sinatra are doing some good things. They at least want to try some things. Last summer we had no place close to home to race. This year we get to race here. The turf course is just unbelievable. I know a lot of local trainers are happy to be able to run on it this summer.”

While Gaudet and Corrales will stay close to home throughout the summer, longtime local legendary trainer King T. Leatherbury may spend his most memorable weekends on the road. On July 11 he will send the venerable, durable Ben’s Cat to Parx for the Grade III, $200,000 Parx Dash on the turf course there.  Four weeks later, Leatherbury will make the trip north to Saratoga, where he will be formally inducted in the National Racing Hall of Fame. Leatherbury is running Southern Peach on Friday in a 5 1/2-furlong turf event and has entered Brush Creek, Rainbowappears, and Mabroom for Saturday.

“Everyone that I’ve run across is excited about the summer meet,” said Leatherbury, who said he may run one or two horses locally while spending two days in Saratoga at the Hall of Fame ceremony. “I think it was something that really needed to be done. We’ve got one of the best turf courses in the country and it was shame that it went unused the last two summers. I’m glad they finally got the dates worked out and we can stay at home and race this summer. With any luck, everything in my barn should be able to make one or two starts at the meet. It sure beats shipping everywhere to run.”

While Corrales, Gaudet and Leatherbury were all beaming over the chances to run their horses at Laurel Park this summer, longtime local trainer John “Jerry” Robb remained cautiously optimistic about how the meet would impact the long-term face of the local racing scene. Robb, who saddled Patrick Rocks to a third-place finish in the Grade 3, $100,000 Bashford Manor Stakes at Churchill Downs last Saturday and then Mast Cove to a third-place finish in an $11,500 claiming event at Delaware Park on July 1, still expects to spend considerable time on the road this summer shipping his horses to various tracks.

“Most of the races that fill right away are either on the turf or $5,000 claiming races on the dirt,” said Robb, who has 30 horses in his Laurel Park barn and has Choice Appeal entered for Saturday’s third race at seven furlongs on the main track. “So those are the races they use. I only have three $5,000 claimers and most of my horses are not turf horses. My concern is that a lot of owners with good dirt horses are going to get out of the business if their horses can’t run more than once a month. I’m hoping that the meet goes well, and I think it will. I’m just not sure if the success of the summer meet and racing three days a week all year is going to bode well for the [horse] owners.”