79 yearlings and one retired trophy at MHBA show 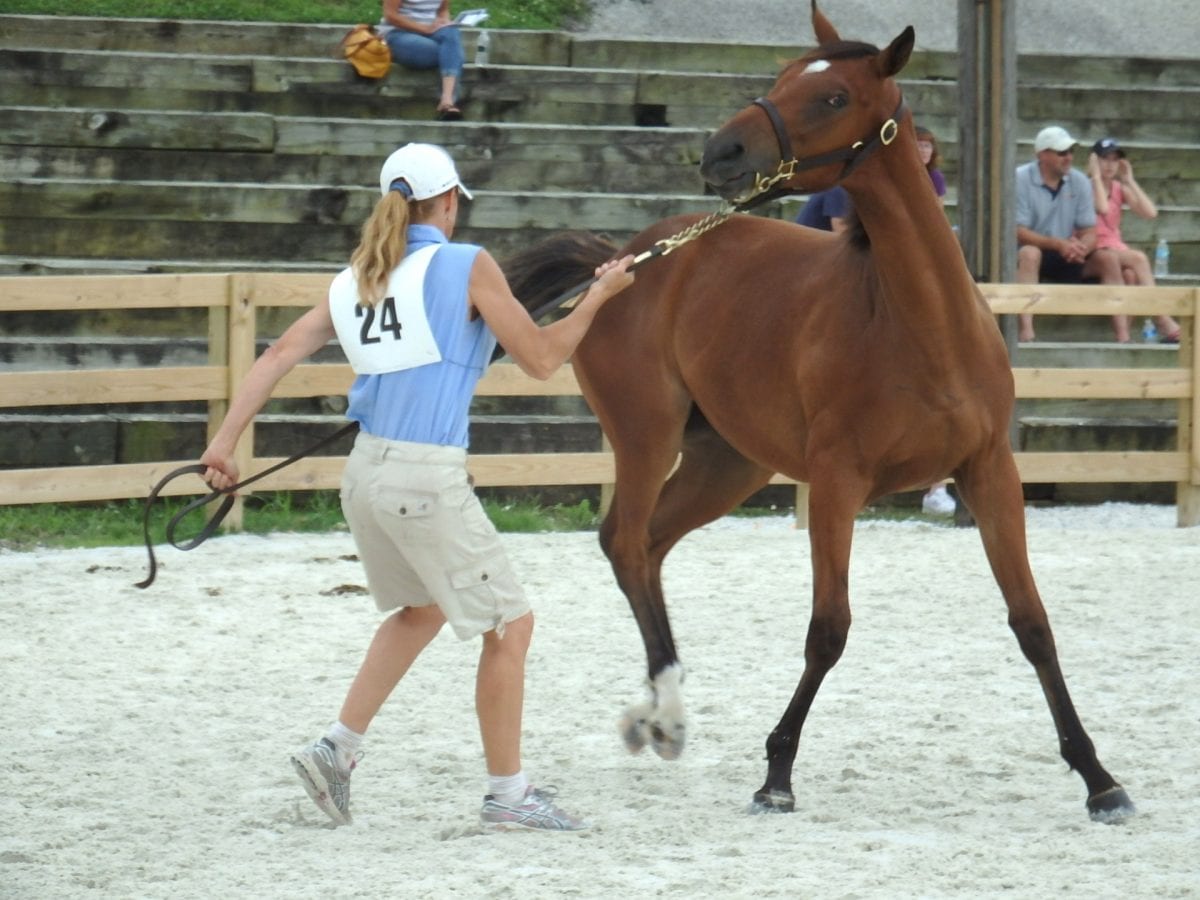 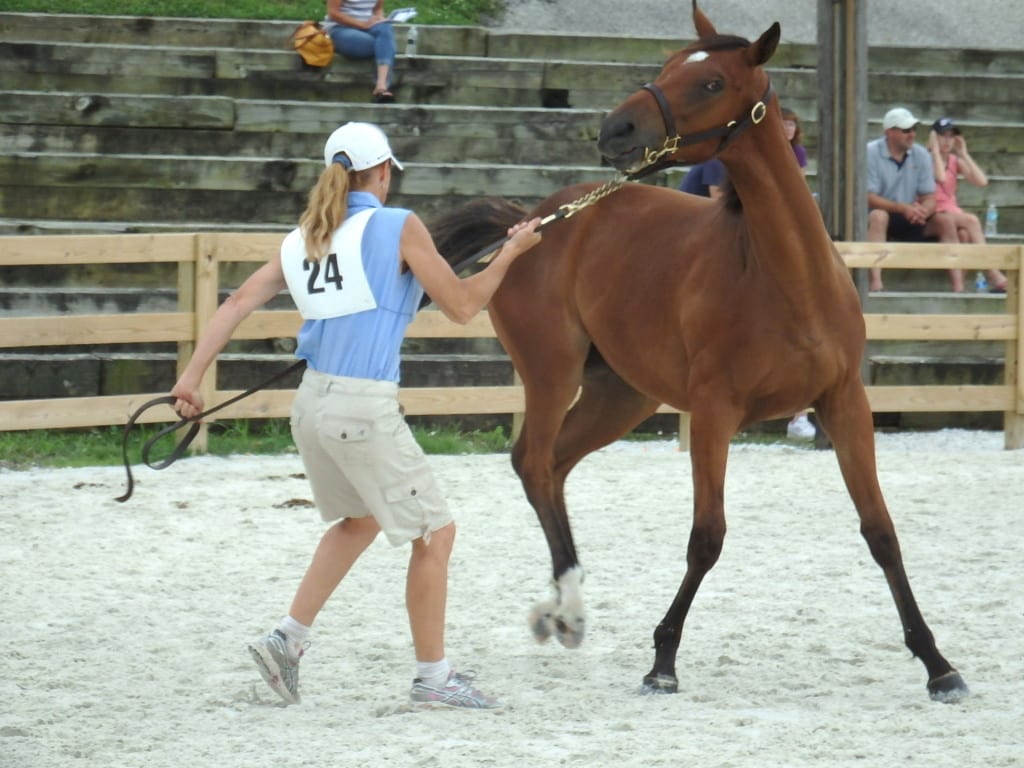 For the third time in the past five years. a yearling exhibited by Robert T. Manfuso and Katharine M. Voss was selected as champion of the Maryland Horse Breeders Association’s (MHBA) Maryland-bred yearling show, held for the 81st time on Sunday, June 28 at the Timonium Fairgrounds horse show ring in Timonium, Md. The three-win feat marks the retirement of the Foxharbor Farm Challenge Trophy, which has been presented to the owner of the champion yearling since 2011.

Leading bloodstock agent Donato Lanni judged 79 yearlings in four classes and selected Manfuso and Voss’ filly by E Dubai as his top pick. The winner of Class IV (for fillies conceived in states other than Maryland) is the second foal out of the unraced Bluegrass Cat mare To Give from a family with long ties to Manfuso. The E Dubai filly represents the third generation bred in partnership by Manfuso, descending from the mare Emmaus. Her second dam, Impart, is a half-sister to multiple graded stakes winner and champion sire Wiseman’s Ferry, who was also bred by Manfuso in partnership.

Lanni was asked to select a champion and reserve champion from his four class winners, and noted it was a tough decision. “The champion is well-balanced and athletic, and showed herself really well,” he said.

Manfuso and Voss previously exhibited the grand champion of the show in 2011, a colt by Corinthian named Distiller, and in 2012 with a Thewayyourare colt named Idiosyncratic. Manfuso and Voss yearlings have won at least one class at the show in eight of the past 10 years.

Manfuso retired the show’s first challenge trophy, the Blarney, in 1999, nearly 40 years after it was first presented. The Chanceland Challenge trophy was awarded from 2000 until Cary Jackson of Foxharbor Farm took permanent possession in 2010.

Lanni pinned Bonita Farm’s homebred filly by Etched (winner of Class III for fillies conceived in Maryland) as reserve champion. “She’s raw, athletic, and looks like a big, two-turn filly,” Lanni commented. The dark bay out of Bay of Bengal (by Rakeen) is a half-sister to seven winners; her second dam is multiple graded stakes winner Calipha.

Lanni described his experience at the show as “checking off an item on the bucket-list – it was an amazing experience, an honor, and harder than expected.” He added, “People take it seriously and brought good horses.”

The leading Maryland sire of the show was Etched, a son of Forestry who stands at Bonita Farm in Darlington, Md., and whose oldest foals are 2-year-olds. Etched took title to the Northview Stallion Station Challenge Trophy by having two ribbon winners, his other a second in Class I for Maryland-sired colts and geldings.

Class I. For colts and geldings foaled in Maryland, the produce of mares covered in Maryland. (17 exhibited):

Class II. For colts and geldings foaled in Maryland, the produce of mares covered in states other than Maryland (23 exhibited):

Class IV. For fillies foaled in Maryland, the produce of mares covered in states other than Maryland (14 exhibited): 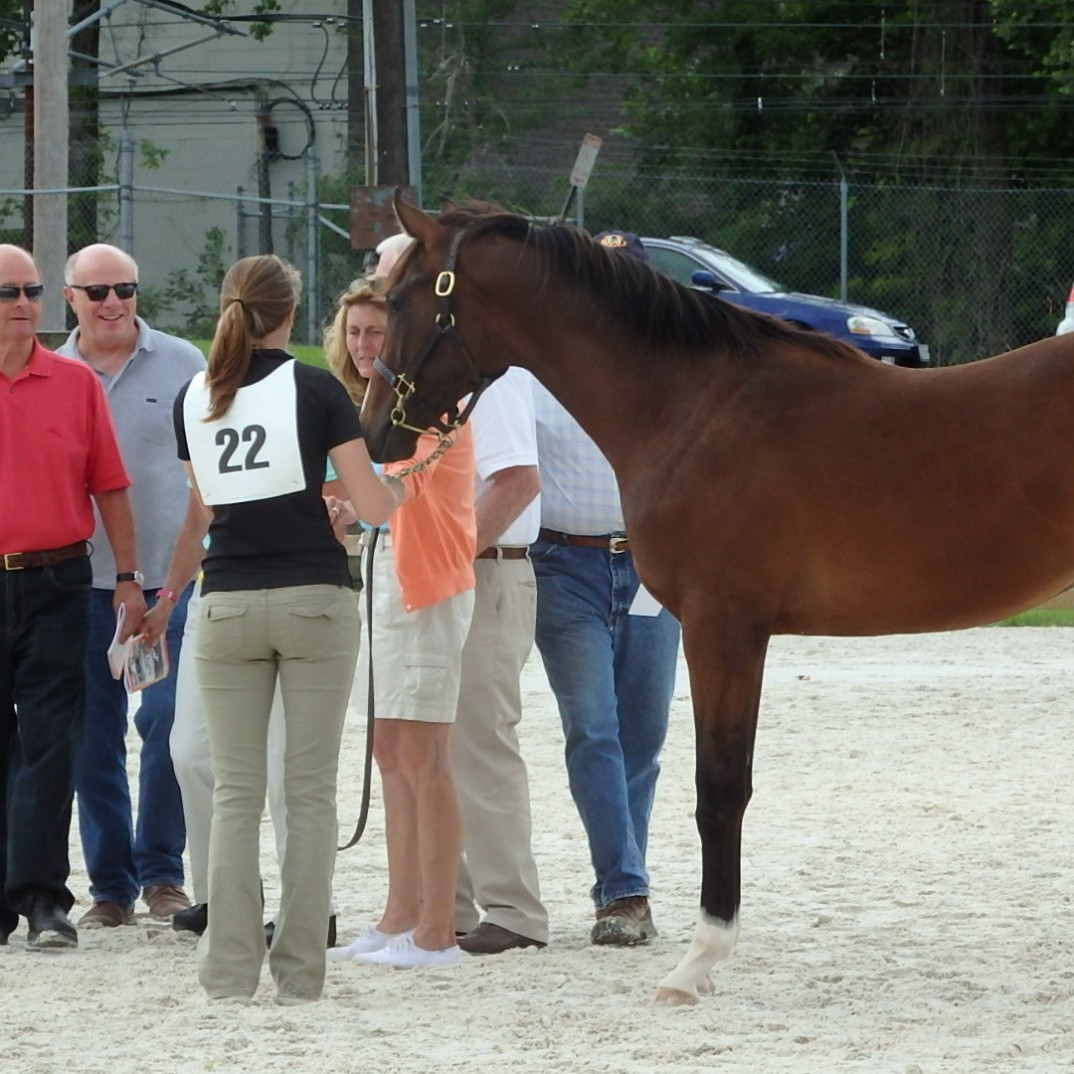 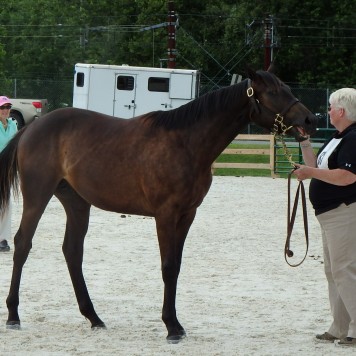 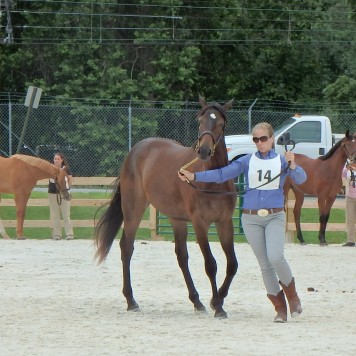 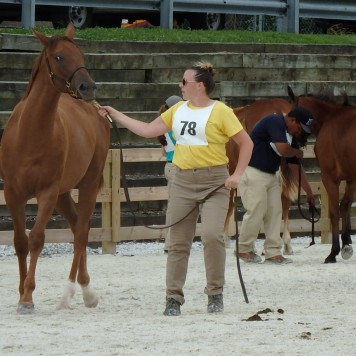 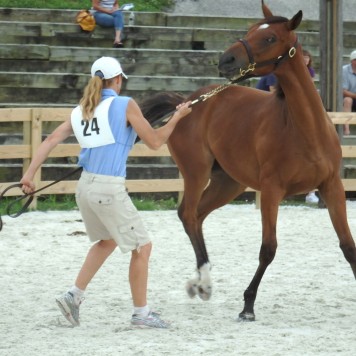 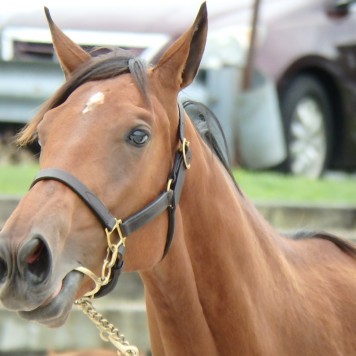 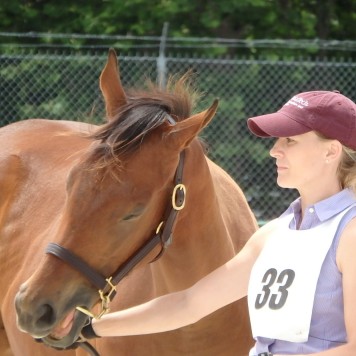 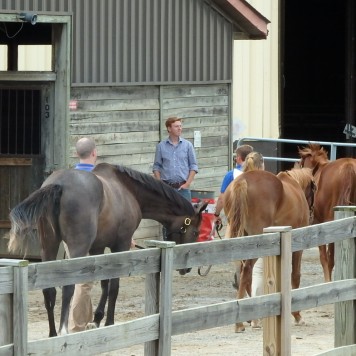 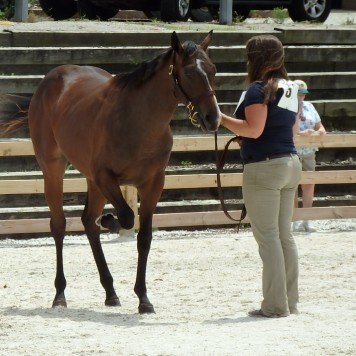 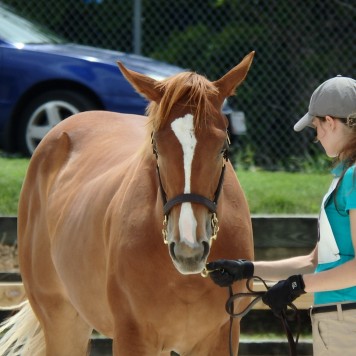 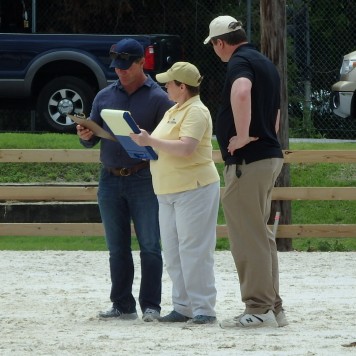 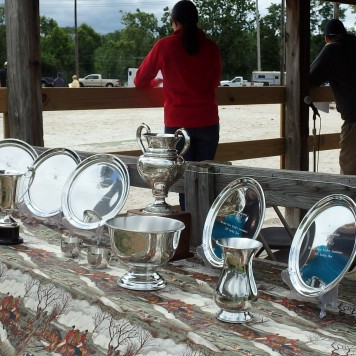 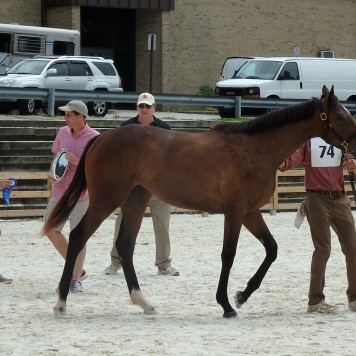 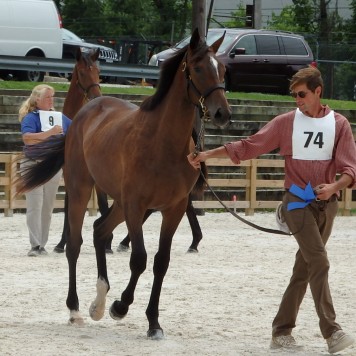 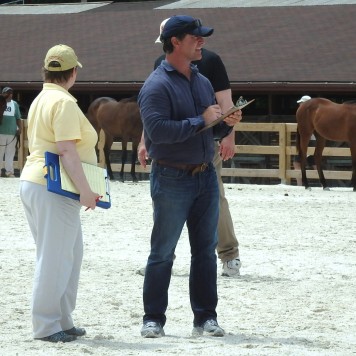 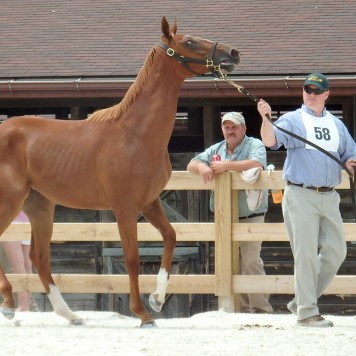 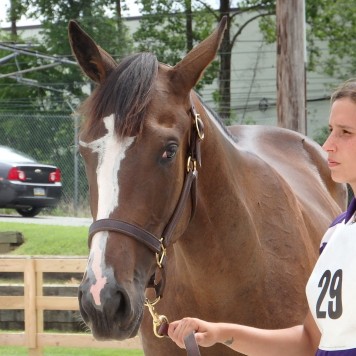 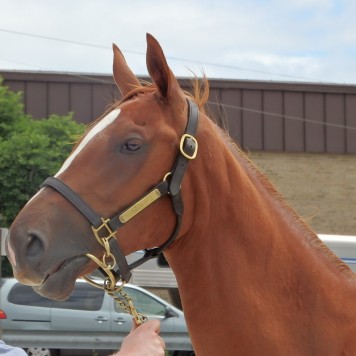 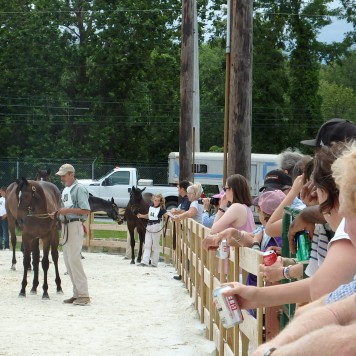