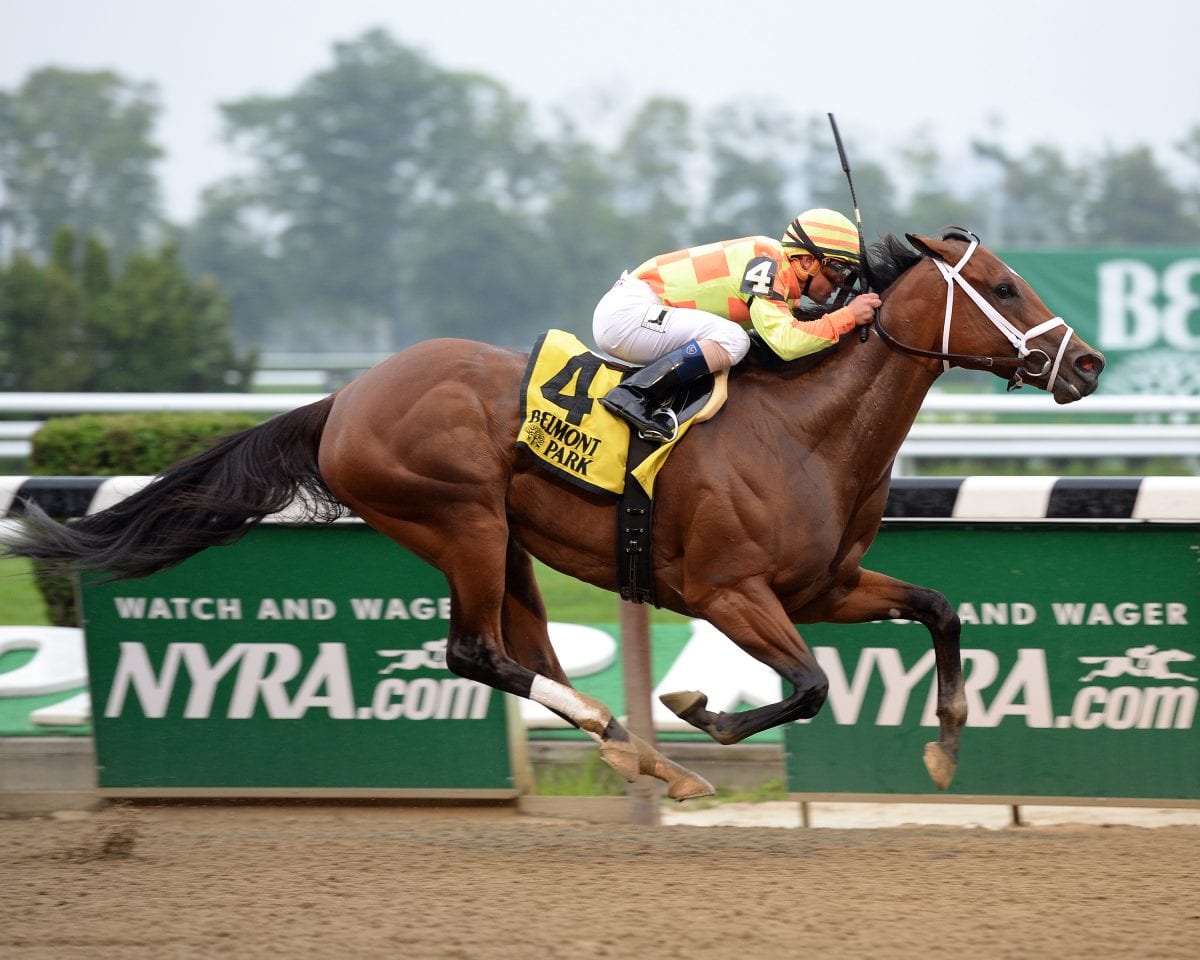 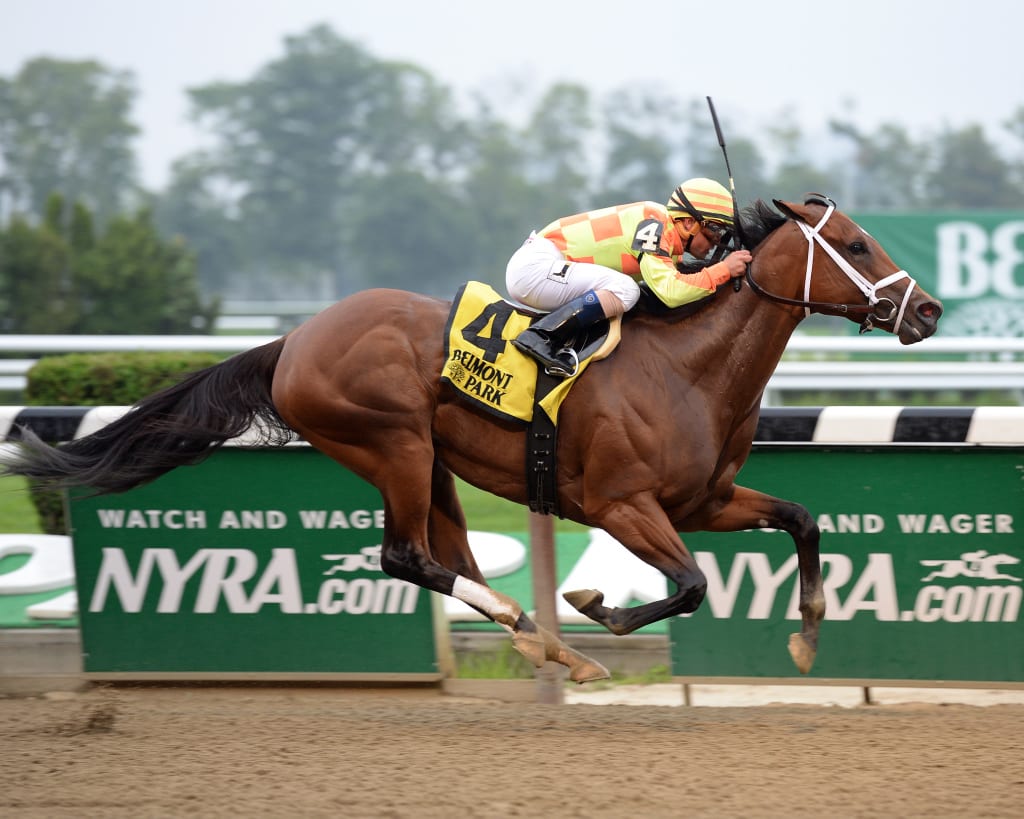 The two horses atop the Mid-Atlantic Thoroughbred/The Racing Biz Top Midlantic-bred Poll both were in action in graded events this weekend.

And both delivered victories likely to solidify their holds on the top spots — at least, for the time being.

Two and a half hours later — and three thousand miles away — Virginia-bred Stellar Wind, a three-year-old, won narrowly in the Grade 2 Summertime Oaks at Santa Anita, getting back on the winning track after having failed as the favorite in the Kentucky Oaks.

Dame Dorothy caught two critical breaks that gave her the inside track to winning the Bed o’ Roses.  The first was the pre-race scratch of La Verdad, the morning line second choice who figured to give Dame Dorothy a tussle.  The second came when speedy Room for Me missed the break. lunging awkwardly.  That left Dame Dorothy the controlling speed, and she was able to guide the field through a leisurely first half-mile in 47 3/5 seconds in the seven-furlong affair.

“I didn’t expect to be on the lead, but after [Room for Me] didn’t break out of the gate I took a shot,” said Dame Dorothy’s jockey, Javier Castellano.  “When the only speed horse didn’t break, I was able to dictate the pace.”

Approaching the lane, Street Story made a strong bid, drawing to virtually even terms outside of Dame Dorothy.  But Dame Dorothy, the 2-5 favorite, had enough to wear that rival down and draw off late.

“We’ll look next at the Ballerina [Grade 1, $500,000, seven furlongs, Saratoga Race Course, August 29],” said Todd Pletcher, who trains Dame Dorothy for owner Bobby Flay.  “We’ll just have to decide if there will be anything in between.”

Like Dame Dorothy, Stellar Wind was sent off as the 2-5 betting favorite when she ran later in the day in the Summertime Oaks.  Unlike that runner, she won by the narrowest of narrow margins, a head-bobbing nose over the ultra-game Tara’s Tango.

Stellar Wind was wide on both turns of the 1 1/16 mile main track event in a race that was run more like a turf race — slow early-fast late.  She was never far off the pace while in fourth, bid for the lead entering the turn for home, and had just enough to outlast Tara’s Tango in 1:42.53.  The horses covered that last 5/16 in a sharp 30.26 seconds.

“They slowed it down pretty good, so I kept her closer,” said winning rider Victor Espinoza, who these days is pushing all the right buttons.  “That was the best thing because with that pace I couldn’t leave her too much to do.”

John Sadler, who trains Stellar Wind for Hronis Racing LLC, said that he would take the filly to Del Mar and decide whether to try her on the grass there or ship somewhere else to run on dirt.

But Kosta Hronis, who owns Hronis Racing with his brother Peter, said, “I think we’d like to keep her on dirt for now. If we stay home here at Del Mar, we’d probably have to switch her over to the grass. If we keep her on dirt, we might go to Saratoga.”