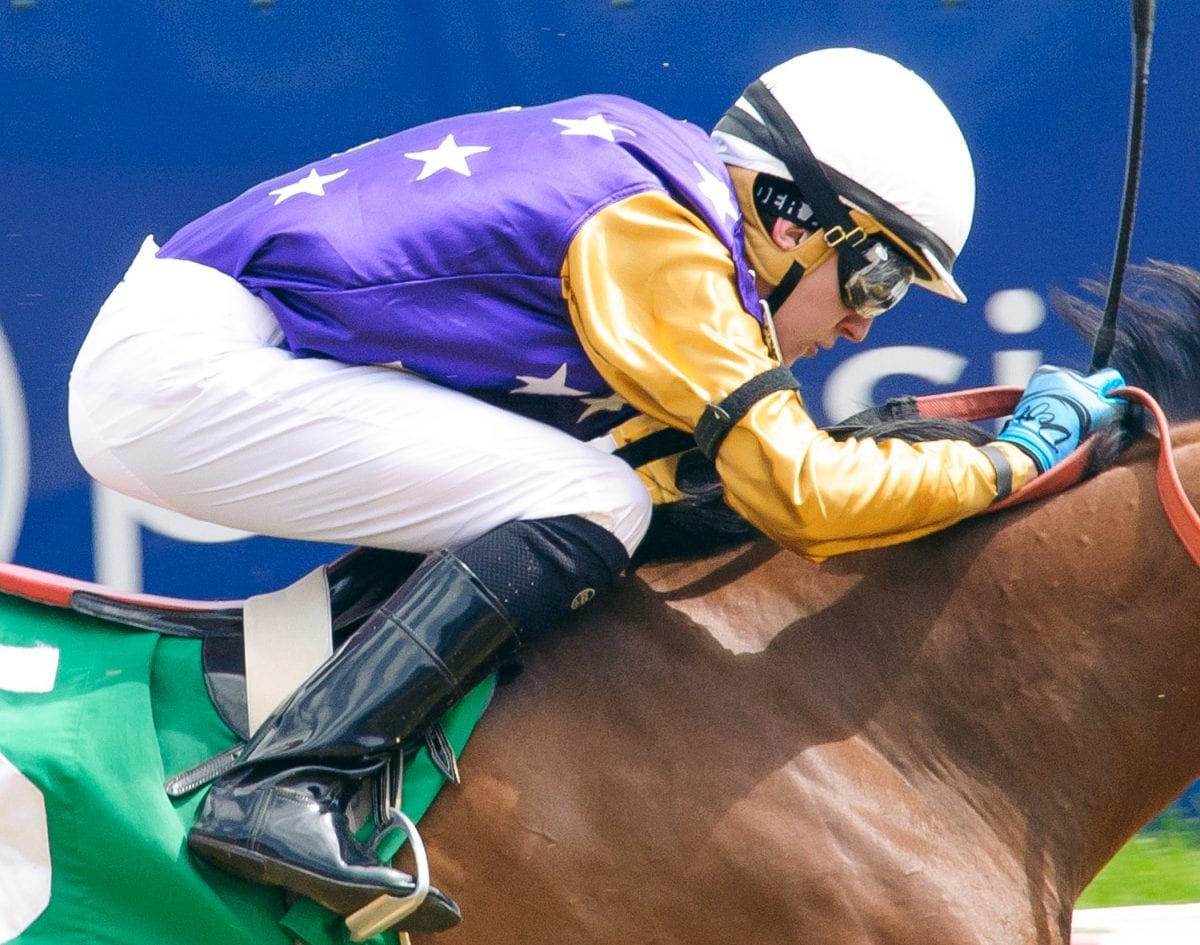 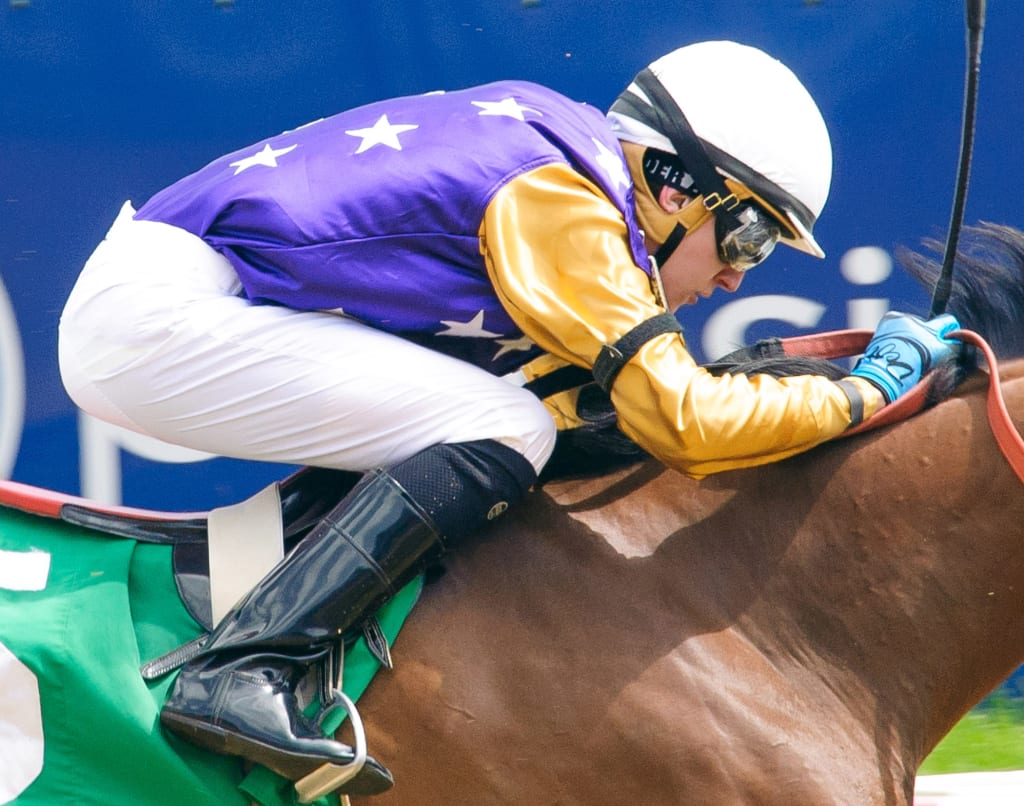 Imagine a young man deciding to pursue a career as a jockey — because it’s safer and more stable then his previous vocation!

Hard to believe, but that’s exactly what Tyler Conner did three years ago.

The 21-year-old apprentice jockey who has been making quite an impression since he began riding last season began racing at an early age but it was motocross motorcycle racing, not horse racing that was the young Conner’s first love.

“I began motocross racing early on and by the time I was 12 I was competing in motocross events almost every weekend,” Conner recalled. “For five years I had hopes of competing at the top levels of the sport and making a living at it, but after I injured my back, then suffered a serious concussion, I decided I should think about alternative career choices. Since my mother had been a jockey and a steward and my father has been a trainer for years, it was natural that I thought about thoroughbred racing. I felt my competitive nature and experience racing with bikes could help with the transition and it has. I got my weight down then began getting on horses in 2013.”

In an industry full of people who have wanted to be with horses their whole lives — and were therefore willing to overlook the danger — it seems an odd turn of events for the bike racer-turned-jockey.  But Conner shrugs it off.

“I have to admit I had little thought of becoming a jockey when I was young, but once I began riding I fell in love with it. And yes,” he added with a chuckle, “so far riding horses has been safer than riding bikes.”

Conner began riding midway in the 2014 season and won 40 races last year. This year the apprentice has already won 33 races through May 22, racking up those numbers with a schedule that includes many days of riding afternoons at Pimlico, Parx, and Delaware Park and nights at Penn National. A typical day for Conner begins in the-pre dawn hours working horses and often doesn’t end until he returns home after midnight, often traveling hundreds of miles to fulfill his riding duties.

“It makes for some long days but I’ve got the bug (apprentice allowance) until the end of August and I know enough about the business to know if a jockey’s going establish himself and make his mark, he has to do it when he’s got the bug,” Conner said.  “I’m lucky I was able to team up with Tom (Stift, agent for 2013 Eclipse Award winning apprentice Victor Carrasco) recently and he’s keeping me plenty busy. I’m riding for the right people and getting on live mounts and that’s all a rider can hope for.”

One of Conner’s clients is trainer Jamie Ness — Conner won for Ness aboard Chump Change at Pimlico on Friday — and the horseman said Conner’s attitude and personality are as big an asset as the young man’s riding ability.

“He’s just a great kid,” Ness said, “He’s always on time to the barn, he’s got a great positive attitude, and he’s very mature and businesslike for a kid that age. I started using him a little bit last year and he was OK, but you could see he was unpolished and still learning. But I came back from Florida and you could see he’d made tremendous strides over the course of the winter. I think he’s got a very bright future.”

With the jock’s room swarming with apprentice riders this meeting (no less than seven bug boys were in action on Saturday’s opening day program) the battle for top apprentice should be a spirited one.  But that should suit Tyler Conner just fine.  After all, battling for the lead, whether it’s on four legs or two wheels, comes naturally to him.