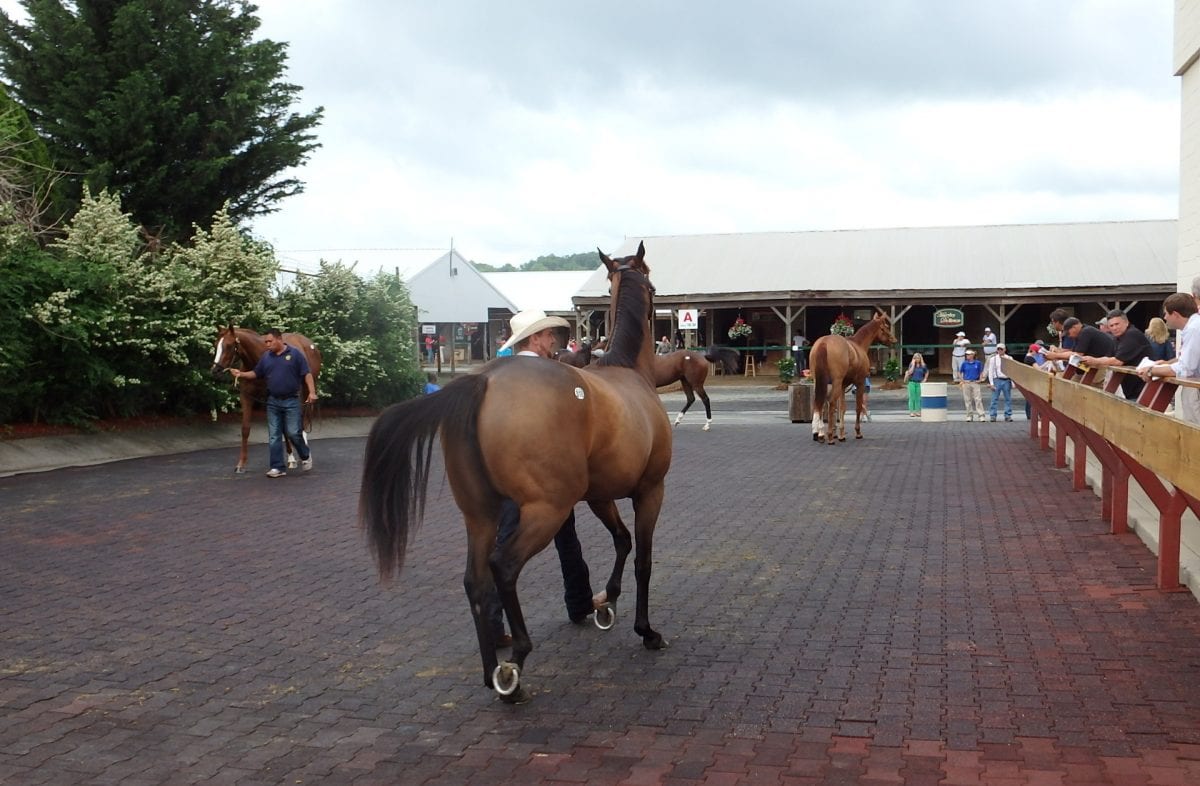 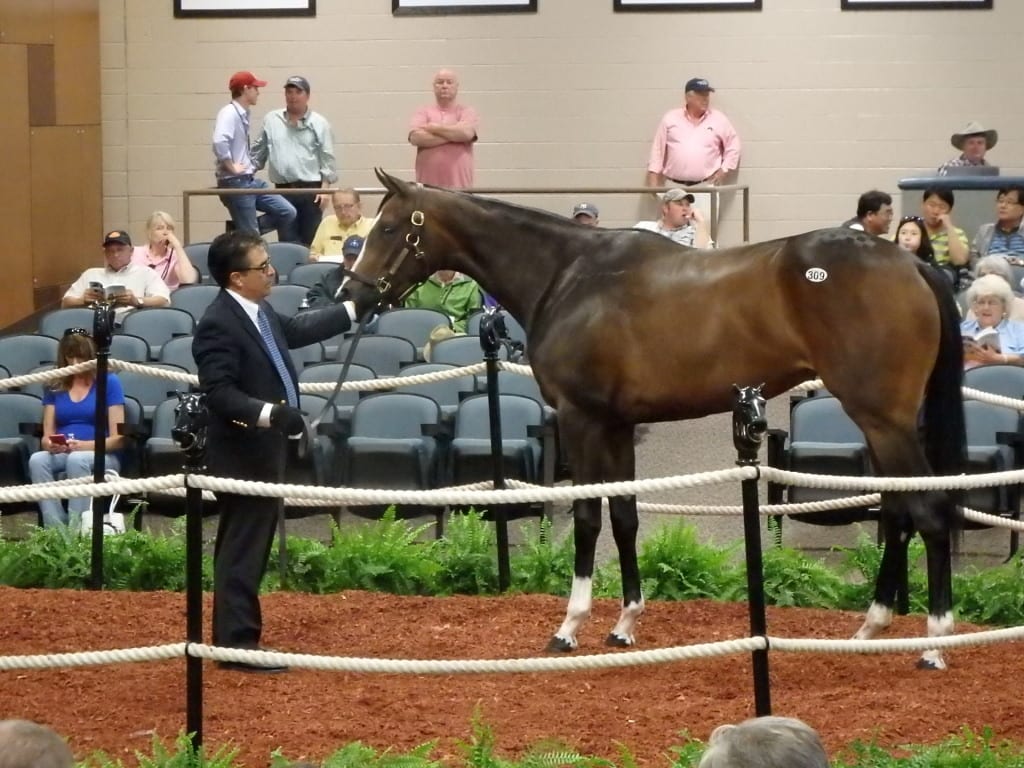 A sale highlighted by a million-dollar horse concluded yesterday with across-the-board gains in all major metrics.

The Fasig-Tipton Midlantic 2-Year-Olds in Training sale, conducted at the Timonium fairgrounds Monday and Tuesday, generated its highest-ever total sales, with 255 horses changing hands for a total of $22,659,000.  That represented an increase of more than 15 percent from the $19.6 million in sales in 2014.

“What a great horse sale,” Paget Bennett, sales director of the Midlantic sale, said in a release. “It was great from beginning to end. Both days, we had money here all day long, and the good horses ticked all the boxes.”

The sale topper, Hip 43, fetched a winning bid of $1.25 million, the most ever for a horse sold at this event.  The bay daughter of Smart Strike is out of the stake-winning A.P. Indy mare Crystal Current, who is a full sister to Majestic Warrior.  Ben McElroy, Agent signed the winning ticket, and Eddie Woods consigned the horse.

“I think it’s better now for the good horse than it’s ever been,” Pons said, “because there’s such a premium on the quality horses.”

At the same time, however, the middle of the market also seemed to thrive.  The median price of horses sold was up over 45 percent, to $45,000.

“I think the high is the high, and the middle is probably higher than it should be,” said trainer Jamie Ness, based in Delaware this summer, who also said he was kicking tires.  Ness ended up signing the winning ticket on Hip 335, a Crown of Thorns filly out of the stake-winning Smoke Glacken mare Smokin Again, who brought $32,000.  “When the young horse market is good, it means buyers out there have interest in horses, which is great for everybody in any aspect of the business.”

“From what I saw from being here, there was a huge market for the really nice horses,” said Maryland-based trainer Mike Trombetta, who said he had purchased two horses on behalf of clients on Monday and bought another in his own name on Tuesday.  “I think there was all markets.  There were horses here for people of all budgets, and I guess that’s good.”

More parochially, the 47 horses sold that were bred in the mid-Atlantic brought an average winning bid of $58,670.  They were topped by Hip 168, a Pennsylvania-bred daughter of Giant’s Causeway out of the Group-winning Mr. Greeley mare Laughing Lashes.  She brought $310,000 from agent Steven Young, and she was consigned by Crupi’s New Castle Farm.

“It’s kind of fun to see what’s happening around here,” said Pons.  “The timing of the sale right after the Preakness is so good, but they wouldn’t be here unless they thought there was money here, so it’s really pretty cool to see things happen here.” 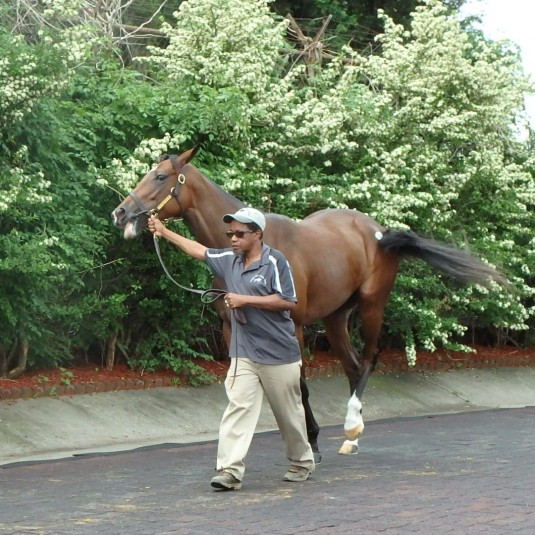 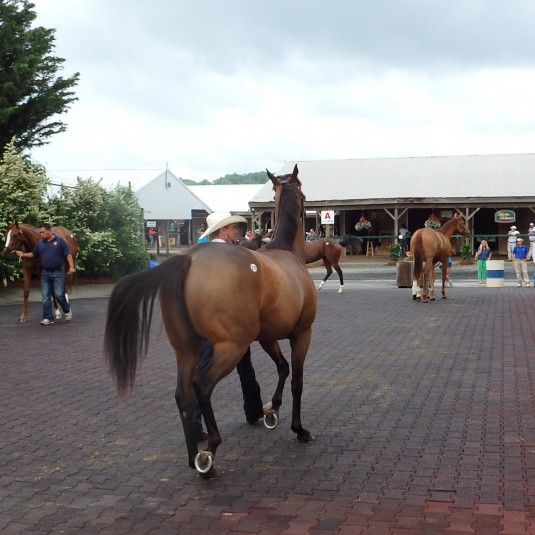 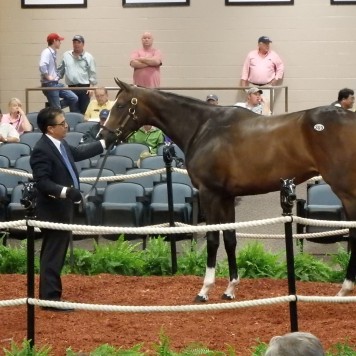 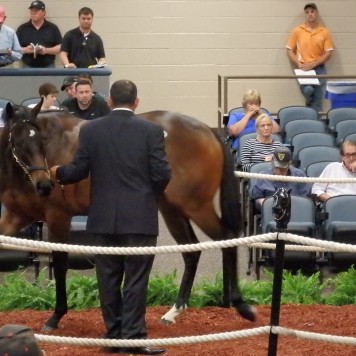 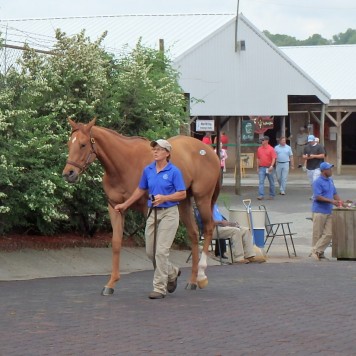