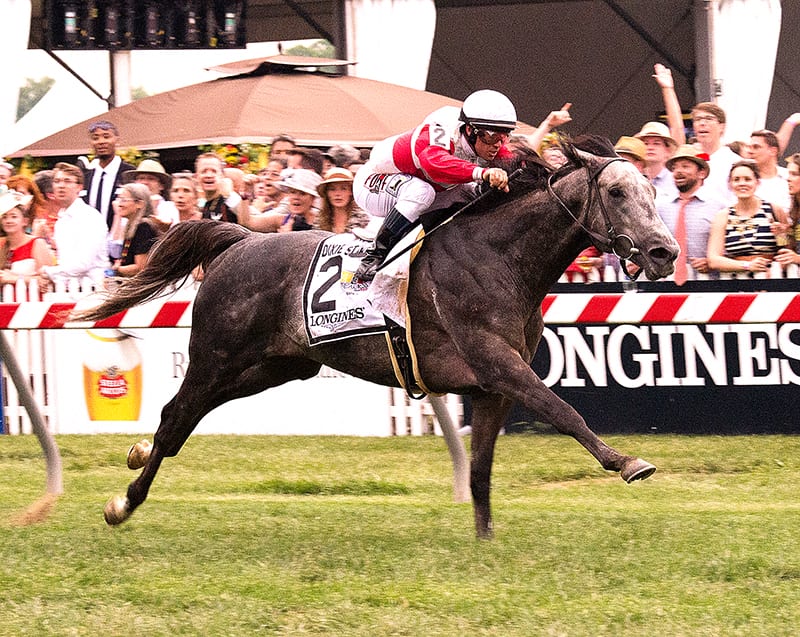 Prior to the Preakness, Stuart Janney’s Ironicus closed hard to capture the $300,000 Dixie Stakes (G2) over the Pimlico turf for three year olds and up.  Going off at 7-1 in perhaps the best betting race of the Pimlico card, backers of the Shug McGaughey pupil were well rewarded in the 14-horse field.

“This race set up perfectly for us,” commented winning rider Javier Castellano in the winner’s circle.  “In his last race the leader just galloped and he made a run but didn’t have a chance to win.  The turf was also softer that day.  He likes a little harder track and with today’s fast pace, it was exactly what we needed.  I think he may be able to step up.”

Favored Long On Value, a Virginia-bred, finished fourth after being forced extremely wide in the later stages of the race.