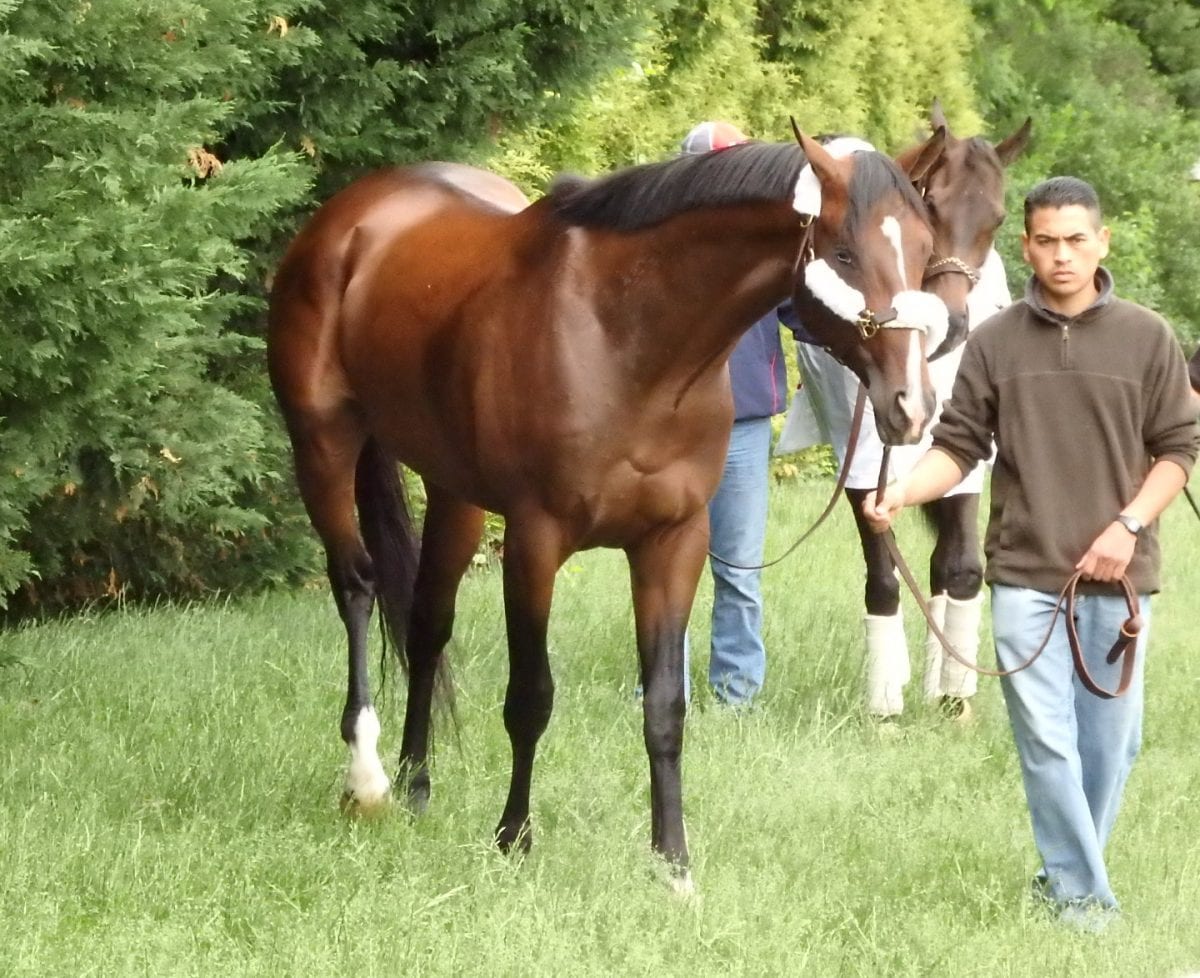 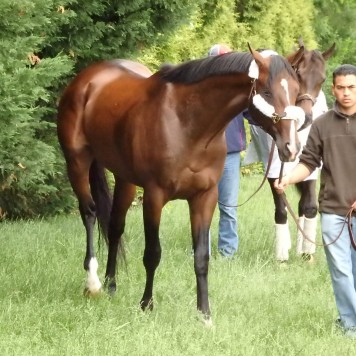 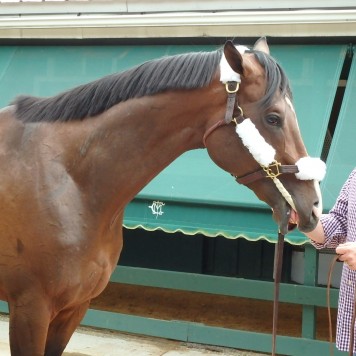 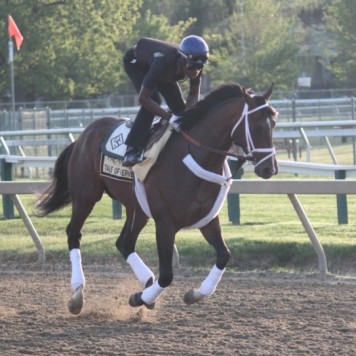 Tale of Verve on the track at Pimlico. Photo by Nick Hahn.

Who is Tale of Verve?

Tale of Verve enters the Preakness with one win at the maiden special weight level. He ran twice as a two year old with two third place finishes. Tale of Verve was winless in three races at the Fair Grounds as a three-year-old, but the move to Keeneland last month was successful and he broke his maiden there at the distance of 1 3/16 mile. Trainer Dallas Stewart entered Tale of Verve in the Kentucky Derby, but he failed to draw into that race.

What they’re saying about Tale of Verve

Stewart told the Louiville Courier-Journal that Tale of Verve is “a come-from-behind, one-run horse. I think the Belmont would be better for him, but I don’t know if I can keep him fit enough. I might need to run him, get a race in him and be ready for the Belmont. He’s kind of a big, lazy-type colt . .”

At Pimlico’s Alibi breakfast on Thursday, Stewart said that he has “liked [Tale of Verve] all winter” and that he is the “right kind of horse.”

Tale of Verve is only one of two horses to have won a race at the Preakness distance of 1 3/16th miles, the other horse being Kentucky Derby winner American Pharoah. His trainer, Dallas Stewart, has a knack for entering long shots in Triple Crown races and getting them to run the race of their lifetimes. In the 2013 Kentucky Derby, Stewart’s Golden Soul lit up the tote board when finishing second to Orb at odds of 34-1. The next year, Stewart’s Commanding Curve finished second in the Derby behind California Chrome at 37-1 odds. If true to form, Stewart will have Tale of Verve ready to run a big race.

With only a maiden special weight win to date and speed figures that are well below several of the other Preakness competitors, Tale of Verve is likely to be sent off by the bettors at the longest odds when the gates open on Saturday. It took him six tries to break his maiden, and the Preakness will be his first race against winners, all of which have more wins in their records than Tale of Verve.