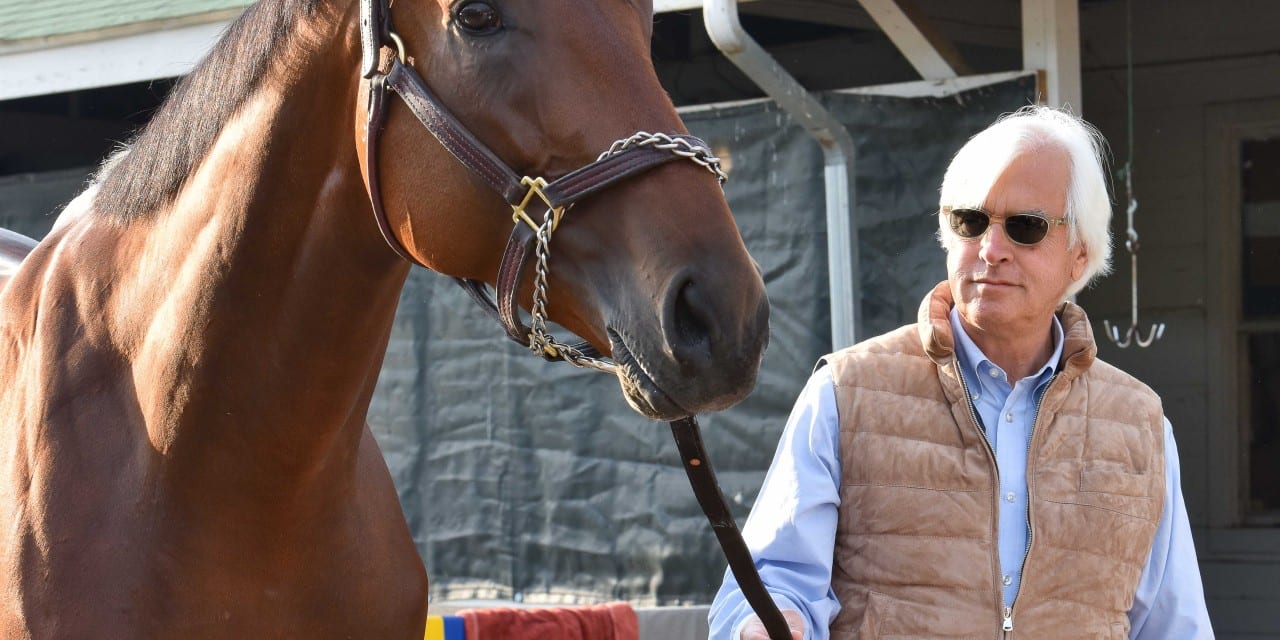 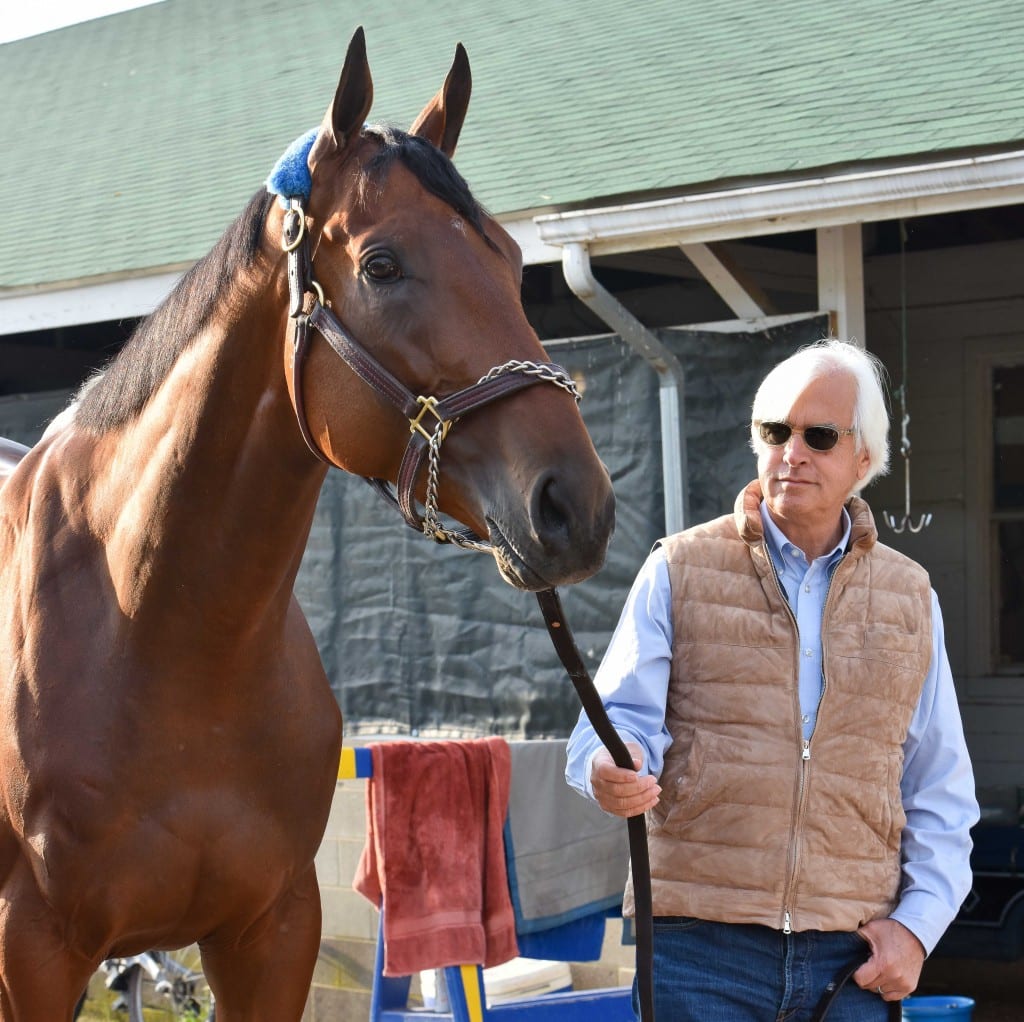 Though he’ll be on a mission to win Saturday’s 140th running of the Preakness Stakes with either Kentucky Derby winner American Pharoah or Derby third-place finisher Dortmund, Bob Baffert won’t be all business when he arrives at Pimlico Race Course Wednesday.

The Hall of Fame trainer likes the Preakness and looks forward to making pretty much annual spring visits to Baltimore.

“It’s the fun leg of the Triple Crown,” Baffert said. ”Everybody is having a good time and enjoying Baltimore. It’s a beautiful little city. Everybody is in the same barn. It’s a lot of fun.

“It’s a laid-back very relaxing type atmosphere. They roll out the red carpet. They treat us well and we enjoy ourselves.”

The Preakness Stakes Barn is unique to Pimlico and its marquee race. With very few exceptions, all of the runners are stabled under the same roof. It’s a one-stop location for the media and racing fans to find the stars of the Derby and the new shooters on the Triple Crown trail.

“It’s just fun,” Baffert said. “There is security and all that, but everybody really gets to see the horses. It’s a big barn with plenty of room. They’re not piled up on top of each other.”

Baffert knows the Preakness drill well. If they go to the gate as planned, American Pharaoh and Dortmund will be his 16th and 17th starters since he debuted with Cavonnier, who was fourth in 1996. For the next few years, Baffert seemed to own the race. He won with Derby winners Silver Charm in 1997 and Real Quiet in 1998. He earned his third title in 2001 with Point Given and added No. 4 the following year with his third Derby winner, War Emblem. In eight consecutive appearances he won three times and was third once.

Following a five-year gap without a Preakness starter, Baffert returned in 2009 to start what is now a seven-year run. He won with Lookin at Lucky in 2010 and was second to I’ll Have Another with Bodemeister in 2012. He has a 5-1-1 record from 15 starters in a span of 19 years.

Preakness records from 1909 show D. Wayne Lukas with the most starters, 40, with six wins in the 33 years from 1980 through 2013. Nick Zito saddled 21 runners in 20 years. Max Hirsch had 19 starters in a span of 53 years and fellow Hall of Famer Sunny Jim Fitzsimmons brought 18 runners to the Preakness in 52 years.

Robert Walden, a star of the 19th century, leads Preakness trainers with seven wins, five of them in consecutive years, and Lukas has six. Baffert is tied for third with Thomas J. Healey, who snagged his five wins in the 1920s.

Baffert started his Triple Crow;n career with a flurry of success, but this will be the first Derby winner he has brought to Baltimore in 13 years.

“I feel that I should have brought the Derby winner a few more times but they had bad luck in the Derby,” he said.

Two of them, Point Given and Lookin at Lucky, were the best in Baltimore after disappointing in Louisville, Ky.

The morning after American Pharoah’s Derby victory, Baffert was in a reflective mood and didn’t serve up nearly as many funny lines. He said his approach had to do with perspective and winning with the favorite.

“That was because I know how difficult it is to do it,” he said. “Whether you have the best horse or not, it’s difficult. It was a relief.”

Baffert has his fourth Derby, matching Lukas’ total. On Saturday, he will attempt to equal Lukas’ number in the Preakness. Rivals and pals, Baffert asked Lukas to be his presenter at his Hall of Fame induction in 2009.

Both of them have had plenty of success in the Triple Crown series, but neither one has completed the sweep. Yet. Though Baffert will have the Derby winner in the Preakness Stakes Barn this week, he will be doing his best not to talk about the prospect of a Triple Crown.

“I’m not even thinking about it,” he said. “We have to win first. To me, the shoulda, woulda, couldas – I don’t roll that way. My job is to get them there and try to run first and second.”