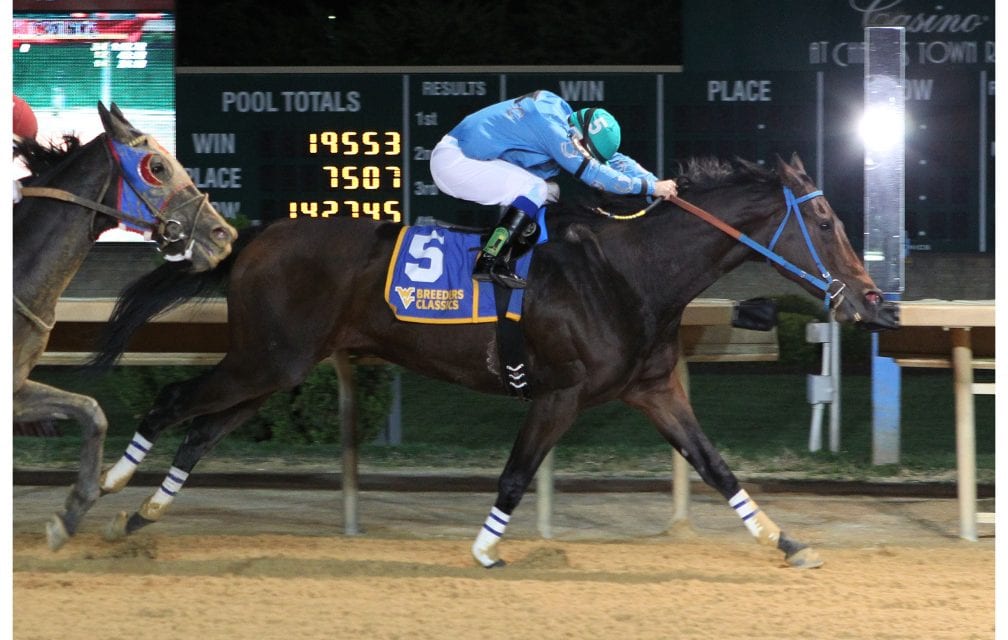 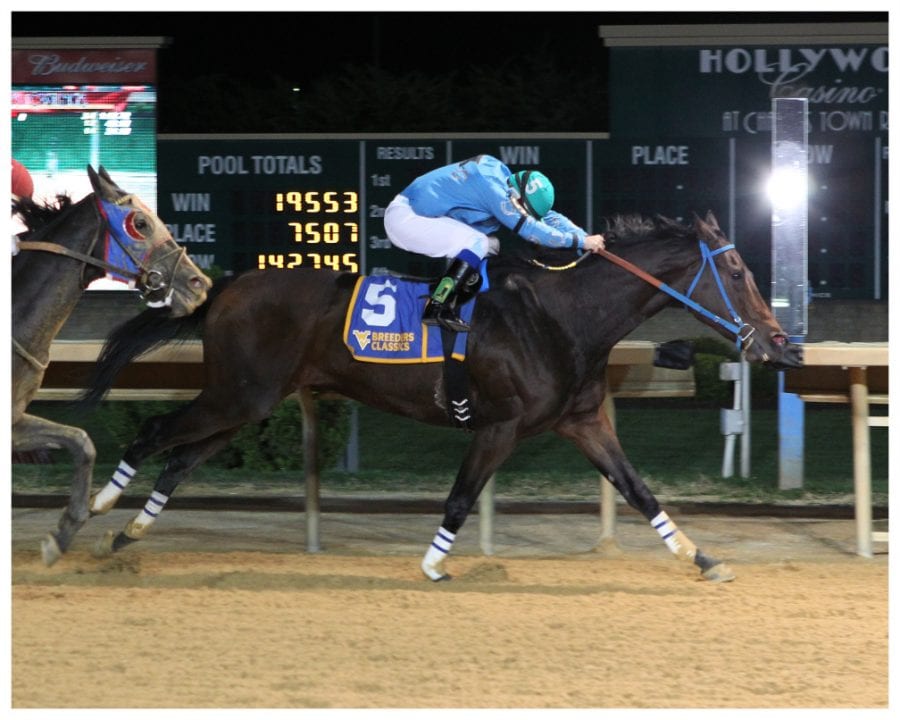 Star West Virginia bred mare Down Town Allen was euthanized on Monday as a result of complications arising out of injuries she suffered in the Original Gold Stakes on April 18.  The only West Virginia-bred filly or mare in history to amass more than $1 million in career earnings, Down Town Allen had been tended to by Dr. William Riddle and the staff at the Cecil Veterinary Clinic in Port Deposit, Maryland since her injury.

Riding an eight-race winning streak, Down Town Allen was making her first start of 2015 in the Original Gold where she sat pressing the pace prior to being pulled up by jockey Erick Ramirez on the backstretch. Despite being in good spirits over the past month and exposed to a wide array of treatments, the injury and the issues it presented could not be overcome.

“She was at our clinic from the outset and we all wanted to do absolutely everything we could to save her,” said Dr. Riddle.  “She arrived with a tear in her suspensory and we put a cast on her leg and treated her in the hyperbaric (chamber) initially.  We removed the cast and outfitted her with a special shoe and she was exposed to a lot of supportive treatment including antibiotics as well.  Despite the extensive efforts, there wasn’t any evidence of healing and we unfortunately thought we had to make the decision that was made.”

Bred, owned and trained by John Casey, the daughter of Windsor Castle finished her career with 25 wins from 42 starts and earned $1,029,387 on the track.  Prior to her final race, Down Town Allen had won 14 consecutive starts at Charles Town, with 12 of those victories coming in stakes company.

Casey acknowledged how the horse he raised and trained from birth occupied a unique spot as a part of not only his stable, but his family as well.

“I’ve been in the business a long time and I’ve never had or seen a horse like her,” said Casey.  “She was a racehorse who loved being a racehorse but with her disposition and the way she was, she was also like a pet that was a part of our family.  When she was at the track, she’d just win stake after stake.  When she was away from the track, she’d let kids ride her around a show ring. She was one of a kind.”