Danzig Moon a go for the Preakness 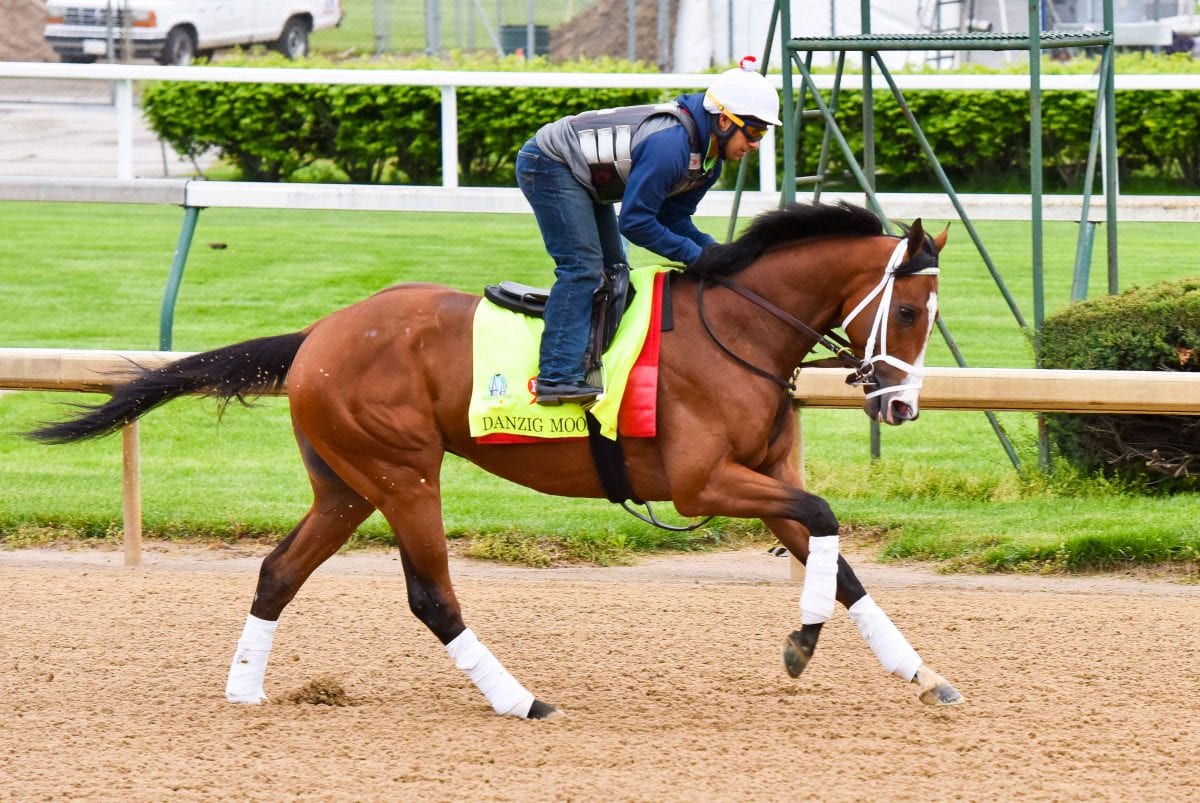 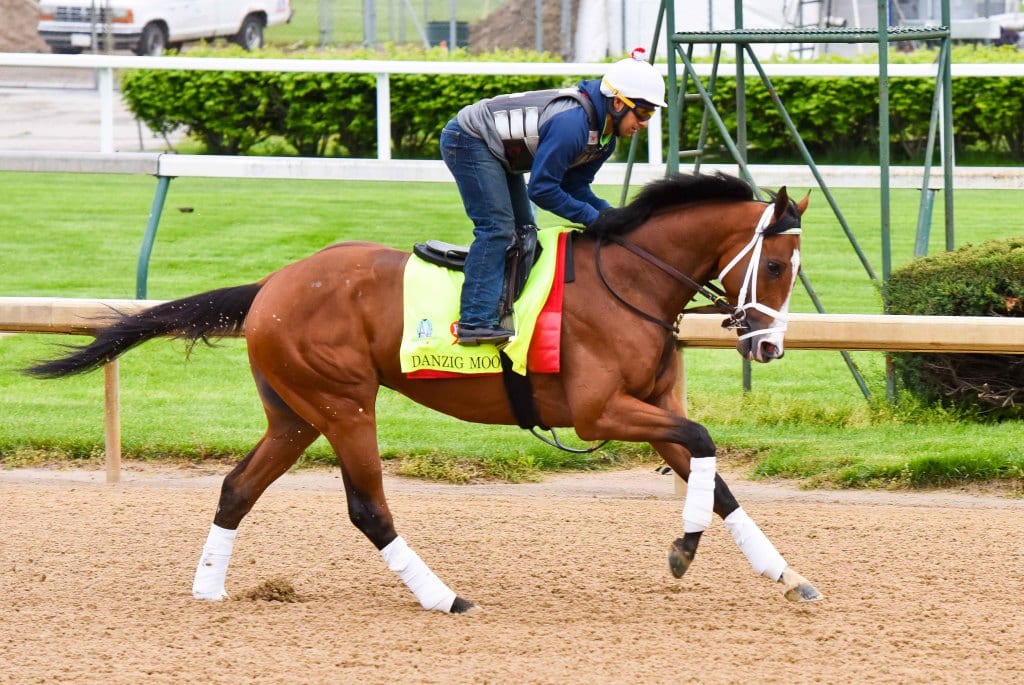 Danzig Moon training prior to the Kentucky Derby. Photo provided by the Maryland Jockey Club.

“We are going,” said Casse, assistant to his father Mark Casse. “He came out of the Derby really well and deserves another chance.”

Danzig Moon finished fifth in last Saturday’s Kentucky Derby (G1) after getting caught up in the middle of a tightly packed bunch in the run to the first turn of the Run for the Roses but continued on to finish 6 ½ lengths behind victorious American Pharoah.

“He has been getting better every time,” Casse said. “How do we make up the 6 ½ lengths? He just needs to keep improving.”

Julien Leparoux, who has ridden Danzig Moon in all four of his starts in 2015, retains the mount for the Preakness.

“We made the decision last night, but we wanted to give him another day to train before making the announcement,” Casse said. “He trained great this morning going a mile and a half in the first set.”

Casse said Danzig Moon would have the day off Sunday and then gallop the next three mornings before shipping to Baltimore Wednesday after training hours.