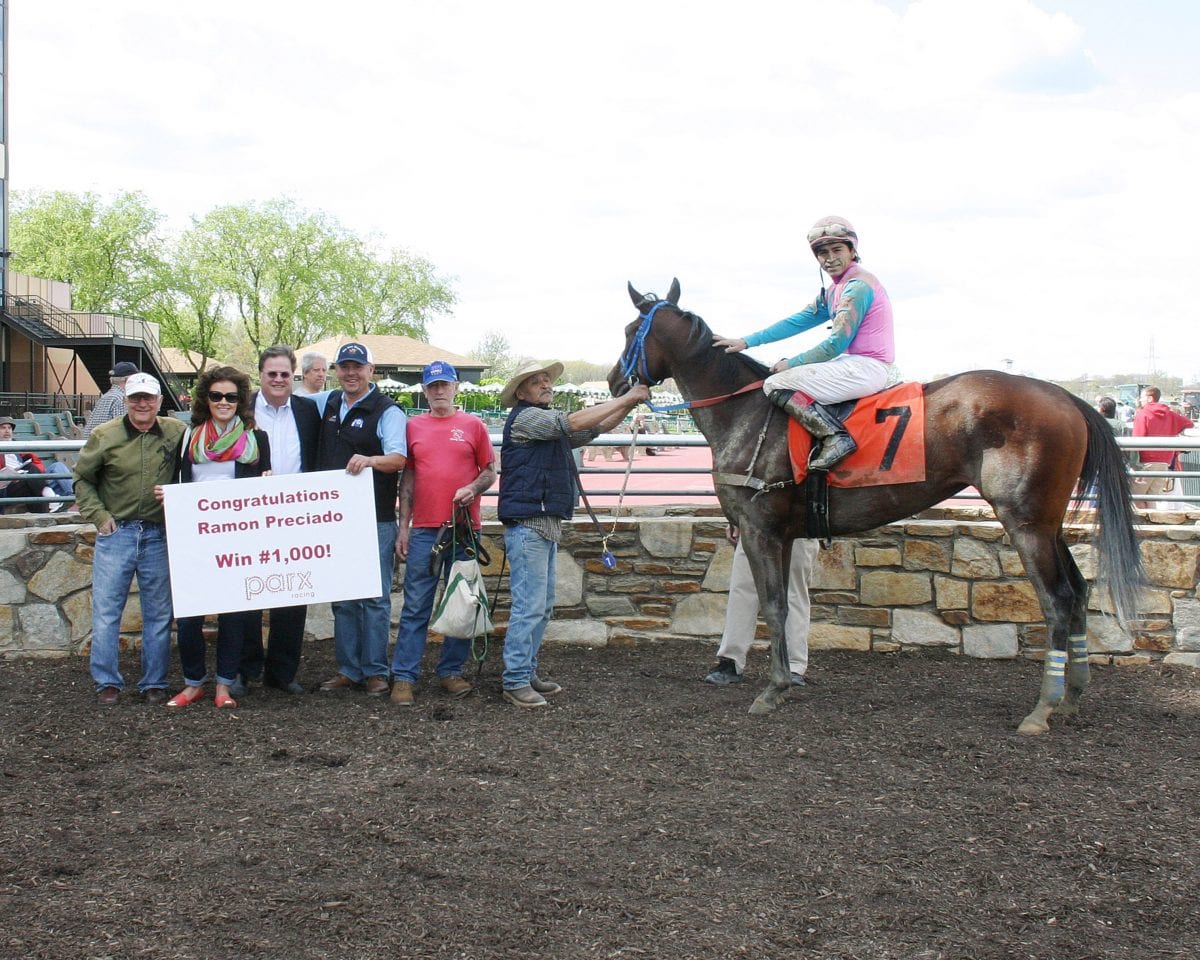 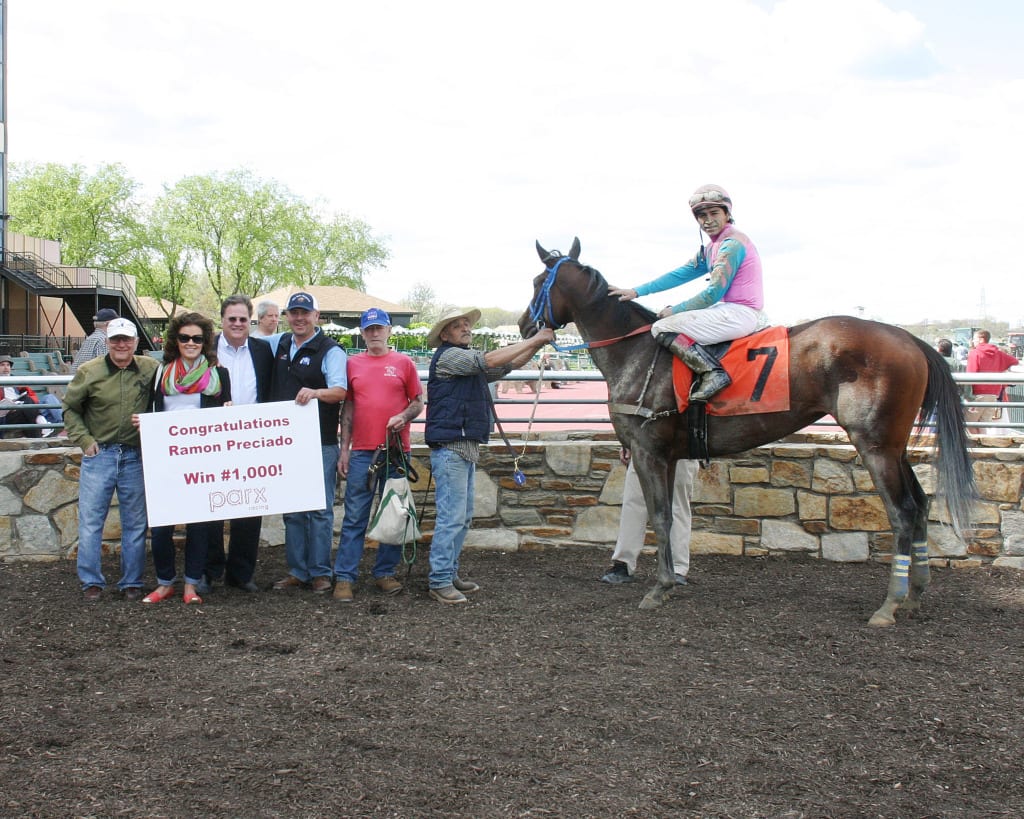 Trainer Ramon Preciado had just one starter yesterday.  But that was all he needed.

Fantastic Voyage, a horse he trains for Barbara Hopkins, powered home to a 7 1/4 length score in a first-level allowance at Parx Racing yesterday to give Preciado the 1,000th victory of his training career.  Pablo Fragoso was in the irons in the 1 mile 70 yard test.

Preciado now has 1,000 victories from 4,303 career starts, with purse earnings of more than $25 million.

His brother, Guadalupe, is also a trainer based at Parx Racing.