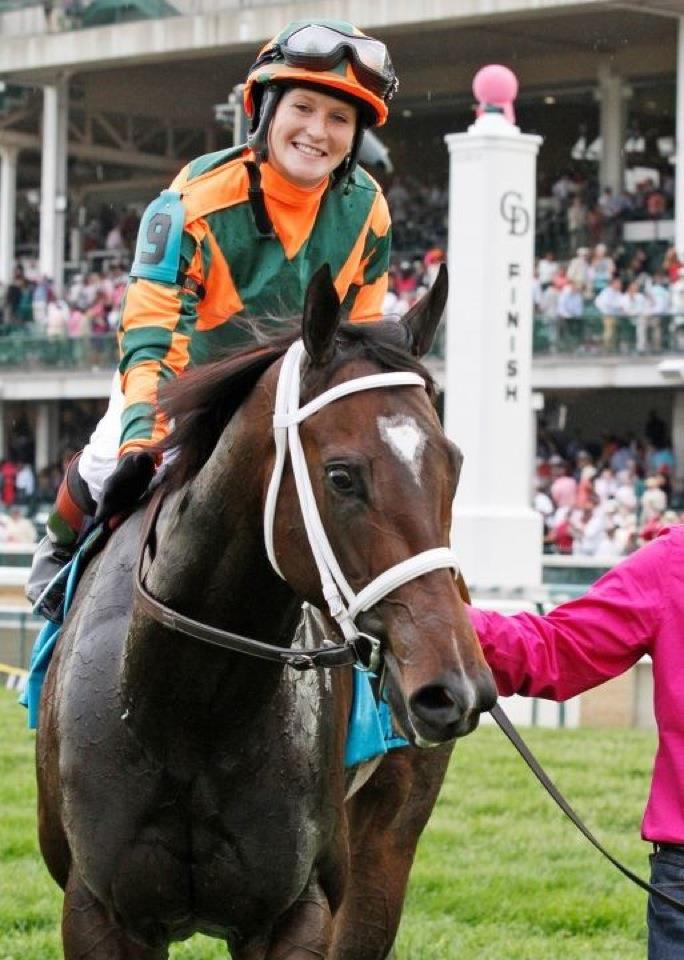 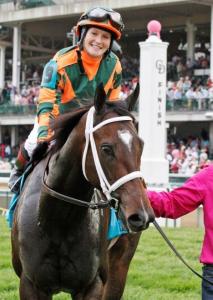 Rosie Napravnik, who started her riding career in Maryland before becoming a leading jockey and setting new standards for women riders, will receive the Special Award of Merit for her positive impact on the racing industry at the Alibi Breakfast at Pimlico Race Course Thursday, May 14.

Napravnik, who won her first race at Pimlico aboard Ringofdiamonds on June 9, 2005, swept the jockey standings at Pimlico and Laurel in 2006 and won her first stakes race on March 18, 2006 when riding Reckless Ways to victory in the Harrison E. Johnson Memorial Handicap at Laurel. Napravnik became the first women to win the Kentucky Oaks, the first to win two Breeders’ Cup races, and the first to ride in all three Triple Crown races. In 2012 she broke Julie Krone’s record for single-season earnings.

Moments after winning the 2014 Breeders’ Cup Distaff Oct. 31 aboard Untapable, Napravnik announced she was expecting her first child and would retire from riding.

“I’m more than honored to be receiving the Award of Merit from the Maryland Jockey Club,” Napravnik said. “To be in the same company as fellow riders Ramon Dominguez, Edgar Prado and legends such as Jerry Bailey and D. Wayne Lukas is so humbling. Maryland is where it all started for me. I was blessed to have the support of so many wonderful people, including Dickie Small and Holly Robinson. Maryland racing created so many incredible opportunities for me. Pimlico, Laurel Park and the Maryland Jockey Club will always have a special place in my heart.”