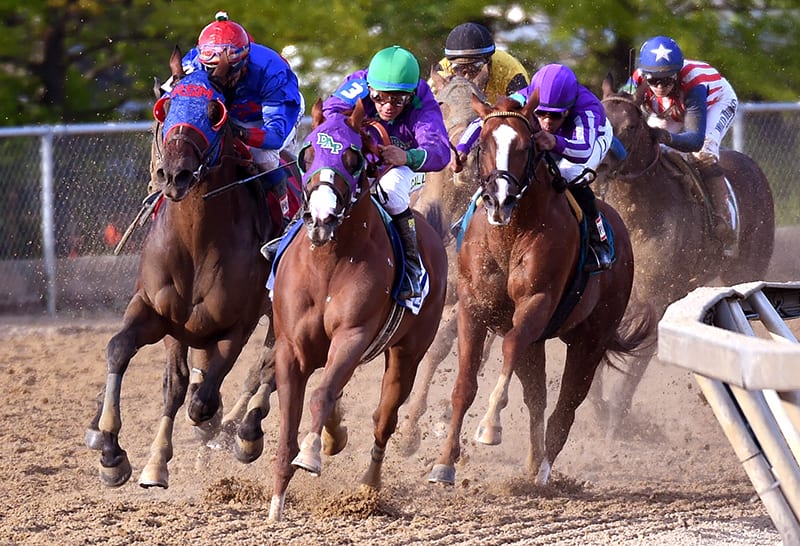 Washington Post photographer Jonathan Newton has been named the recipient of the Jerry Frutkoff Preakness Photography Award, sponsored by Nikon, for his picture of 2014 Preakness winner California Chrome and jockey Victor Espinoza making their winning move around the final turn.

Newton will be recognized during the Alibi Breakfast Thursday, May 14 at Pimlico Race Course.

“The fourth turn at Pimlico is my favorite spot to shoot the Preakness,” Newton said. “So often the race is won or lost there and there is a beautiful energy in the horses and jockeys as they battle to the finish line. When jockey Victor Espinoza and California Chrome made their move around the turn, I was able to capture the intensity of the pair as they pulled away from the field.”

Newton took his photo using a Nikon camera with a 200-400mm zoom lens.

Newton, entering his 29th year as a professional photographer, is a native of Louisville who joined the staff of the Washington Post in 2000. Newton has covered every major sporting event, including the 2008 and 1996 Olympics, NBA and NHL playoffs, the Super Bowl and World Series. Previously a staff member of the Atlanta Journal-Constitution and St. Petersburg Times, Newton lives in Maryland.