A hip fracture for Shared Belief 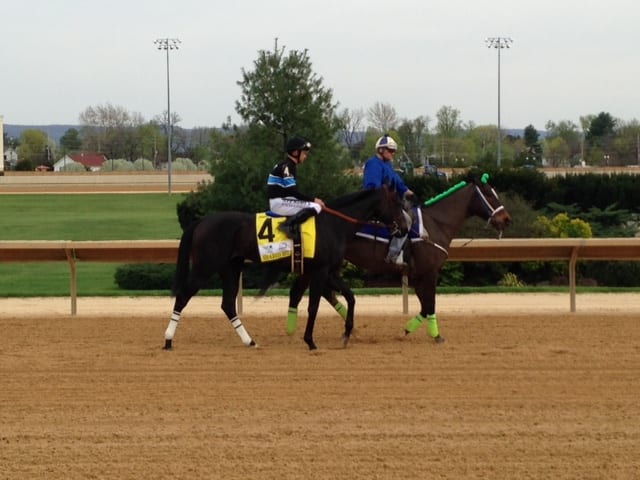 The veterinarian’s prescription is stall rest, and the horse’s prognosis is excellent, Rome added.

Shared Belief has a non-displaced fracture on the point of the right hip. He is bright, alert and doing well.

Though sent off as the 3-10 favorite and heavily played in the show pools by bridgejumpers expecting to earn a quick and easy five percent on their money, Shared Belief never was much involved in the race.  After stumbling at the start, he raced wide and towards the rear of the field before jockey Mike Smith pulled him up about a half-mile from home.

“He just seemed to slip in behind and wasn’t comfortable,” Smith said afterwards.  “The safe thing to do at that point was to get back in one piece.”

Rome credited Smith for pulling Shared Belief out of the race.

A heartfelt thank you to Mike Smith for protecting Shared Belief. His quick reaction is a big reason SB is doing as well as he is right now.

Shared Belief had won 10 of 11 starts prior to Saturday, including five Grade 1 events, and earned a reputation as perhaps the best racehorse in the world.  His lone defeat had come in the Grade 1 Breeders’ Cup Classic, when he was bothered at the gate and ultimately finished fourth, less than four lengths behind winner Bayern. Shared Belief is trained by Hall of Famer Jerry Hollendorfer for a partnership including Rome’s Jungle Racing LLC, KMN Racing LLC, Hollendorfer himself, and others.

Shared Belief could not be in better hands than he is w/Jerry Hollendorfer. Groom Armando & @iam_Laserman have been unbelievable. — Jim Rome (@jimrome) April 21, 2015