All Hands, Top of Mind look to Tesio glory 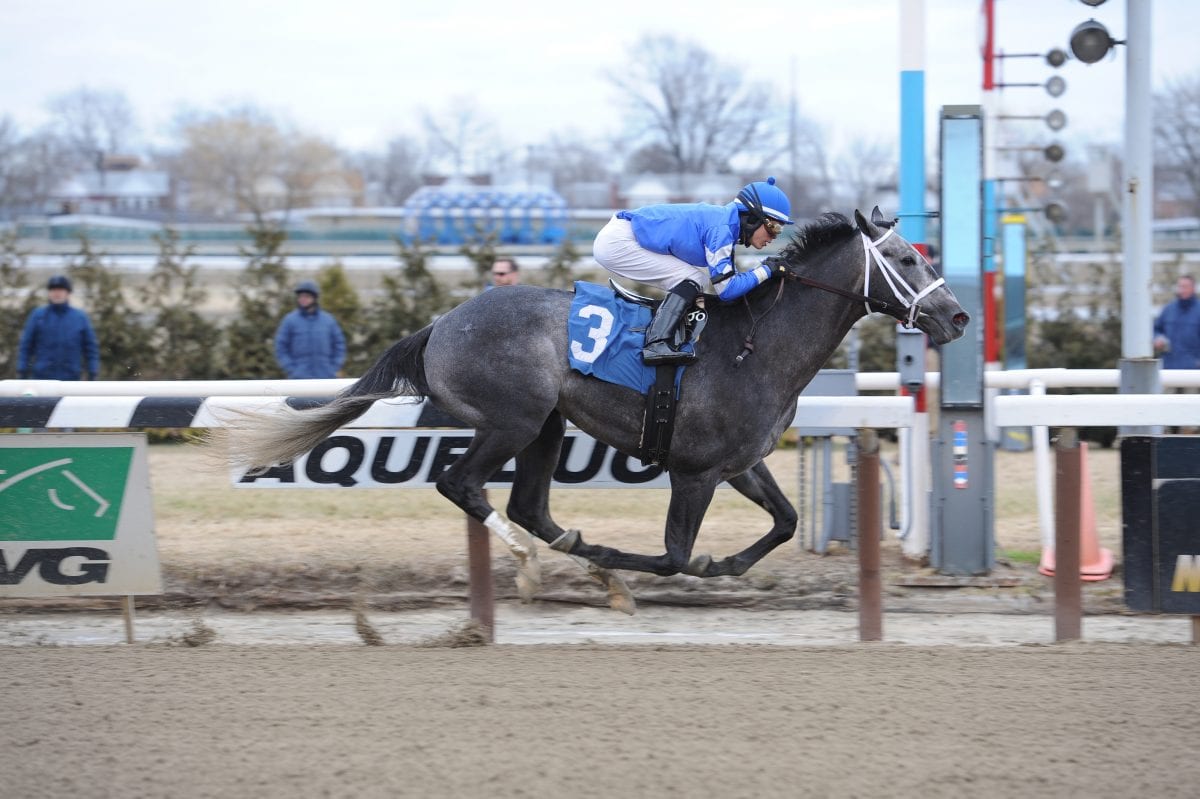 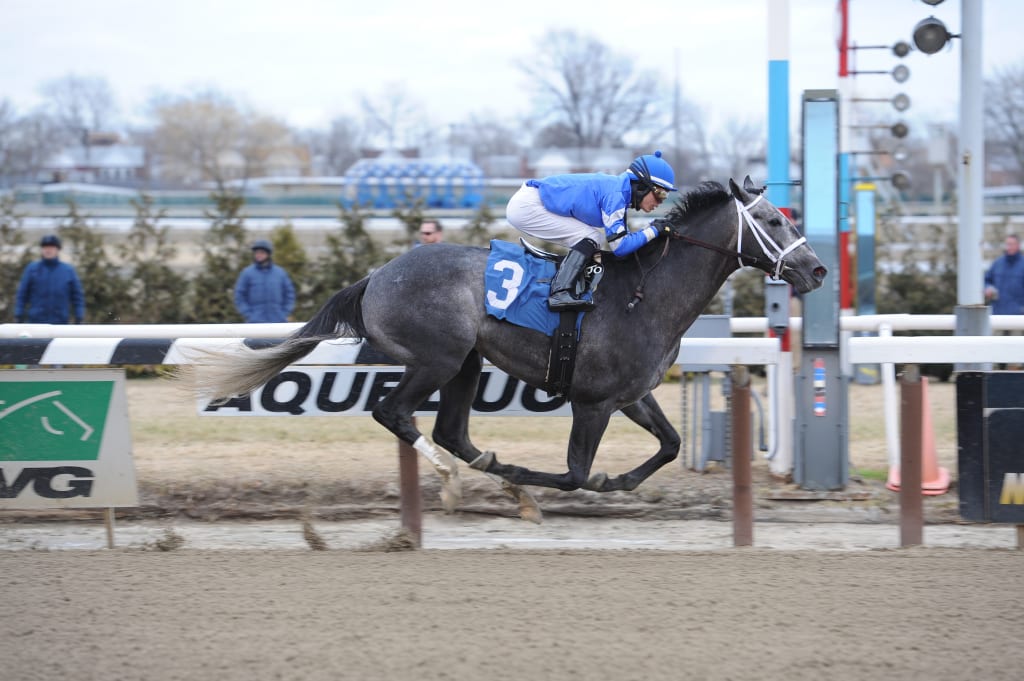 All Hands was an easy maiden winner. Photo courtesy of the Maryland Jockey Club.

Godolphin Racing’s late-starting colt All Hands looks to continue the family tradition when he makes his stakes debut at Pimlico Race Course on Saturday in the $100,000 Federico Tesio for 3-year-olds.

Trained by Kiaran McLaughlin, All Hands is a full brother to ill-fated multiple stakes-winning filly Eight Belles, who won three consecutive stakes, including the Honeybee (G3) and Fantasy (G2), before finishing second in the 2008 Kentucky Derby (G1).

“He ran once in Florida and was real green, and didn’t run well,” McLaughlin said. “We put him on a van and sent him to Aqueduct to run long, and we won easy. He’s trained very well since. It’s a big step up from breaking your maiden to a stake but he’s a quality colt.”

All Hands was never in contention in his Feb. 7 debut at Gulfstream Park, but returned five weeks later with a front-running seven-length score in a one mile, 70 yard maiden special weight, with jockey Jose Ortiz gearing down in the stretch.

“It was a very impressive maiden win,” McLaughlin said. “It was just breaking his maiden, but he did it the right way and that’s what was encouraging.”

Notably, Jack O Liam, who was a well-beaten fourth that day, returned to break his maiden next out going a mile at Laurel.  Jack O Liam ran back again this afternoon at Pimlico, posting an easy score at 1 1/16 miles.

A narrow 2-1 favorite on the morning line, All Hands will break from post two of seven in the 1 1/16-mile Tesio under jockey Fernando Jara.

“He’s improving all the time, and he wants to go long,” McLaughlin said. “The last race, it wasn’t like we sent him and he has to be in front. He doesn’t have to be there, but he does have speed. He’s got a big, long stride and is a nice-looking colt. We hope to see him in some of the big 3-year-old races in the summer and fall.”

Another horse who appears to want to go long will also make his stakes debut in the Tesio.  Hillwood Stable’s Top of Mind will make just his third career start and first in a stakes when he breaks from the rail in Saturday’s $100,000 Tesio.

A 3-year-old bay son of two-time Horse of the Year Curlin, Top of Mind has been with trainer Rodney Jenkins at Laurel Park since late fall but didn’t debut until mid-February, winning a six-furlong maiden race by 3 ¾ lengths.

In his subsequent start, Top of Mind led into deep stretch before yielding late and finishing a half-length behind 39-1 long shot Noteworthy Peach, who returns in the Tesio. Favored in his first two outings, Top of Mind is the 3-1 third choice on the morning line.

“He’s a very big colt. As a yearling when we bought him, he was really big,” Jenkins said. “We break all our horses in Florida and when I brought the other 2-year-olds up I left him down there just to take our time. I knew if I got him here I’d probably run him. It was hard not to bring him here and go ahead with him because he’s bred well enough to do pretty much what you want. I think some of these horses need a little time and he was young and he acted young. We just kind of let him tell us when he wanted to do it.”

Jenkins plans to employ the same strategy when it comes to mapping out future spots for Top of Mind, who is Triple Crown nominated. His sire, a Hall of Famer, includes the 2007 Preakness among his seven Grade 1 victories, and his grandsire, Thunder Gulch, was third in the 1995 Preakness while winning the Kentucky Derby and Belmont Stakes (G1).

“This time of year if you’ve got a 3-year-old, you find out what you’ve got a little bit and see where you belong,” Jenkins said. “The colt’s done everything we ask him. Knock on wood, he’s sound. If he runs well, sure, we have aspirations. Again, we’ll let him tell us where to go.”