Turf’s up at Pimlico 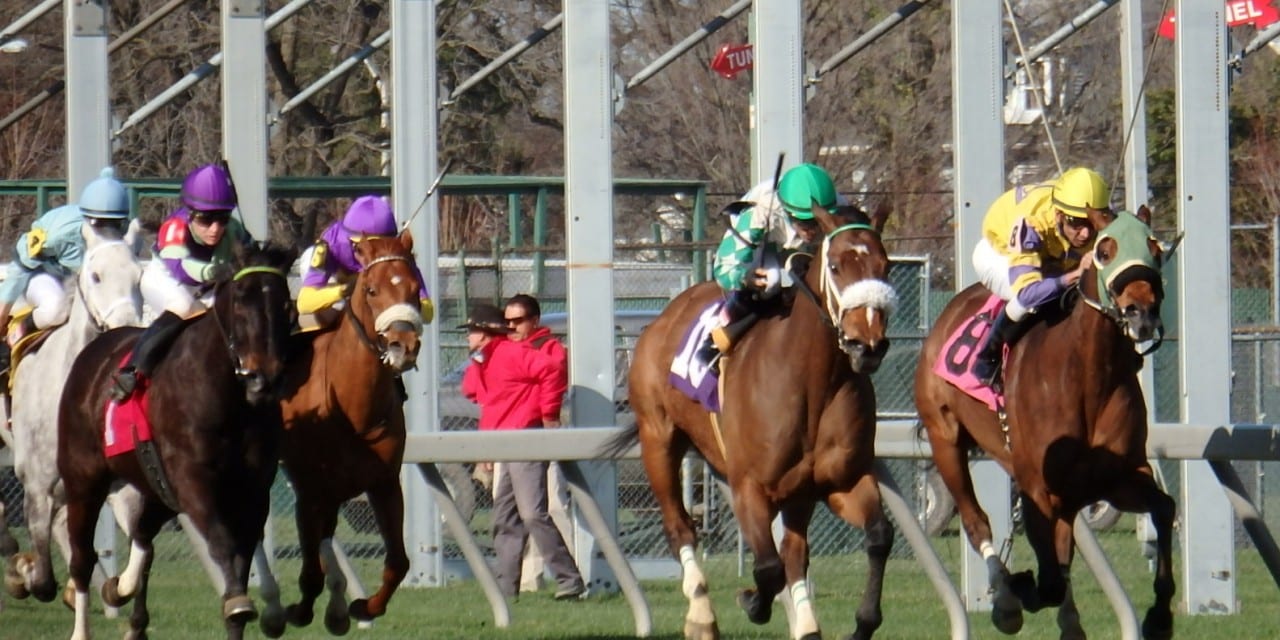 The 2015 turf racing season got underway Saturday and Sunday at Pimlico Race Course, where six of the weekend’s races were conducted over the grass course, providing handicappers with full fields and highly competitive events.

The turf season was inaugurated in Saturday’s third race, in which Blame Me ($6.20) prevailed over 11 rivals to graduate from the maiden ranks in his third career race and first on grass for trainer Dane Kobiskie and jockey Cecily Evans.  As it turned out, Blame Me was the post-time favorite to win on the lawn this weekend.  Four of the six winners paid more than $13.

The Whips International Turf Starter Handicap Series got under way with a trio of one-mile starter handicaps with $25,000 purses in the fifth, seventh and eighth races. Cluain Meala ($13.60) was the beneficiary of a masterful ride from Forest Boyce to score a late-running victory by a head in the fifth race, beating 11 fillies and mares in 1:41.96. In the seventh race, Barney Rebel ($13.40) stalked the pace into the stretch under Sheldon Russell before launching a sustained stretch drive to win by a nose in 1:41.48. The Joseph Delozier III-trained gelding prevailed over 13 colts and geldings. Saturday’s Whips International action was closed out in the eighth race, won by Linda Gaudet-trained Annawon ($30.60), who beat 10 colts and geldings in 1:41.94 under jockey Jevian Toledo. The 8-year-old gelding employed an off-the-pace wide journey to score the victory.

On Sunday, Conspirer ran down 2014 All Brandy Stakes winner Vielsalm, making her seasonal debut, in the last jumps to win a five-furlong turf allowance in the seventh race, paying $15.40 in the process.  In the ninth, a maiden claiming event going 1 1/16 miles, Andrew Wolfsont and Mustang Alley held off the late run of Forest Boyce and Anita’s Cookin.