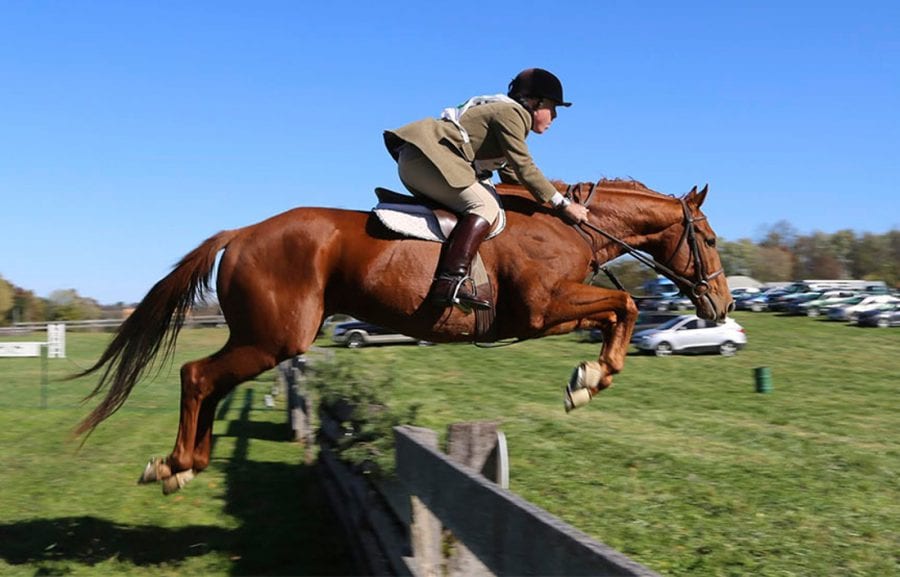 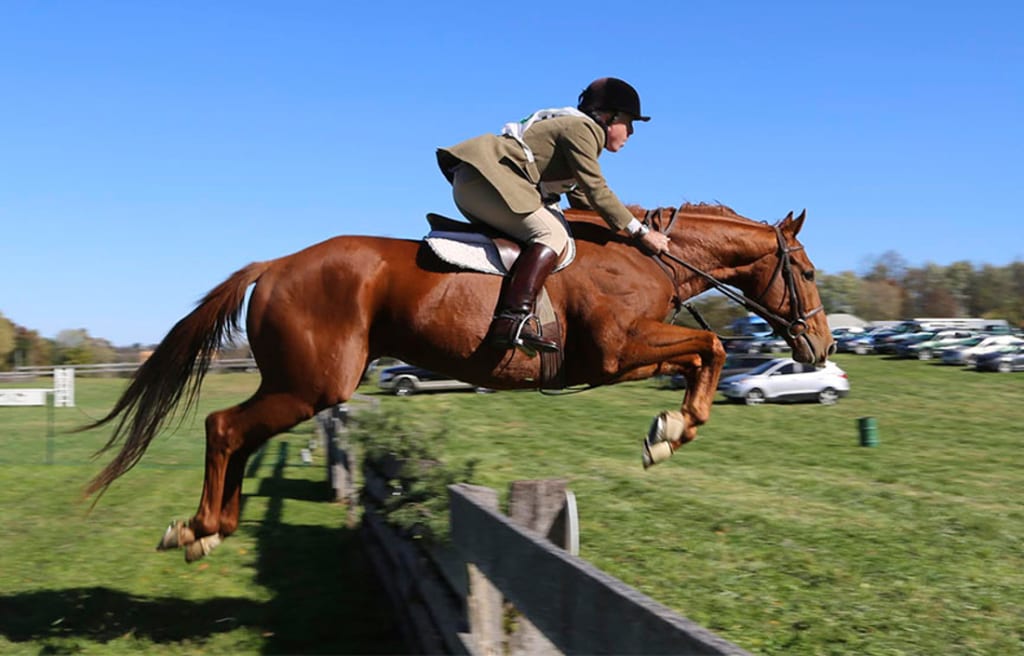 You don’t have to drive very far outside of the city of Baltimore to arrive in Maryland hunt country. Within 10 miles of the city proper, development gives way to farms; go a little further, and you’re in the heart of Maryland horse country, where races have been held for over a century.

Thousands of spectators show up every year for races like the Maryland Hunt Cup, first run in 1894, and the races at My Lady’s Manor in Monkton, over an estate established in 1713. Breeding, raising, and racing horses, both flat and steeplechase, are as much a part of Maryland’s identity as crab cakes and the Orioles.

But even the most time-honored, embedded traditions risk obsolescence without updating—witness the Orioles’ move from the team’s long-time home, Memorial Stadium, to Camden Yards in 1992—and steeplechase racing, like its flat track cousin, can struggle to remain relevant and vibrant in a world in which fewer people grow up around horses and who consider a day at the races an attractive entertainment option.

Faced with declining interest in the sport and a correspondent decline in ownership, the National Steeplechase Foundation is throwing a party—of sorts—at which the guests might well go home not with a swag bag, but with a new horse — a horse who, in many cases, began his career on the flat.

Danielle Oster was the first director of Shawan Downs in Cockeysville, Maryland. Now an equestrian center and steeplechase course, the farmland was purchased in 1997 by a group of local citizens as part of the Land Preservation Trust, and it will host the first Owners Symposium and Steeplechase Sale on Sunday, April 12.

“The National Steeplechase Foundation put together a task force to look at steeplechase racing and see what we could do to put some more energy in the sport,” said Oster. “Everyone agreed that the sport needs more owners.”

In addition, the event builds on the growing awareness among Thoroughbred owners of the need to provide soft landing for their retiring racers and among others in the equine community of Thoroughbreds’ versatility and ability to excel in many disciplines.

The event is designed to encourage both new and former steeplechase horse owners to get involved in the sport. A morning symposium will feature Hall of Fame trainer Jonathan Sheppard, steeplechase owner, Mike Wharton, and Dogwood Stable president Cot Campbell; after lunch and refreshments, a small group of steeplechase horses will be auctioned.

“Even if people don’t buy that day,” said Oster, “maybe they’ll start thinking about it.”

The horses represent a variety of racing experiences. Some, like Diplomat, winner of the Carolina Cup Hurdle Stakes last month, bring a wealth of jump experience to the auction ring. The five-year-old Sunlover, on the other hand, is the veteran of 20 flat races, most recently at Aqueduct on March 28, and he’ll be beginning his steeplechase career from scratch.

Some of the erstwhile flat horses present interesting profiles. De Chera, for example, the recent winner of a novice timber race at the Green Spring Valley Point-to-Point, is a half-brother to 2008 Belmont Stakes winner Da’ Tara. 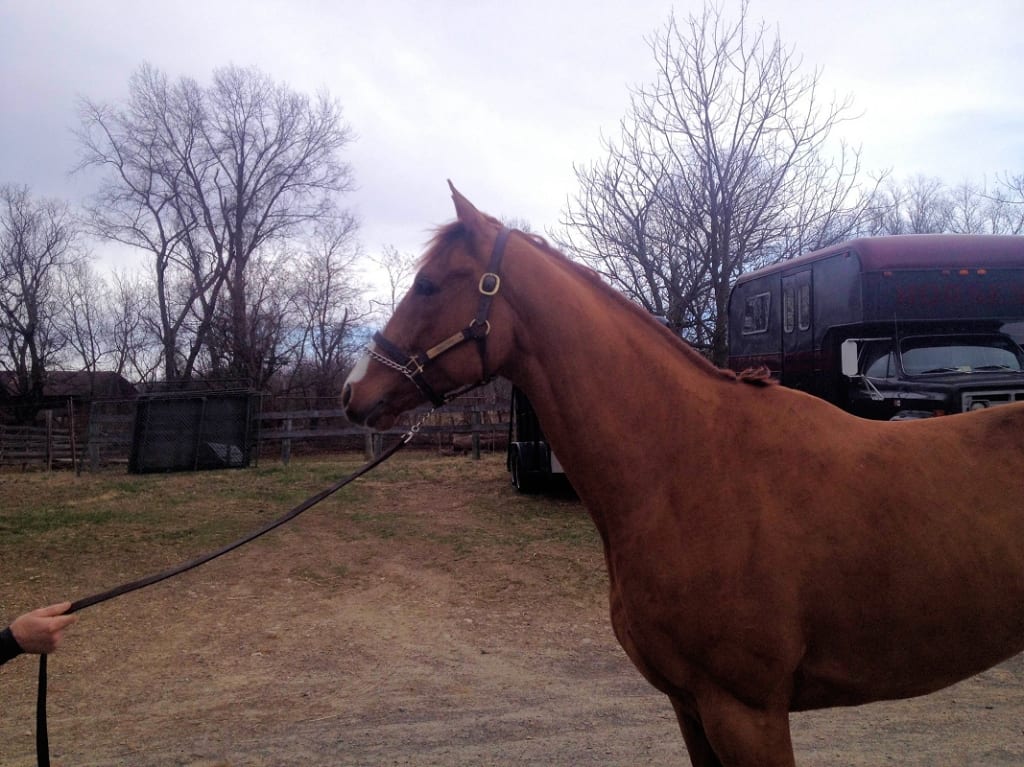 North Star Boy is another intriguing Thoroughbred. The Acclamation gelding was beaten just 2 1/2 lengths by champion Wise Dan in the Grade 2 Bernard Baruch last August at Saratoga and is currently pointed to the Henry S. Clark Stakes at Pimlico on April 18. “Could be a very nice hurdle horse for the coming season,” the website notes. “This horse will be campaigned on the flat in addition to jumping this year.”

Some of the horses for sale are designed to be sold as partnerships. Owned and trained by Sheppard, the multiple grade 1 placed jumper Barnstorming will be offered for a limited time lease, with a 49% share available at the auction.

“You can buy a 49% lease of Barnstorming for 2015,” Tobin explained. “At the end of 2015, you and Barnstorming can part ways if it didn’t turn as you’d like. But hopefully Jonathan Sheppard will have a new owner in his barn and we’ve got a couple of new people introduced to the sport.”

“You can dip your toe in the water without fear of drowning,” said Oster. “This is more affordable and not as overwhelming as buying a horse on your own.”

Veteran auctioneer Steve Dance will be doing the honors, and during the lunch break, horses will school over timber, hurdles, and logs.

The horses’ owners pay an entry free, and 5% of the sale price goes to the NSF. Profiles of each horse, along with race previews and interviews with jockeys and trainers, are available at the event’s website, Go Jump Racing. The group is also a presence on Twitter and Facebook.

Invitations have been sent to everyone who has owned a steeplechase horse in the last five years but who is not currently an owner. Oster and Tobin expect a crowd of about 200 people, among them trainers; interested parties can RSVP on the Go Jump Racing site.

“It’s an opportunity to make some money on their horses,” said Tobin, “and to be accessible to potential new owners and encourage them to get involved.”

“We believe that this is the first sale of this type in North America,” he continued. “But we’re certainly not attempting to become a sales company. We’re trying to stimulate the market and to bring together potential owners with potential sellers.”