Nik Juarez looks to “show what I can do” 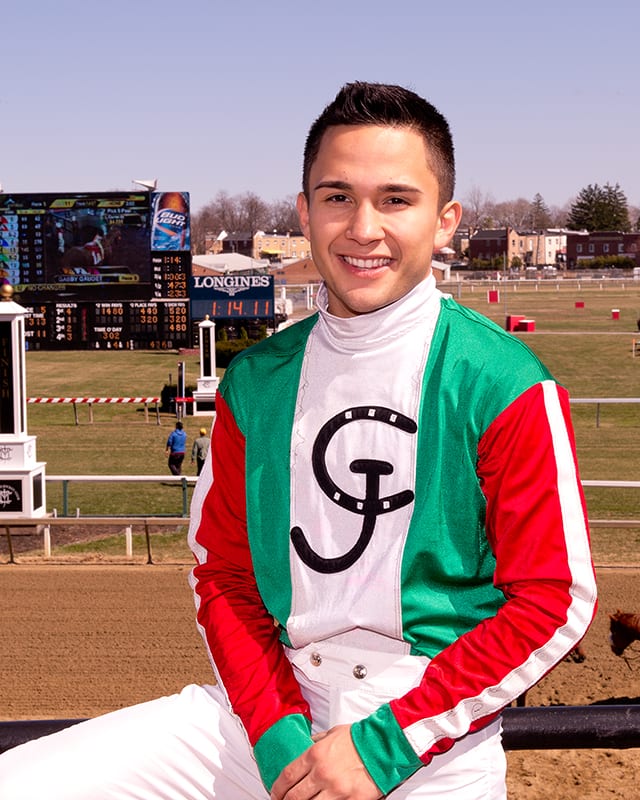 Apprentice Nik Juarez, who won aboard his very first career mount on Dec. 14, 2013 at Laurel Park, scored aboard his first mount back from a 6 ½-month hiatus Friday at Pimlico.

The 21-year-old native of Westminster, Md., who made a long-awaited return to the winner’s circle with It All Adds Up after Friday’s second race, hadn’t ridden since sustaining right hip injury in a spill at Monmouth Park on Sept. 28.

“I needed that. I got the monkey off my back right away,” Juarez said. “Let’s hope it’s a snowball effect from here. After an injury, with any rider, a lot of times people question whether they want to put you on a horse right away. I took my recovery very seriously. I went to physical therapy. I worked out every day. I just tried to get myself as good as I could, so when the time came, I’d be ready.”

Juarez healed rather quickly from the injury sustained at Monmouth, but the recovery process aggravated an old injury to his left leg sustained while exercising horses in 2013 before his riding career was launched. The graduate of Winters Mill High School opted for elective surgery to remove screws from his fibula and ankle in his left leg.

“It bothered me a little bit when I was riding. I guess after sustaining the injury to my right hip, the left leg was compensating. When I was recovering from the right hip injury, it was really bothering me. So, I said, ‘I might as well come back 100 percent and take out the hardware. I have the time to do it. I can put the ‘bug’ on hold,’” Juarez said. “I got the screws removed, and since then it’s been a complete turn-around. I’ve come back with more mobility, more strength.”

Juarez, the son of former jockey Calixto Juarez and the grandson of former exercise rider Charlie Linton, has five months remaining in his apprenticeship. He has ridden 42 winners from 412 starts, including a meet-leading 21 at Monmouth last year.  His mounts have earned over $1 million.

“I think starting off with a win (Friday), hopefully I can catch on,” Juarez said. “I think I can really make an impact and show people what I can do before I become a journeyman.”

Juarez has 14 mounts in the next three days at Pimlico, including five in Thursday’s eight races. First race post is 1:10 p.m.