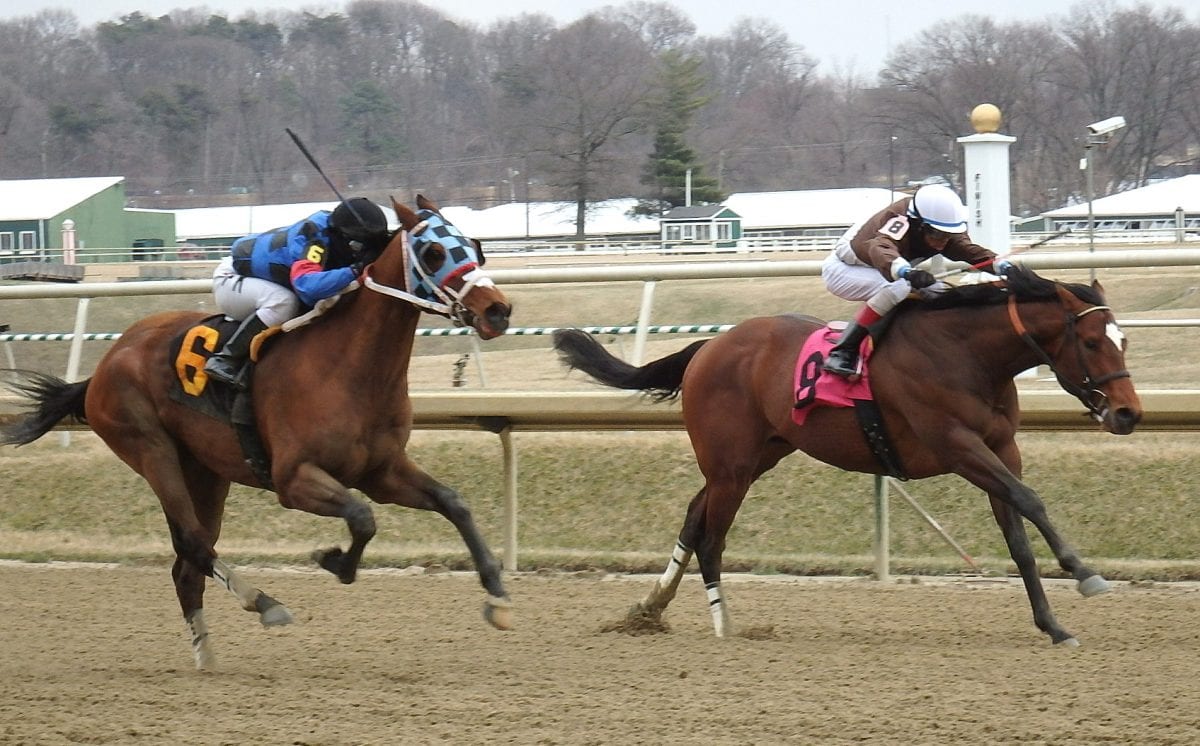 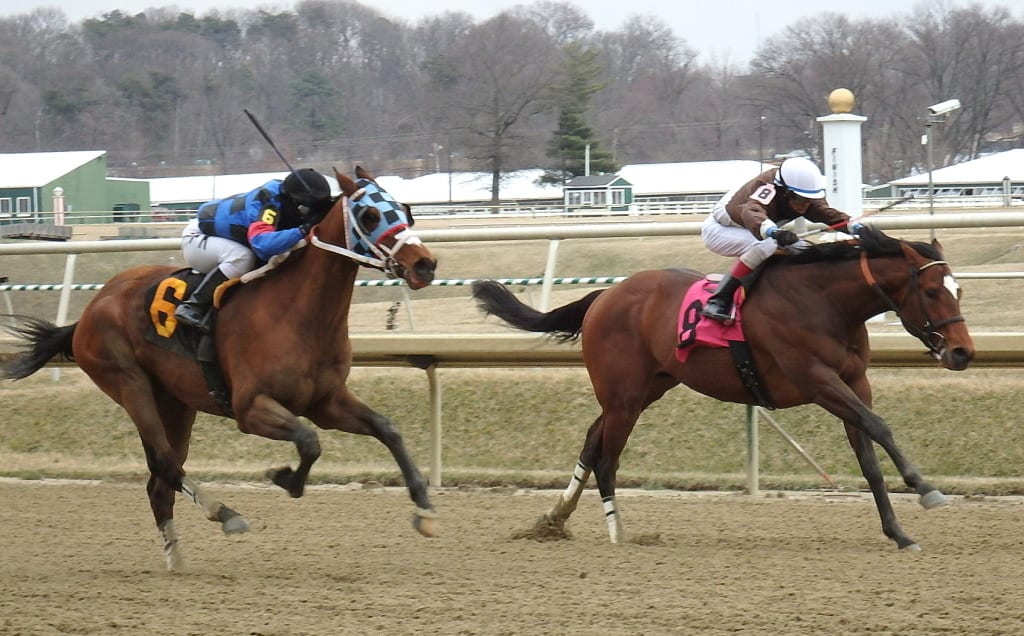 Noteworthy Peach (#6) ran down Top of Mind to win the seventh, paying $81 to win. Photo by The Racing Biz.

This is the way the meet will end: with a bang, as Laurel Park’s Jackpot Pick 5 will carry over into tomorrow’s closing day.

Any of four runners in the last race of the day would have triggered a payout of the entire pool.  But the best any of those four could manage was a late-running third-place finish by Best Number, while Showing and Trevor McCarthy rolled to an easy win in the $8,000 maiden claiming event.

As a result, the Pick 5 paid just $270.52 to anyone with four winners — despite a sequence in which three of five winners were serious longshots.

And there will be a carryover of more than $102,000 into tomorrow’s closing day, with a mandatory payout in the offing.

The complications began in the sixth race of the day, the second of the sequence, when debut runner How My Heart Works, for trainer Tim Keefe, upset favored Sweet Maya to win a maiden special weight.  The longest shot on the board, she paid $88.80 to win while topping a $511 exacta and a triple worth $2,515.

The gambling challenges didn’t end there, however.  In both the seventh and the eighth, the race’s longest shot also pulled off the upset.

In the seventh, a solid allowance heat for three-year-olds featuring four runners nominated to the Triple Crown, it was one of the four not so nominated, Noteworthy Peach, who registered the shocker, paying $81.60 in the process.  Trained by Gary Capuano, Noteworthy Peach rallied from sixth to nail favored Top of Mind in the last jumps and post a half-length win under Horacio Karamanos.  Noteworthy Peach now has two wins and two seconds from five starts.

Then in the eighth, yet another bomber, Fran’s Buckaroo with Abel Castellano up, rallied past Curlin’s Kid and paid $51.00 to win.  Trained by Tony Aguirre, Fran’s Buckaroo has now won four of 16 starts.

That left four live tickets into the nightcap.

The horses below from today’s seventh at Laurel Park are nominated to the Triple Crown. 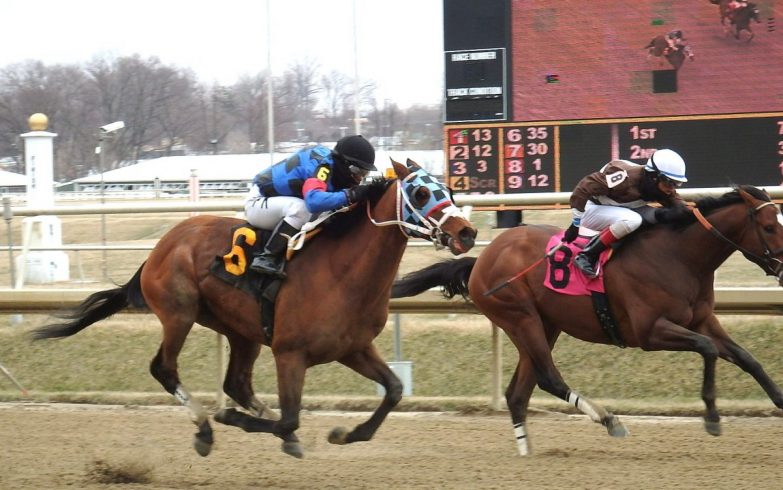 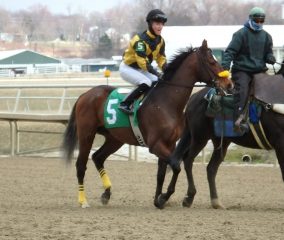 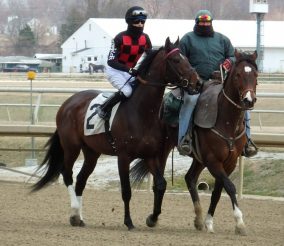 Sky Full of Stars. Photo by The Racing Biz. 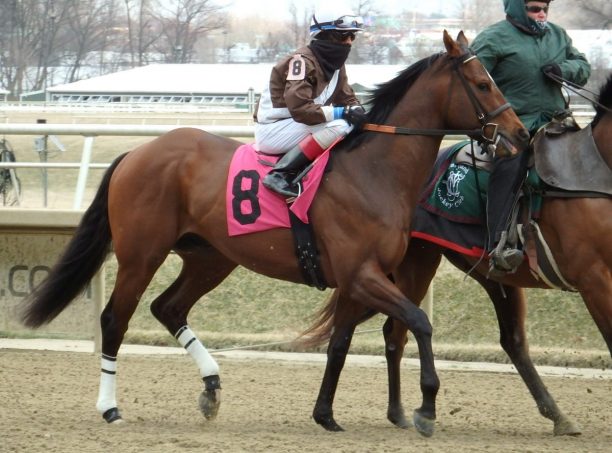 Top of Mind. Photo by The Racing Biz. 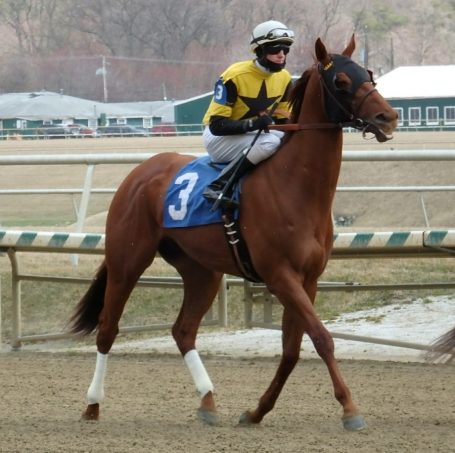