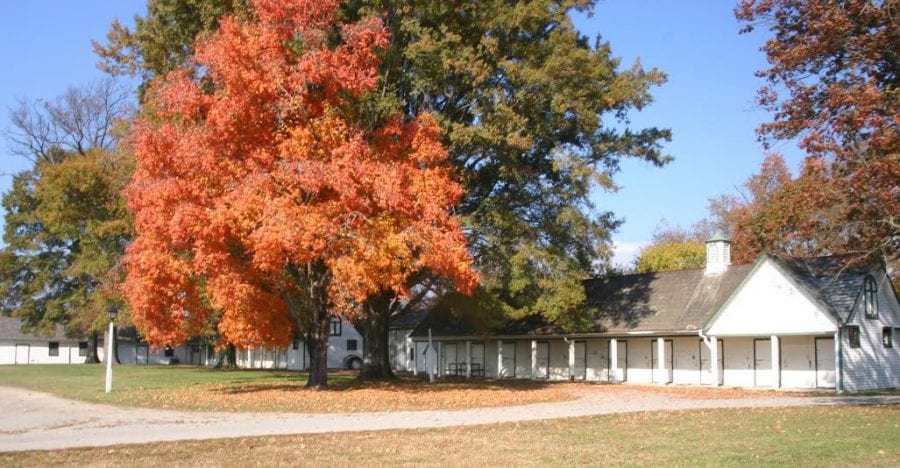 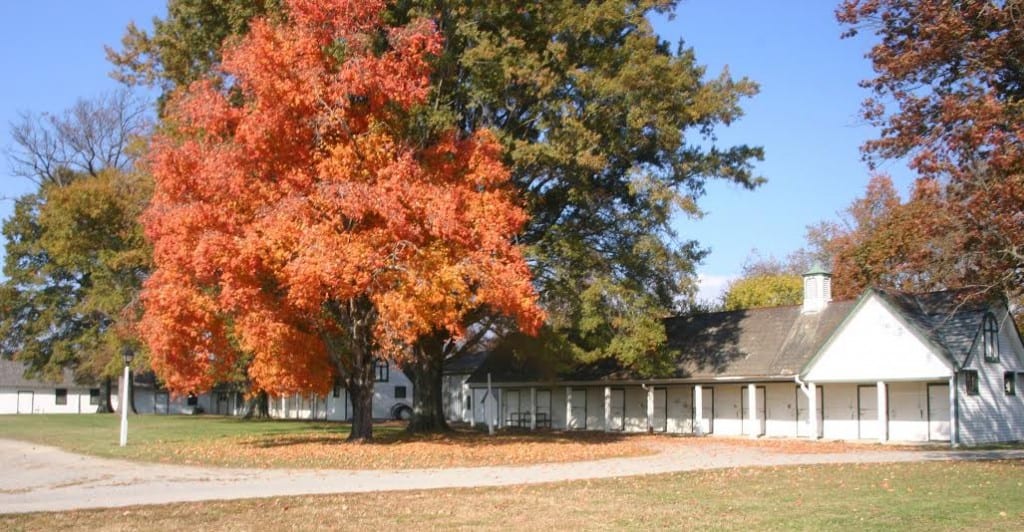 Barns at The Meadow. Photo courtesy of The Meadow Event Park.

As Leeanne Meadows Ladin and the rest of the staff of The Meadow prepared to throw a party for the 45th anniversary of Secretariat’s birth this weekend, they got a piece of news that gave them even more to celebrate.

(And yes, that’s her real name. Nomenclature is destiny?) 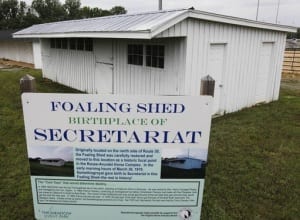 On March 19, Ladin, who is The Meadow’s Secretariat Tourism Manager and coauthor of Secretariat’s Meadow – The Land, The Family, The Legend, learned that the Virginia Department of Historic Resources had added Secretariat’s birthplace to the Virginia Landmarks Register.

The designation applies to the Meadow Historic District, which includes the foaling shed where Secretariat was born; his training barn; the yearling barn where he lived; and a yearling barn annex stallion barn, horse cemetery, well house, and pump house.

The district is part of The Meadow Event Park in Caroline Country, Virginia, which has been owned by the Virginia Farm Bureau since 2013.

“I am deeply honored that the birthplace of Secretariat is now listed on the Virginia Landmarks Register as the Meadow Historic District,” said Penny Chenery, the owner of Secretariat. “This designation is a fitting tribute to the land, our horses and my father’s legacy.”

The farm is worthy of historic designation — even if you take Secretariat out of the picture.

It dates back to 1805, when it was owned by Dr. Charles Morris, an ancestor of Christopher Chenery, Penny’s father. It remained in the family for a little more than a century, then was sold in 1911.

The farm changed hands several times, and after having made his fortune in the Great Depression, Chenery returned to the place that he had loved as a child and bought it. After refurbishing the buildings that had become dilapidated, Chenery founded a breeding farm that would become one of the most important in U.S. racing history, producing champions Hill Prince, Cicada, and Riva Ridge and then, of course, Secretariat.

When he fell ill in 1967, the family wanted, according to Ladin, to sell the farm, coming close in 1971, the year that Riva Ridge was 2-year-old champion and Secretariat was a yearling.

“If the farm had sold,” Ladin pointed out, “those horses would have been sold at a dispersal sale. And Riva Ridge is really the horse that saved the farm. The next year, he won the Kentucky Derby, which had been Mr. Chenery’s dream for more than 30 years, and then he won the Belmont, too.”

But by the end of the 70s, even Penny Chenery thought it was a good idea to sell, and through the next few decades, the property changed hands several times, not always for the good. One owner neglected the property, tearing down the original 1810 home after frozen pipes burst and caused significant water damage.

Now called The Meadow Event Park, the land and buildings are owned by the Virginia Farm Bureau Federation, and the Virginia state fair is held on the grounds annually. In addition, the farm hosts weddings, conferences, and other events year-round; the farm’s last private owner replaced the house that had been torn down, and it’s become the property’s event venue.

Ladin praised the Federation’s commitment to preserving what is left of the farm, including the cemetery where those homebred champions are buried. (With the exception of Secretariat, who is buried at Claiborne Farm, where he stood at stud.) She’s been doing tours since 2010, and it is she who coordinated the process for getting the farm designated a landmark.

“Hopefully, the historic designation will raise the Meadow’s visibility and attract more fans to our Secretariat tours and our other events,” she wrote in an e-mail. “The designation recognizes the historical value of a property and encourages present and future owners to continue to exercise good stewardship. On a personal note for me, I’ve wanted to do this for Penny Chenery since I wrote the book.”

But first, The Meadow will celebrate.

“We’ve had Secretariat celebrations since about 2010,” Ladin explained. “We invite as many of the Secretariat team that can come, and this year we’ll have his exercise rider Charlie Davis, writer Bill Nack, and Kate Chenery, who is Penny’s daughter and the co-author of the book with me.”

The weekend’s events will include autograph sessions, tram tours, and a VIP reception Saturday night, at which Nack will tell Secretariat stories. There will also be a Q&A with Davis and Chenery.

Secretariat’s descendants will also be in attendance, as people are encouraged to bring to the farm horses with Secretariat, Riva Ridge, or The Meadow in their pedigree for a parade in the show ring.

This year’s Secretariat Birthday Celebration is part of the Virginia Horse Festival, a three-day event beginning on Friday. Clinics and demonstrations of various breeds and riding disciplines are scheduled; equine industry vendors will be on hand as well, and no horse festival is complete without the opportunity for pony rides for kids.

But if you can’t make it to Secretariat’s birthday party (he was born on March 30) or to the festival, Ladin enthusiastically invites Big Red’s fans and racing fans in general to come to the farm throughout the year. 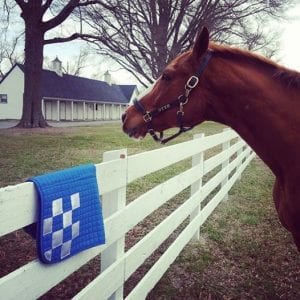 One of Secretariat’s descendants keeps watch over the farm. Photo courtesy of The Meadow Event Park.

“We do tours pretty much six days a week,” she said, “and we’re already booked into April and May. We’ll do whatever it takes to schedule a tour for people.”

Ladin has had her hands full, what with giving tours, planning the birthday weekend, and coordinating the historic landmark process. Now, she’ll wait to see what happens with the federal designation of The Meadow.

“The National Park Service will evaluate it,” she said. “They’ve got a 50-page package of narratives, maps, photos, logs, and architectural descriptions. They’ll go through it with a fine-toothed comb, and we should know in a couple of months if we’ve made the National Register of Historical Places.”

But in the meantime, she’s got some shopping to do, following the good news about the designation on the Virginia Landmarks Register.

And maybe a birthday cake, big enough for several thousand guests, suitable for a horse that helped put The Meadow, literally on the map.

More information on the farm and the weekend’s events is available at the websites of the Virginia Horse Festival, Secretariat’s Meadow, and The Meadow Event Park.